Father’s disturbing 911 call played in infant death case: ‘She was dead as a doornail’ 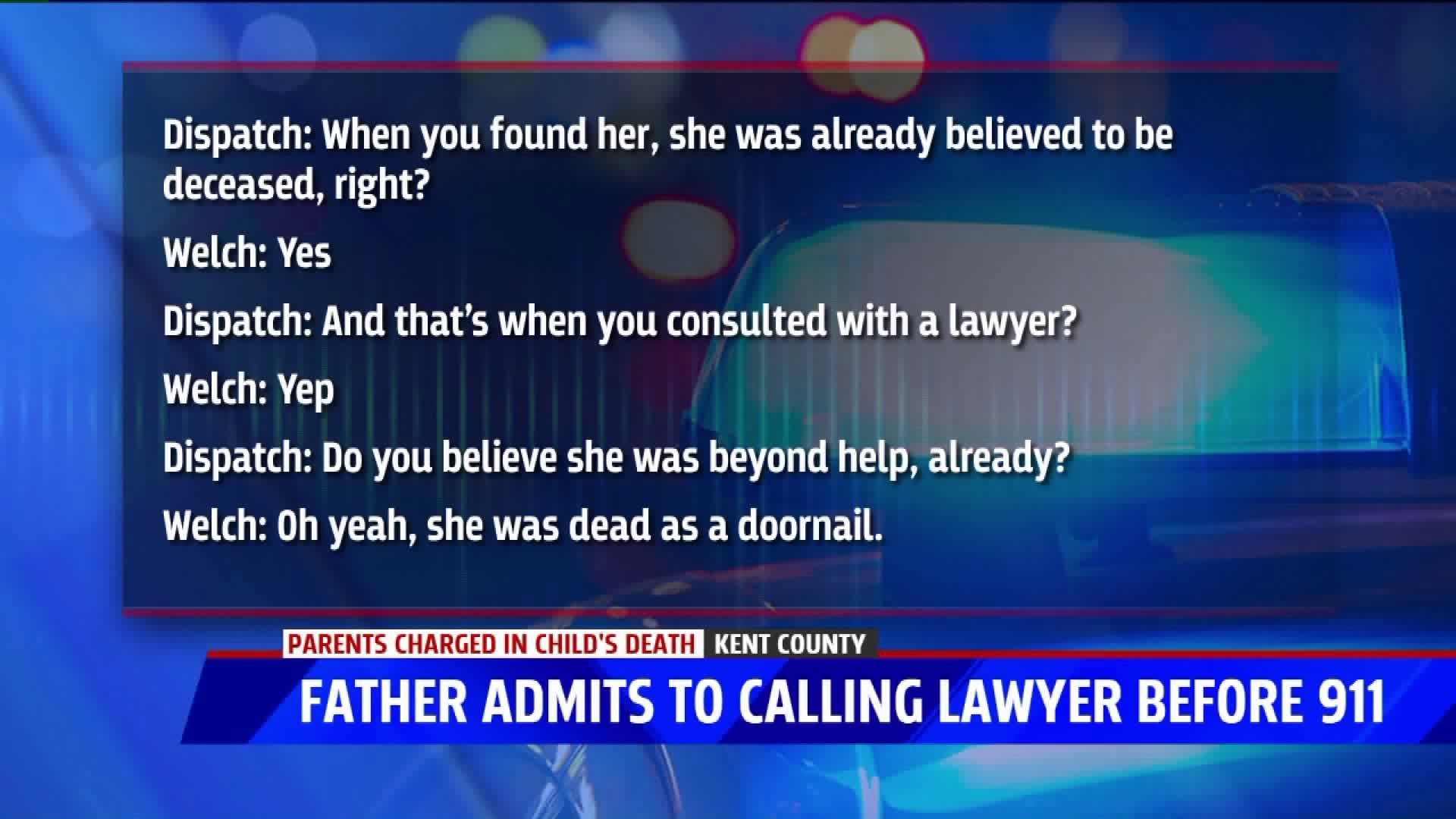 GRAND RAPIDS, Mich. -- A disturbing 911 call was played Wednesday during a preliminary hearing for a Kent County couple accused of killing their child.

Seth Welch and Tatiana Fusari face murder charges for the death of their 10-month-old daughter Mary in August.  They allegedly allowed Mary to starve to death.

In a 911 call that was played in court Wednesday, Welch calls Kent County and tells the dispatcher that one of his children is dead. When the dispatcher asks why he thinks that, he says, "I have no idea. We just woke up and she's dead."

The dispatcher goes on to ask Welch what he is observing and he says the child isn't breathing and there isn't a heartbeat.

Then the dispatcher asks Welch how long ago he found Mary and he says "about an hour and a half. I called my lawyer...to ask what's the best thing I can do, and they said wait until they're here to call police...I was waiting on legal counsel."

In the call, Welch says he put Mary to bed at 3 p.m. on the day before and then first went to check on her at about 10 a.m. the next day. The dispatcher asked again about the delay and then asked if Welch thought the child was beyond help when he found her.

"Oh yeah," Welch told the dispatcher. "She was dead as a doornail."

The couple earlier told police that the child had been sick, but they didn't seek medical help for Mary for religious reasons and for fears of Child Protective Services. They also said they didn't trust medical services and the couple was aware the child was low in weight for at least a month before she died.

The two were bound over to circuit court for trial after Wednesday's hearing.