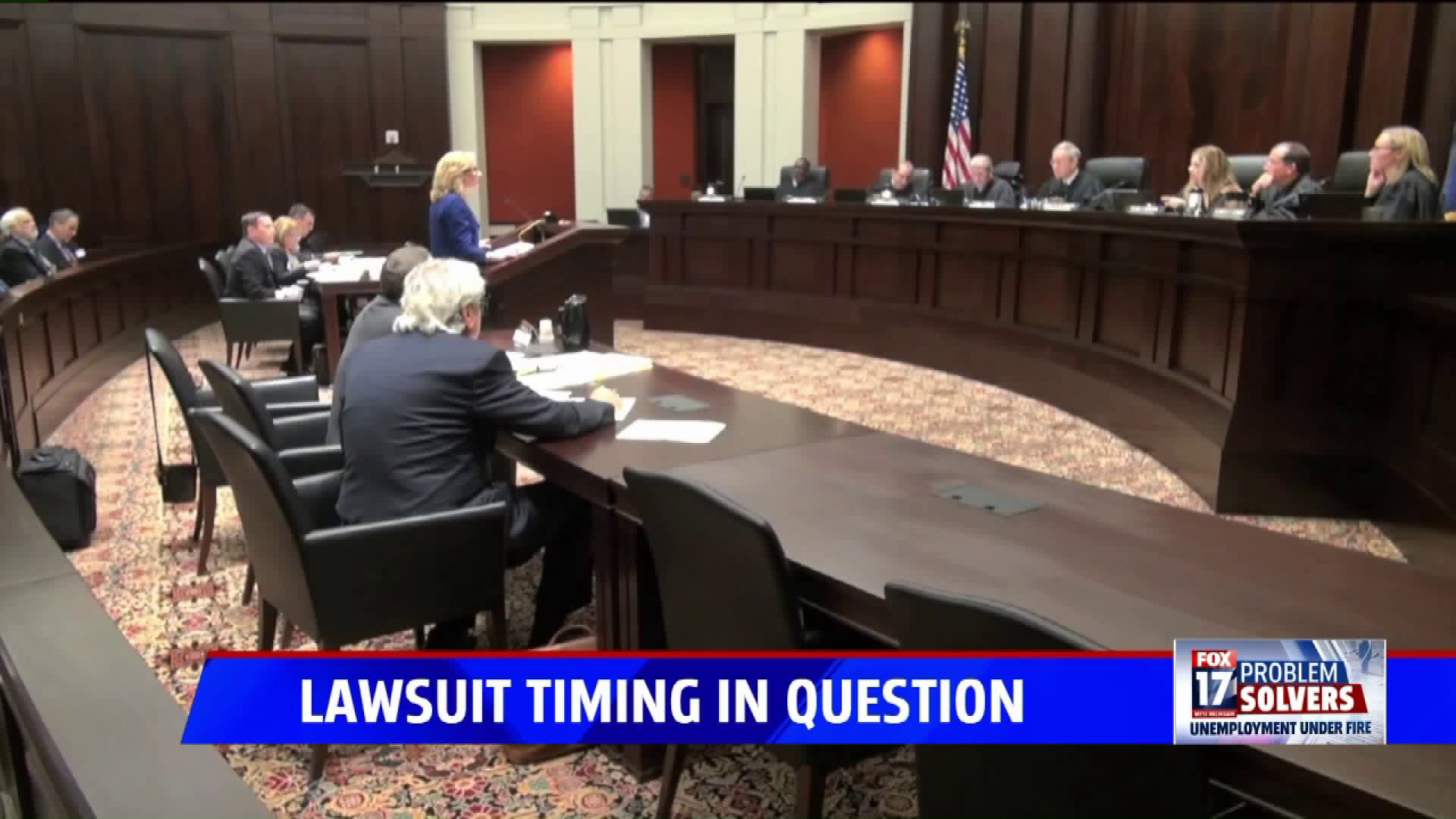 LANSING, Mich. (AP/FOX 17) — The Michigan Supreme Court is hearing arguments in a case that will determine if people who were wrongly accused of defrauding the unemployment program can sue the state.

An automated computer system run by Gov. Rick Snyder's administration was a disaster. Thousands of people were accused of cheating to get unemployment aid. They were forced to repay money, along with substantial penalties, before the state acknowledged errors.

The issue for the Supreme Court on Wednesday is a technical one: Did plaintiffs wait too long to sue ?

The Unemployment Insurance Agency is being represented by Attorney General Bill Schuette's office. Schuette, a Republican candidate for governor, says the computer system "failed Michigan." But he says he must defend the state regardless of whether a law is good.

The FOX 17 Problem Solvers and reporter Darren Cunningham has been reporting on the problems with the UIA for years. He'll be at the hearing and will have more from Lansing on later editions of FOX 17 News.