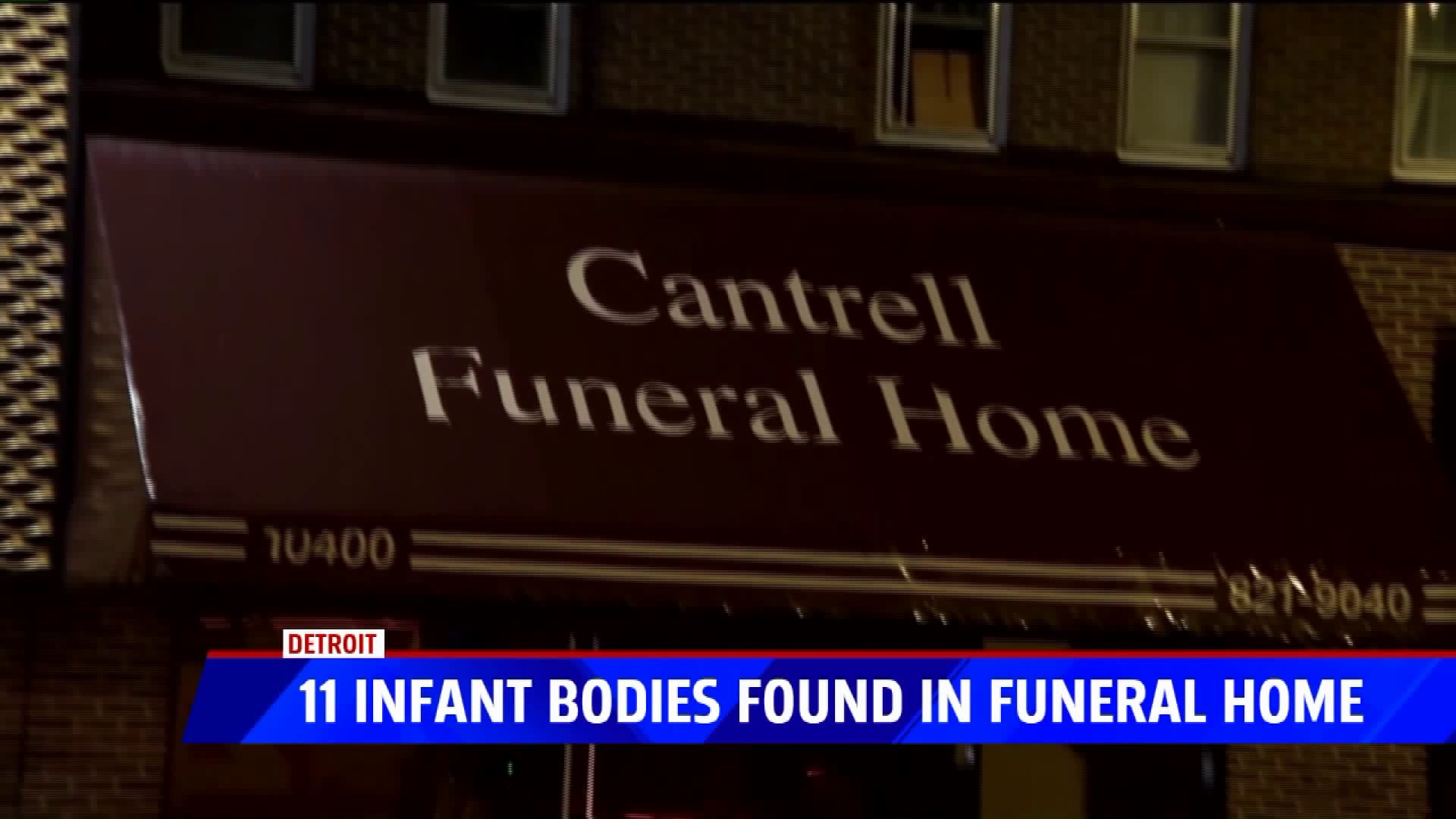 DETROIT, Mich. -- Detroit police say the bodies of 11 babies have been found hidden in a ceiling of a funeral home that the state closed six months ago.

Construction workers found them at the Cantrell Funeral Home on Mack Avenue at about 5:30 p.m. Friday, according to FOX 2 Detroit.  Police say nine bodies were found in a cardboard box and two were found in caskets.

The Wayne County Medical Examiner is now taking custody of the remains, according to FOX 2.  Detroit police have ordered a search of the building to ensure there are no additional bodies inside.

Michigan's Department of Licensing and Regulatory Affairs suspended the license of the funeral home in April after inspectors found decomposing embalmed bodies and other violations. Violations also included two improperly stored bodies covered in what appeared to be mold and a third body with unknown fluids covering the facial area.

FOX 2 reports that Raymond Cantrell, who took over the business last year, admitted to holding preserved bodies in an attempt to accommodate people who weren't yet able to pay for their loved ones to be buried.

The Associated Press contributed to this story