Small numbers and no practice field, no problem for Tri-Unity Christian 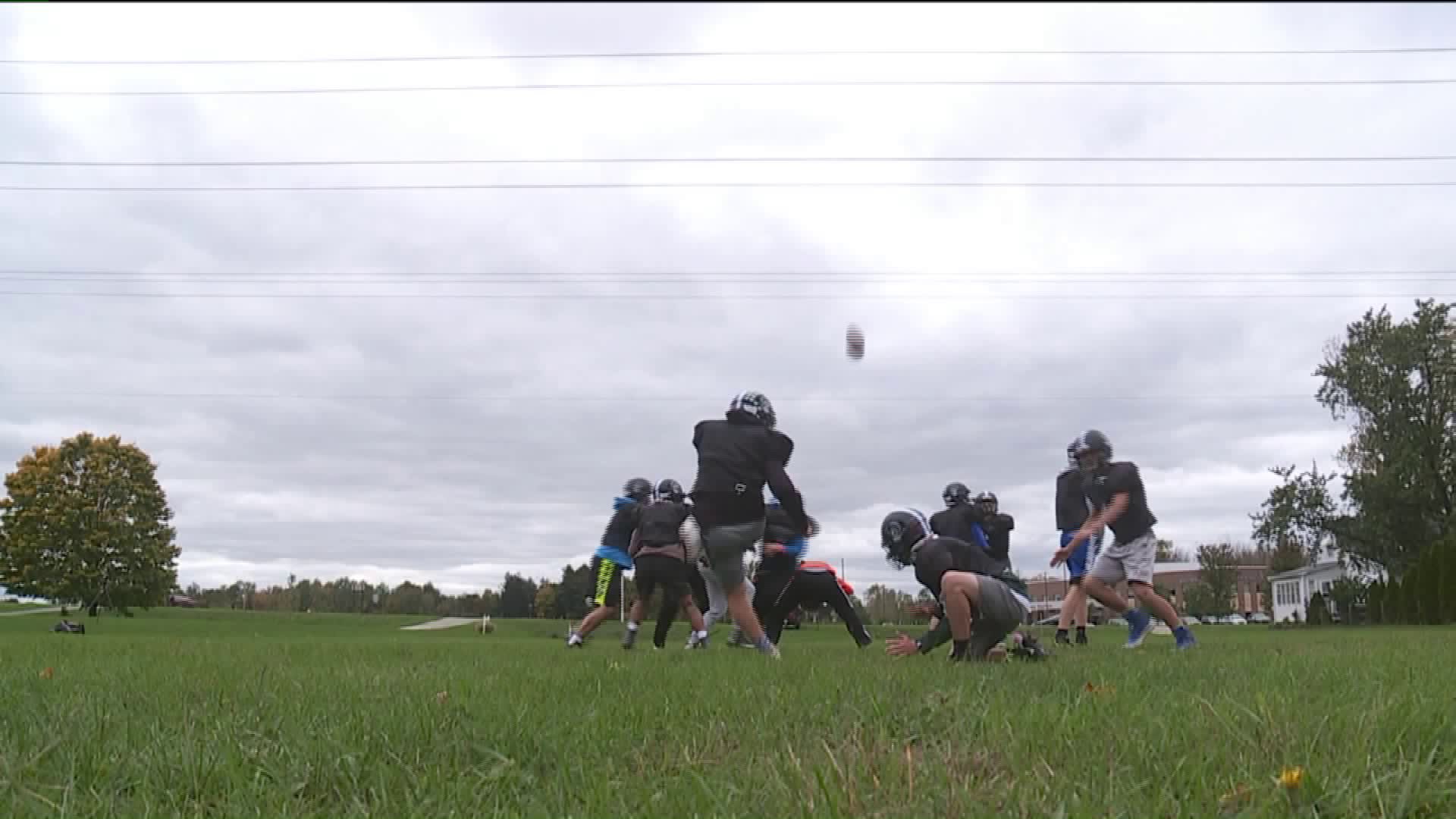 WYOMING, Mich -- Football at Tri-Unity Christian is not like football anywhere else.

“We have twelve players on our team so we get to play the majority of the game” senior wide receiver and linebacker Bennett Sinner said. “It is kind of the same group of guys that are out there so you know who you are with and you know what you are doing.'

While 12 is a small number even for eight player, it has not been a negative for the Defenders.

“It makes it easy because there is not as many people to worry about” 3rd year head coach Tim Heath said.  “When you only have twelve it makes practices go faster, in a lot of ways what people look at as our disadvantage is our advantage we get to get a lot of reps, everyone`s part of the team, everyone`s playing and everyone has a role.”

Chemistry is something every team strives for, and with such a small group, it has become the number one strength the Defenders this fall who carry and a perfect 8-0 record into this week`s season finale at Colon (8-0).

“We are really close together” senior running back and wide receiver Benson Heath said.  “We have been playing with each other for a long time so we get along very well and we really love each other.”

Without any other eight player schools near it, Tri-Unity plays in the Midwest Central Michigan conference made up schools in the Traverse City area like Central Lake and Suttons Bay.  The away games are between two and three hours away, but with only twelve players, no bus is needed.

“We have started to just car pool and drive up there” Tim Heath added.  “I think other schools see these twelve guys get out of cars and we are not overly big and they probably think how can this be Tri-Unity Christian but once the game starts and we start hitting them they know who we are real quick.”

The Defenders play their home games Gezon Park in Wyoming which is closing for the season so they plan to play at Lee High School`s field if they host playoff games.  Tri-Unity just opened a new school last year and there is still some work being done outside, so for now the team is practicing in someone`s front yard.

“I think we are extraordinarily blessed by the Bremmer family to let us come out here” Sinner added.  “It`s not like a normal football team but as far as I am concerned it is 40 yards of flat land and it has worked great for us.'

Some of this year’s players were part of the 2016 team that had an unbeaten regular season and are relishing the final go round this fall.

“I`m enjoying it a lot” senior quarterback and safety Brayden Ophoff said. “It surprised me this year and I am enjoying every minute, just remembering everything that happens this year.”

The Defenders play at Colon Friday night at 7 p.m. and will learn its playoff fate on Sunday night when the state playoff pairings are announced.