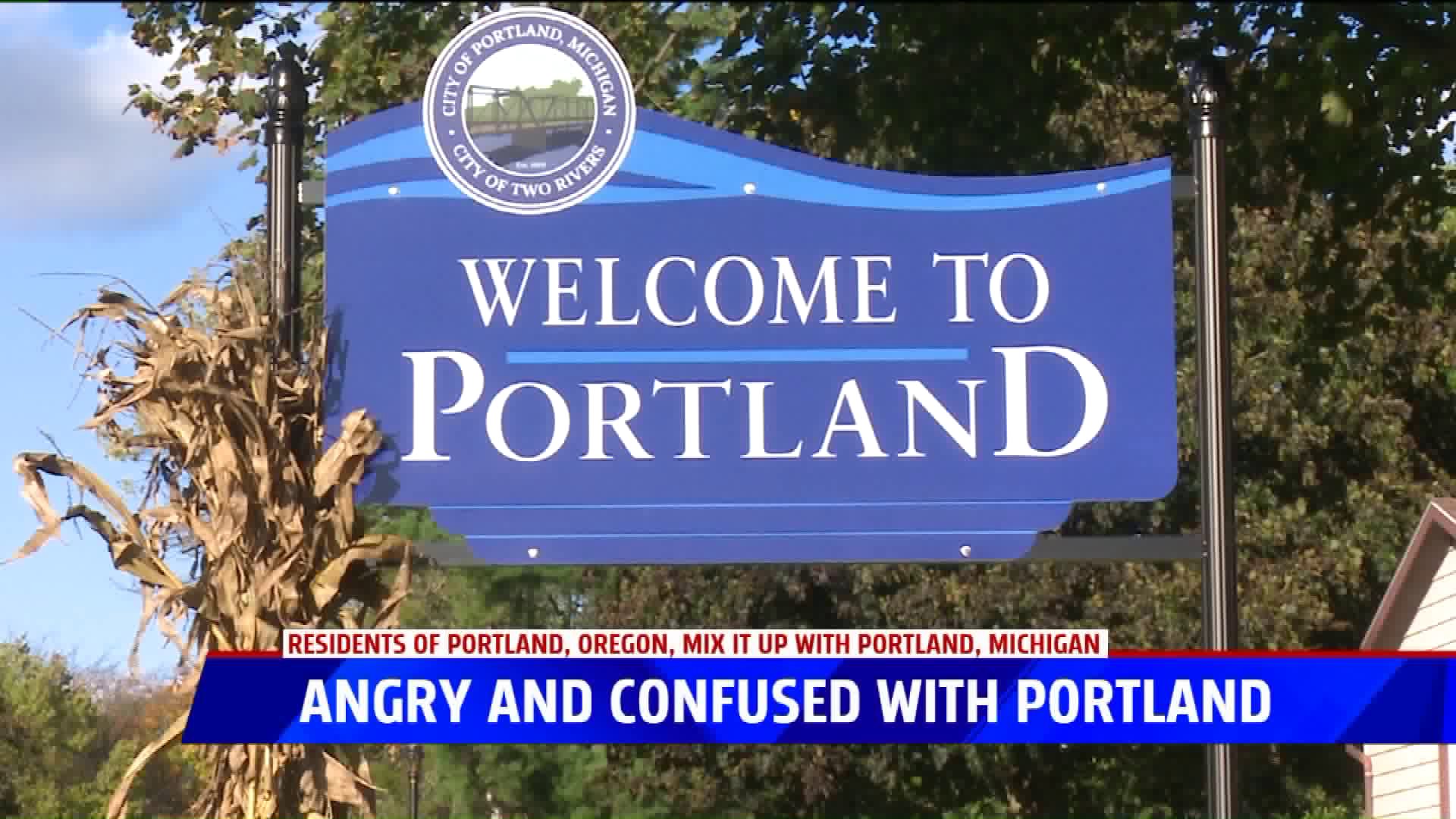 PORTLAND, Mich. -- A small town in Ionia County is getting some big attention from people out on the Pacific Coast. That’s because the cities share the same name, which can cause some confusion.

The City of Portland has about 4,000 residents. That’s compared to Portland Ore., which has almost 650,000. City leaders in Michigan say they’re often confused for their west coast counterpart and have the social media messages to prove it.

It has caused them to take to Facebook for clarification.

The City of Portland in Ionia County is a small, quiet town where not a lot happens.

"Our last homicide was in 2012 and we’ve only ever had two homicides in this entire city in the history of Portland since 1869," said Chief of Police Star Thomas.

Crime rates are low and the city is often associated with a tornado that hit in 2015, but messages coming into the police department’s Facebook page paint a different picture.

"You should be embarrassed for what you let happen to the citizens of your city when Antifa was blocking traffic and harassing drivers," said Thomas, reading one of the Facebook messages sent to their page.

That’s because their Facebook page is often contacted by residents trying to reach police in Portland, Ore.

"When someone is passionate about an issue who’s sitting over there, and they type in 'Portland Police,' it’s just what comes up," said City Manager Tutt Gorman.

"We’ve been accustom to receiving steady complaints that are directed at the Oregon Police Department, but it was early last week that it clearly spiked," said Gorman. "There was something going on clearly in the city of Portland, Oregon and so it became such that it was necessary to point out or make a statement to clarify that these had nothing to do with our local department and it certainly does not reflect our set of values and certainly not our residents either.”

"Recently we’ve been told we shouldn’t exist, there’s no reason for our existence, why are we even here, and then there are some messages that have been taken down or removed just because of the vulgarity.”

Despite many efforts to make it more clear the department’s in Michigan, they’re still getting messages every day.

"A department unsurprisingly but still disturbingly giving material support to Nazis by selectively protecting bigots and refusing to help justify counter protestors," said Thomas, reading another Facebook message sent to them. "Left coast is a (expletive) distraction from the very real bigotry found here just like across the nation since its foundation.”

Chief Thomas says she sometimes receives messages with crime tips that she has to try and figure out where they come from, since there’s almost 30 cities named Portland throughout the country. She then tries to send them to the right law enforcement agency.

Thomas also says that residents in Portland, Ore. have actually reached out and apologized for the hurtful messages that’ve been coming in to them.