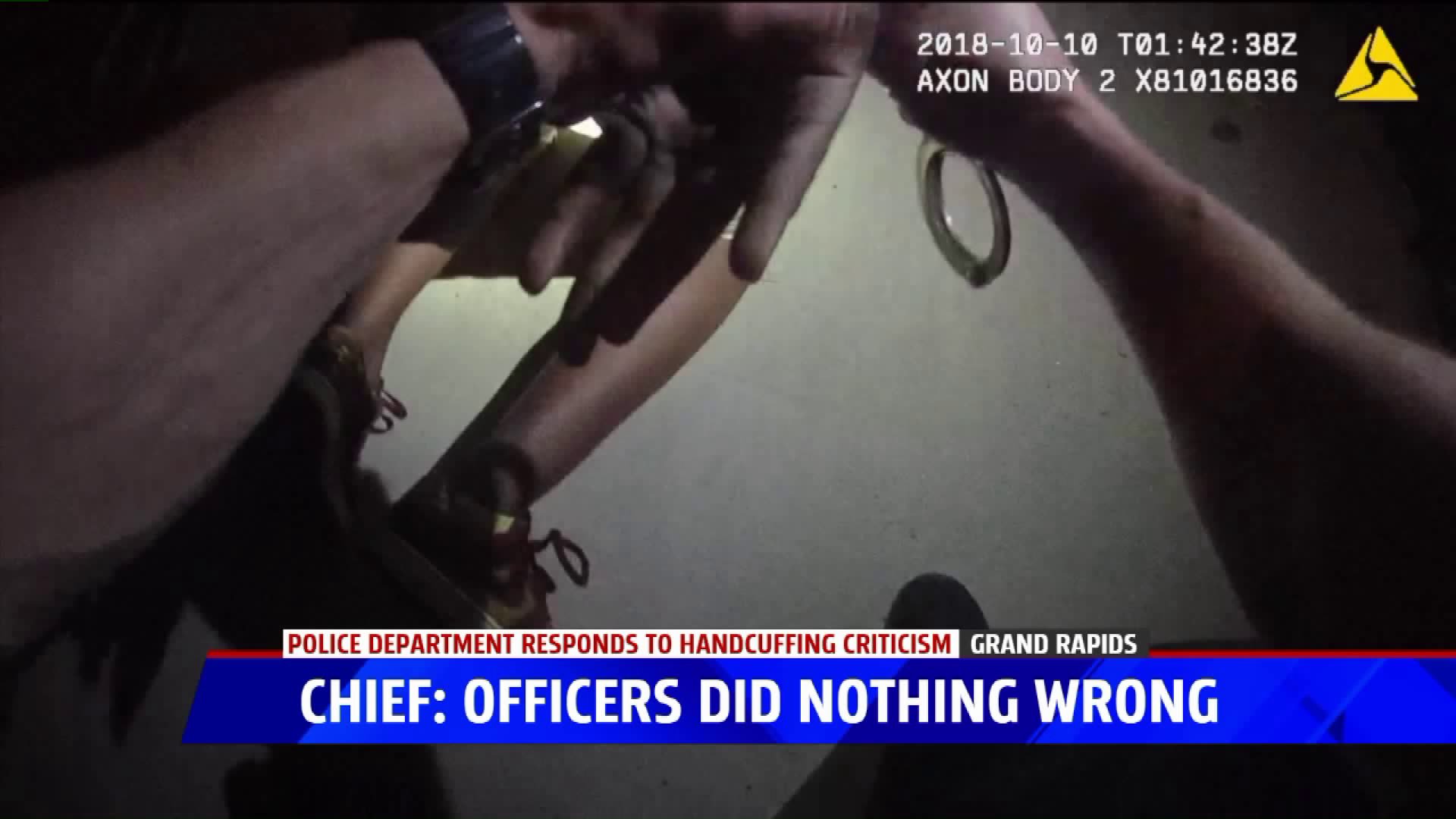 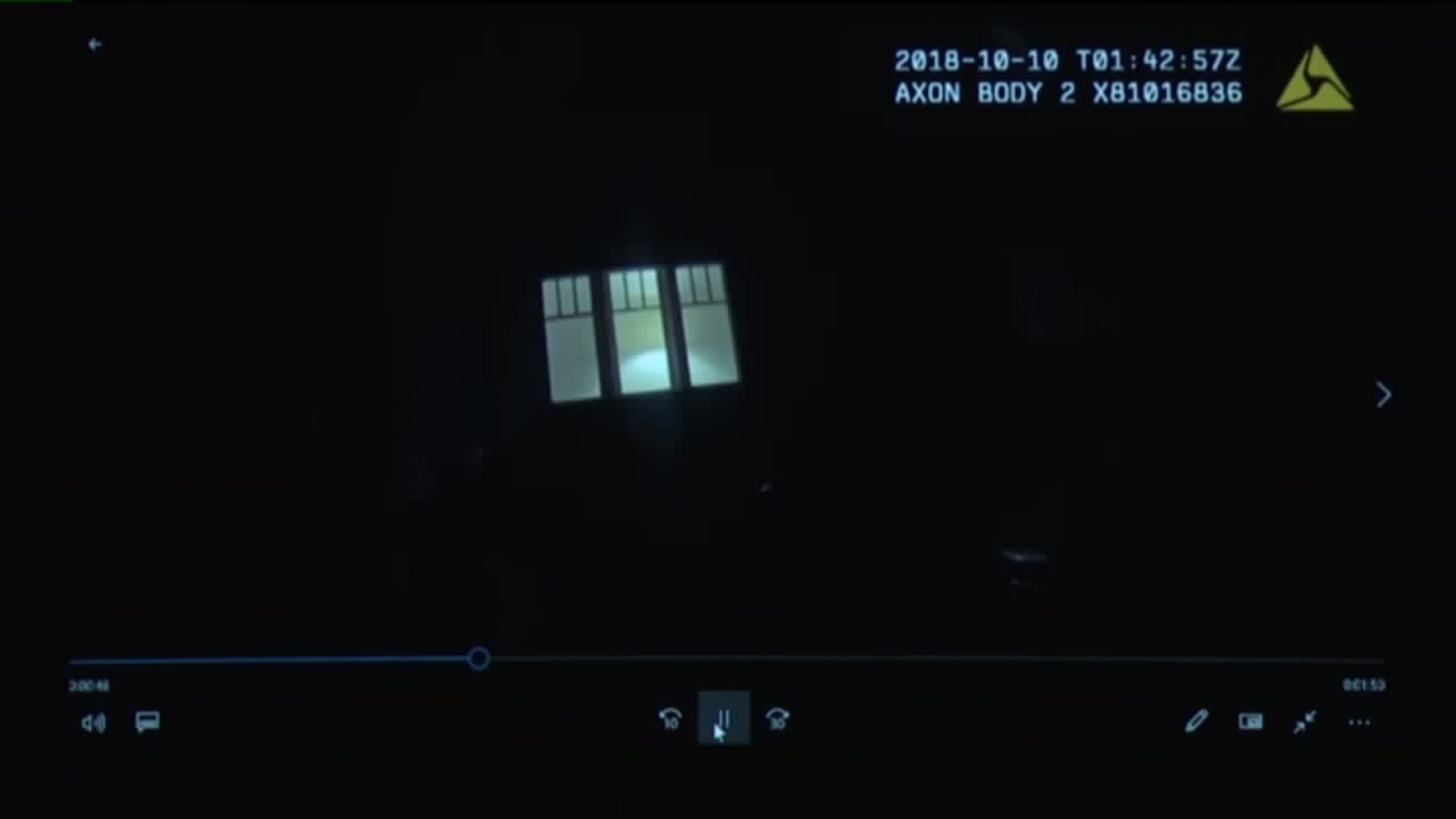 GRAND RAPIDS, Mich. - Grand Rapids Police have released body camera video and 911 calls from the night a 12-year-old girl was handcuffed during a shooting investigation.

Police say the incident happened after they were called to Batavia Place NE just north of E. Fulton Street at about 9:05 p.m. on Oct. 9. A person called 911 to report a shooting at a nearby house and seeing a woman running from the home. The 911 call was played for the media at a Tuesday morning press conference.

When officers arrived in the area, police say a car was leaving the residence where the shots were reported. The people in the vehicle were detained and later released. Police  also made contact with four people inside the home, two of whom were children. It was at this time that the department says a 12-year-old girl was handcuffed and searched for weapons.

In the body camera video, police are seen explaining to the girl what they were doing and that they had to search for weapons because of the report. The girl was in handcuffs for about two minutes and cooperated with police. When police found no weapons on her, she was released.  Another child present, a 10-year-old, was not cuffed.

Police Chief David Rahinsky said in the press conference that they were not aware that the incident had caused an issue with the resident or the child's parents until receiving media inquiries.  Rahinsky said that he wishes residents and City Commissioner Robert Womack would contact police with concerns before contacting the media.