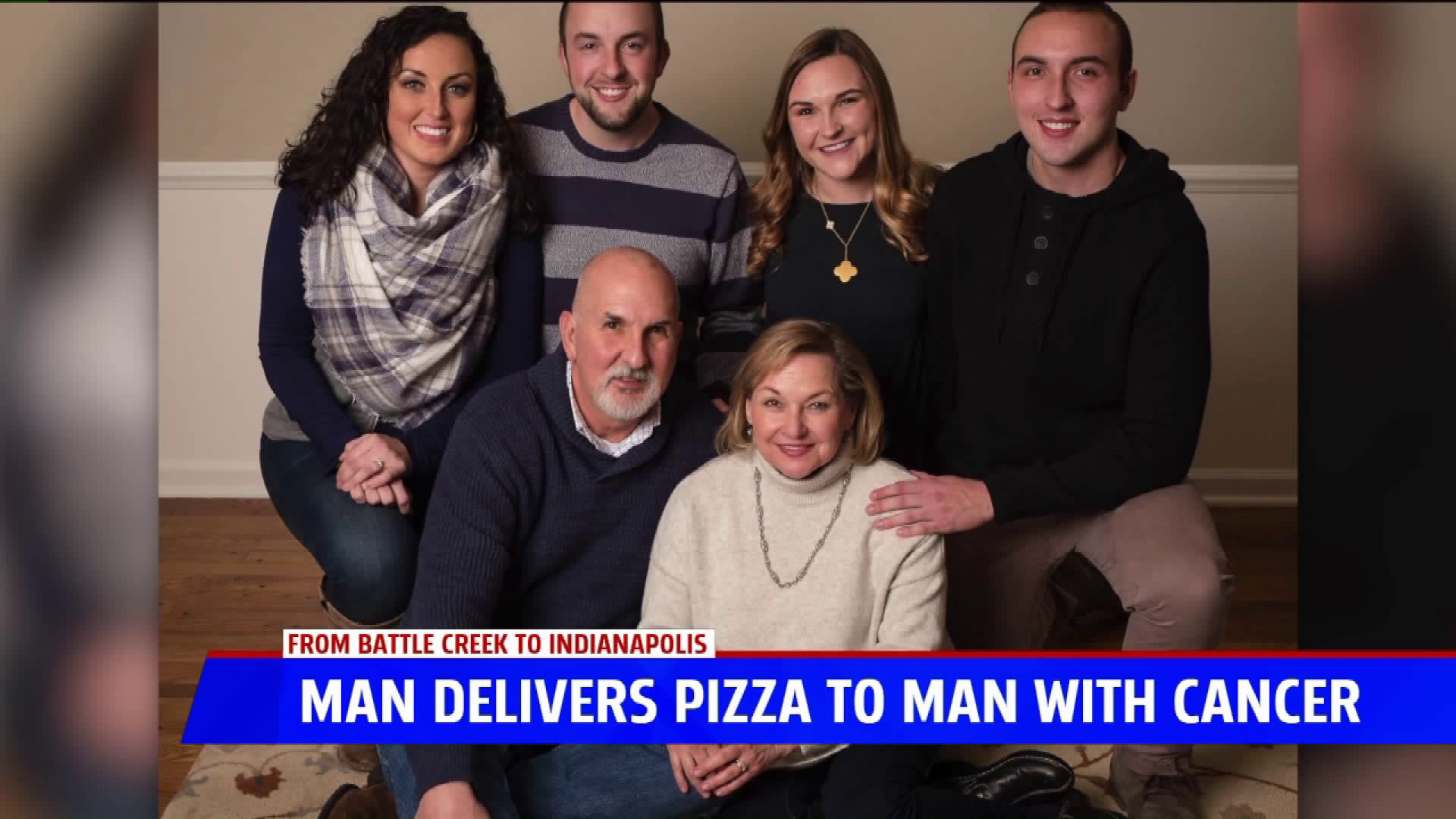 BATTLE CREEK, Mich. -- It's probably a bit too much to describe a pizza as "life-changing," even though some people do. But in this story of an above and beyond delivery, life-changing might be an understatement.

If it was your last pie ever, where would you order from? For Julie Morgan and her husband Rich, the answer has always been Steve's in Battle Creek.

"Whenever they got a paycheck they would go to Steve's Pizza because they loved his pizza," Julie's dad David Dalke said.

However, the couple moved over 20 years ago, and their orders stopped. But the pizza restaurant never faded from their memories, or their taste buds.

The couple recently planned a trip back to Michigan, and Steve's, when the unexpected struck.

"They were so thrilled to do it, thought it would be a great reminiscence, good memory," Dalke said. "But instead what they ended up doing was going to the ER at the hospital and Rich's diagnosis was that of severe cancer."

As Rich prepared to go into hospice some 200 miles away, at Steve's, 18-year-old Dalton Shaffer was cleaning up and closing down, when the phone rang. Dalke was on the other end of the line.

"He said that his family was thinking about coming up and grabbing pizza and things like that," Shaffer said. "But due to the circumstances they weren't able to do that."

So that night, minutes away from breaking free of work, Shaffer made an odd suggestion.

"I offered to bring pizza to them," he said.

And he did. While the Morgans slept, unaware of what was coming their way, Shaffer made the three hour drive across state lines to Indiana for a pizza shop that doesn't even deliver.

"And I went out to meet him around 2:30 [a.m.], he got out of his car and acted like he was delivering pizza, he said 'Here's your pizza!'" Dalke said. "He opened them up, 'Here you go: pepperoni, pepperoni and mushroom.'"

"The family came up, gave me a hug and everything like that, and it was cool," Shaffer said. "The expression on their faces and everything, was really cool."

It was his first delivery, and perhaps Rich Morgan's last Steve's Pizza, but it was certainly no burden.

"Anybody that's watching this... keep them in mind and pray for them," Shaffer said. "And I hope the best for them and I hope the Lord brings them comfort."