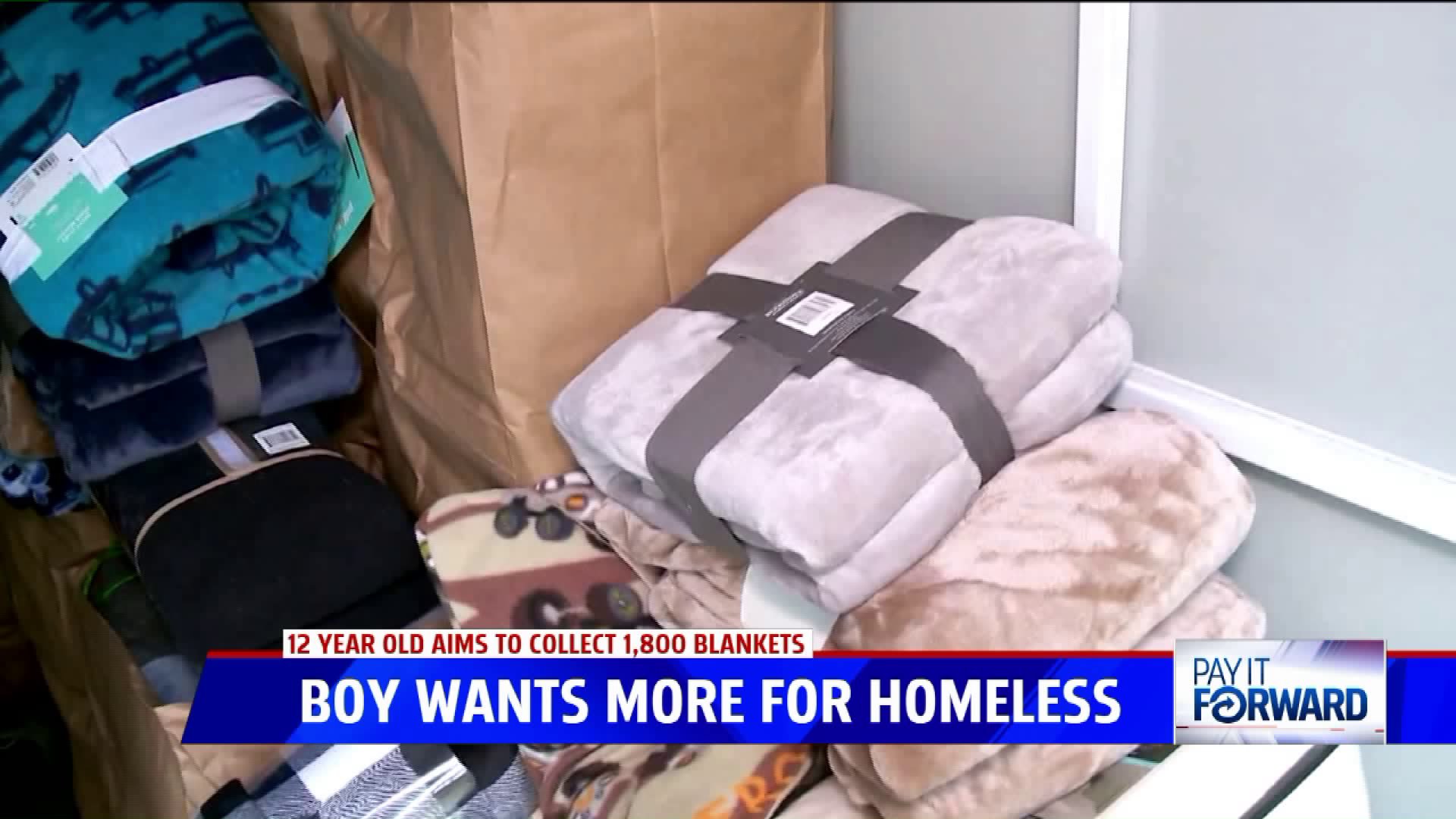 “We mostly just collect blankets,” Verhage said during an interview at his home in Gobles. “This year we are also collecting sleeping bags for the people in downtown Kalamazoo who are homeless.”

His goal is to collect 1,800 blankets and sleeping bags, he said. So far he’s gathered over a thousand. People have been dropping them off into large cardboard boxes placed at over 36 different locations throughout West Michigan. Last year, there were only 15 boxes he said.

“More people get warm every year because we collect more blankets every year,” said Verhage, who created Samuel's Blankets for the Homeless.

Wednesday afternoon, he and his mom Denise stacked a few blankets in their storage unit. They then drove to Centerpoint Church on 10th Street to pick up a few more. Verhage hopes to reach his goal by Thanksgiving, a deadline he set for himself before the winter comes in.

“Each year, around now, it is very freezing,” he said. “In fact it is freezing right now. So the winter nights are very harsh in Michigan.”

It was a winter night four years ago when he decided to create Samuel’s Blankets, he said. He saw homeless people sleeping in Kalamazoo’s Bronson Park and he said it broke his heart.

“I thought maybe they’ll be cold in the winter,” Verhage said. “So I brought the idea to my mom and that’s how Samuel’s Blankets For The Homeless got started.”

Since then, he’s collected and distributed more than 3,000 blankets. This year, on the day after Thanksgiving, he will distribute the blankets to the homeless men and women at MLK Park on Rose Street. He's hoping the public will help him reach and exceed his goal. He said all that's needed is a heart of compassion.

“Just to have a heart for people who are needy,” Verhage said.