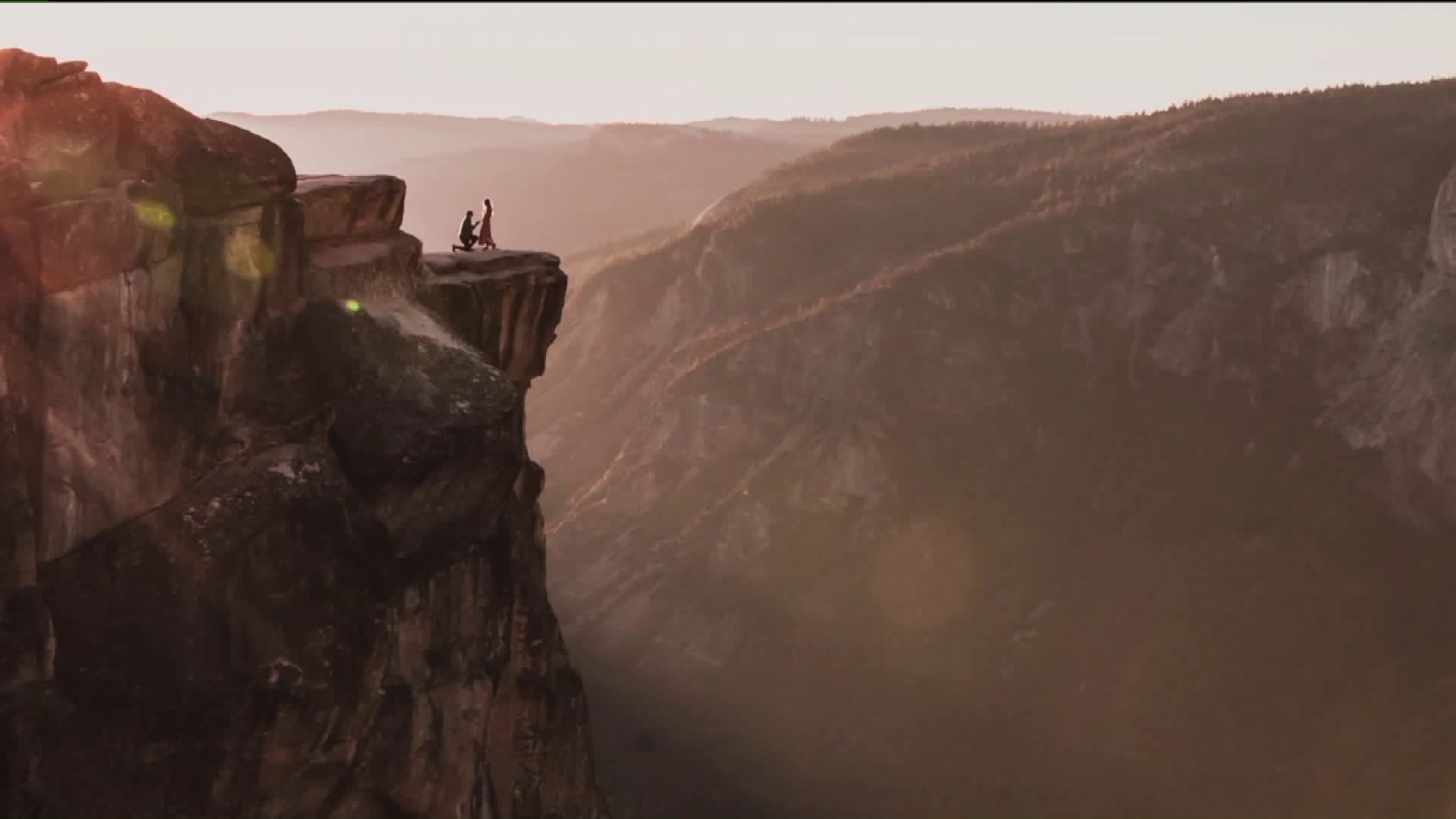 CALEDONIA, Mich. -- A Michigan photographer snapped a special moment completely by accident. Matthew Dippel was shooting at Yosemite National Park when he snapped a picture of a proposal in progress, and now he wants to find the couple he captured.

He says he was shooting the beautiful landscape at the park, only to notice two people in his shot, one on bended knee.

When he looked for the couple he says they were gone.

"Honestly I couldn't believe what was happening," says Dippel of the incident.

Dippel accidentally captured the proposal, saying it was a raw moment that he had to get.

"I didn't have a lot of time to act and I already had my settings ready to go and I just pointed my camera at them and snapped away," Dippel says.

Dippel says he rushed to find the couple, asking several people at the park that day if they knew the man and woman in the photo.

With no luck, he took his inquiry to the internet.

"I posted it in hopes to find them on everything and now on Twitter, it's gone viral in almost a day now," says Dippel.

Twitter help, idk who these two are but I hope this finds them. I took this at Taft Point at Yosemite National Park, on October 6th, 2018. pic.twitter.com/Rdzy0QqFbY

But, thousands of likes and retweets later and still no "Yosemite Newlyweds" in sight. Dipple says he won't give up until he finds them.

He's hoping to share the "Will You?" photo with the couple that may soon say "I Do."

"I truly hope the photo finds you. I've got a pretty solid photo for you and I'd really like to share it with you cause it's a truly beautiful moment," says Dippel.

If you have any idea who the couple is you can reach out to Dippel through Twitter, linked here.   If you don’t he hopes just sharing the story through social media will eventually reach the pair.