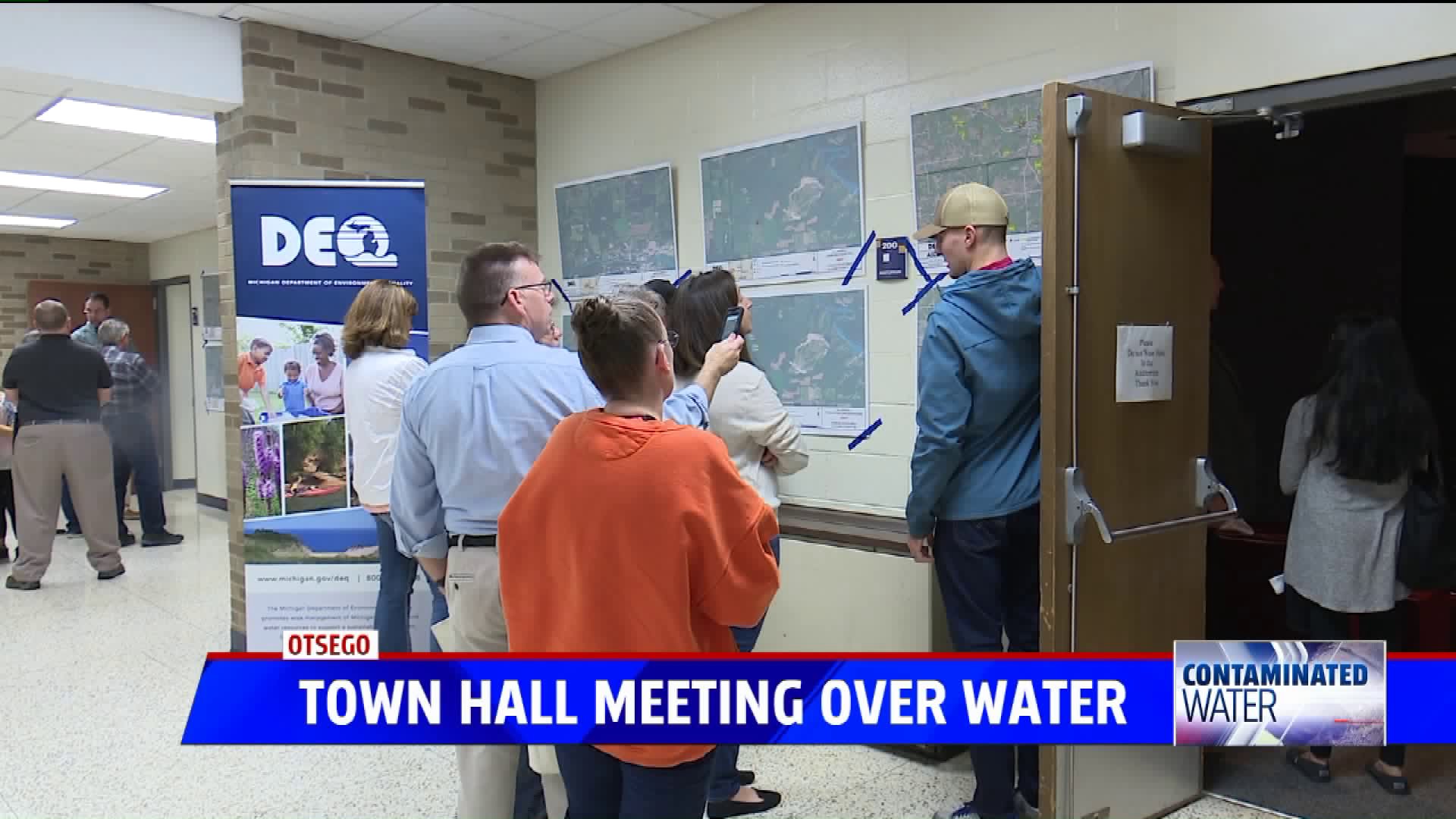 OTSEGO, Mich. — A heated community meeting over water concerns in Otsego was conducted Saturday afternoon at the city's middle school. The Allegan County health Department hosted an open house for residents, followed by a presentation and Q & A.

But, those there say they left the meeting with more questions than answers causing tensions to run high at that meeting in Otsego.

"It's just due to the time frame and waiting and anticipating these results," says Mary Zack. Zack was diagnosed with ovarian cancer at just 17, she started the group Justice for Otsego to get some answers about water and health concerns in her community.

But, after waiting 60 days for results on environmental testing of the city's water, the Michigan Department of Environmental Quality says the lab they used made errors when testing Otsego's water.

"We've had some laboratory quality control issues with this first lab that we utilized to analyze the samples for dioxin so we suspected the validity of the results to be inaccurate. Consequently, we are resampling for the same dioxins and purines and utilizing a different laboratory to conduct the test," says Chris Lantinga, MDEQ Environmental Quality Analysis.

Otsego residents have expressed concerns about the health risks associated with dioxin, one of the risks being cancer.

"They all have, those that came up to talk have had their own personal experiences with either themselves or loved ones and I think that's the part is they want to know why and unfortunately where we are in this investigation we don't have the why," says Angelique Joynes with the Allegan County Health Department.

The community advocacy group Justice for Otsego has been waiting on answers about a cancer cluster they believe is related to the pollutant.

Saturday's meeting covered these concerns and the retesting that MDEQ plans to do on the city's wells and later on its soil.

Both health officials and residents came away with the next step: continuing to search for answers.

"We didn't have many answers today. I'm happy that they are acknowledging that there are some issues in terms of quality control and that they are going to do some retesting. So that shows me that there is some concern and hopefully this next round of tests will prove that there is and we can get it fixed," Zack says.

The Allegan County Health Department says that if both the water and soil samples show significant levels of dioxin, a health assessment will be done in the area to learn more about related health concerns. Only one of the wells is under a bottled water advisory. Everybody else is able to drink the water.