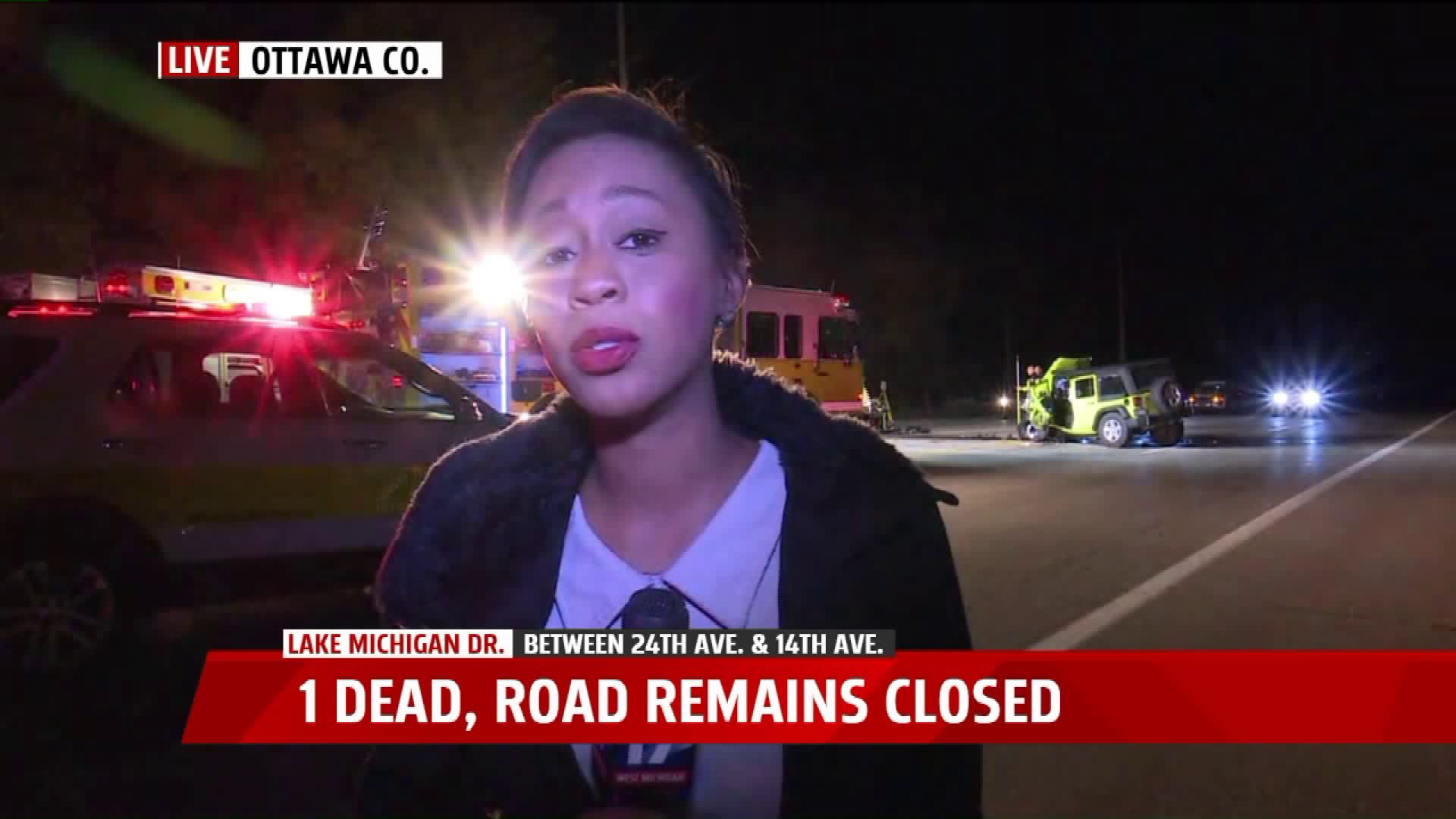 OTTAWA COUNTY, Mich. --  Alcohol is being blamed for a crash that killed another driver in Ottawa County early Sunday morning.

It happened around 4 a.m. Sunday in the 1800 block of Lake Michigan Drive between 14th Avenue and 24th Avenue in Tallmadge Township.

A 26-year-old Allendale woman was driving a 2014 GMC Terrain SUV eastbound on Lake Michigan Drive when a 2016 Jeep Wrangler driven by a 25-year-old Greenville man crossed the center line and the two vehicles collided head-on.

Both drivers were wearing safety belts.

The Allendale woman was pronounced dead at the scene while the Greenville man was transported to Spectrum Health Butterworth Hospital in Grand Rapids where he was listed in serious condition later Sunday.

Deputies said alcohol use by the Greenville man was a factor in the crash.