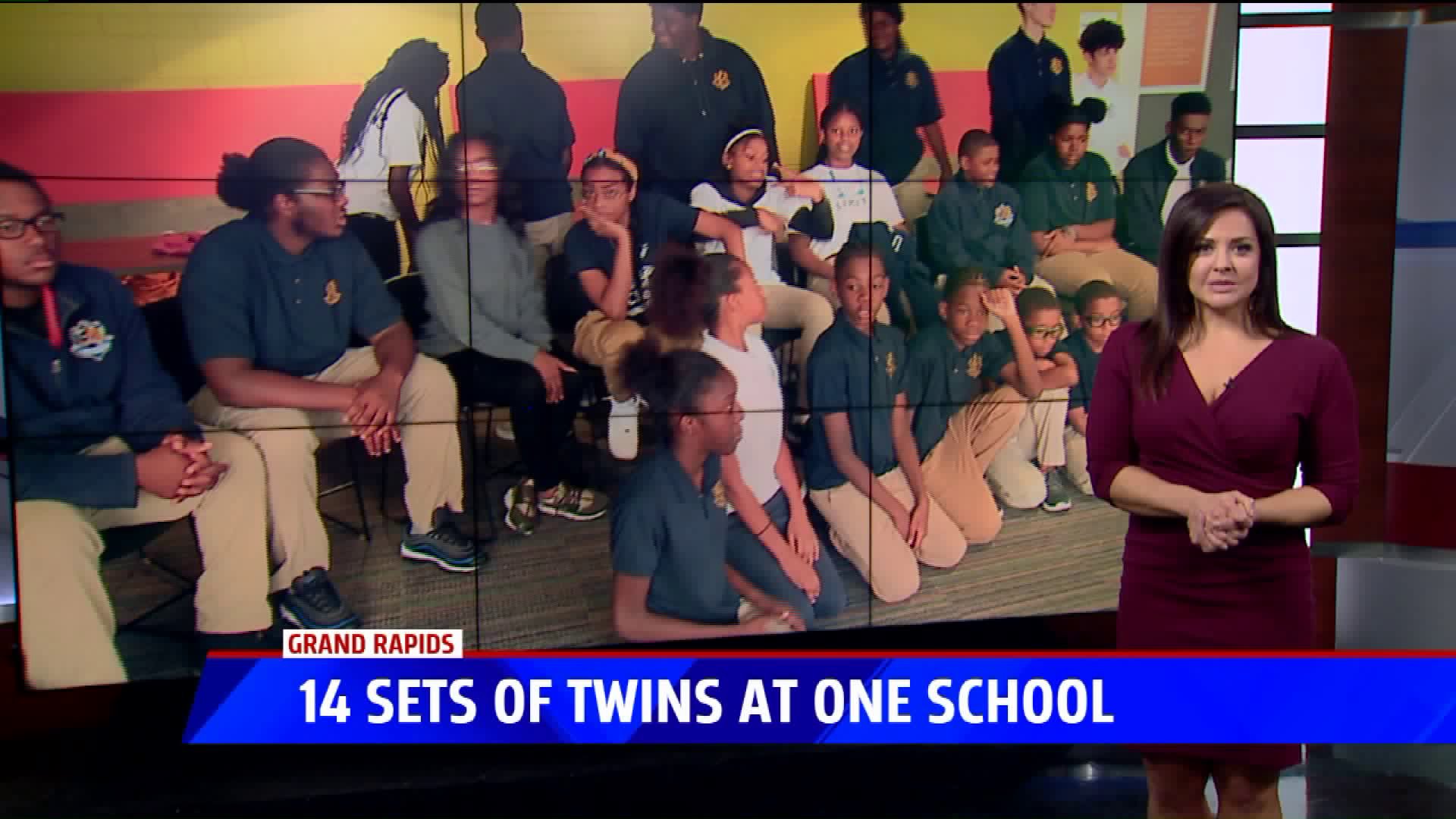 GRAND RAPIDS, Mich.--  A local school is seeing double several times over with a whopping 14 set of twins!

It's occurring at Grand Rapids University Prepatory Academy, or UPREP. It's a smaller, specialized school with 441 students.

If you think you have trouble remembering names or keeping faces straight, put yourself in the shoes of a teacher at UPREP.

"We have the 14 sets of twins, 2 staff members who are twins. Their twins don’t teach here but they are twins. Plus, a teacher assistant who is also a twins so it's really just amazing," said assistant principal, Jessalynn Radde.

Out of 441 students in the school of 6th through 12th graders, there are 14 sets of twins. In just the senior class alone, 6 of the 35 seniors are twins.

The twins say they get a lot of the same, typical questions. They say, on occasion, they've even tried to switch places in each other's classes.

While twins Tomas and Aurileo Mendez both love gymnastics, they try to showcase their own personalities by having different favorite colors.

And, if you think it's just confusing for teachers and classmates to keep them straight, the twins say sometimes they can get thrown for a loop.

"Walking through the hallways, there will be someone coming up to me asking me about something. I'll be like ‘what are you talking about' and then they’ll say ‘oh that was your brother." said senior twin, Channing Pearson.

"It's just cool because all the others schools, there weren't as many twins as there are in here and, like, I feel like I fit in more at UPREP than my other schools," said Aurileo Mendez.

"Basically you can go to any class and find someone that can relate to what you're going through," added Channing Pearson.

With five out of every thousand births resulting in twins in the U.S., why are so many of them ending up at UPREP?

"I don’t know!" Radden said as she laughed. "I am waiting to get our triplets or maybe our quads. I love it!"

The graduating seniors, Channing and Julian Pearson have some advice for the younger sets of twins.

"Always stick together and set goals for yourself and compete. As twins, you have to compete that’s number one. That'll push both of them to strive for better.”

Radden said they try to do their best to separate the twins and really celebrate them as individuals.