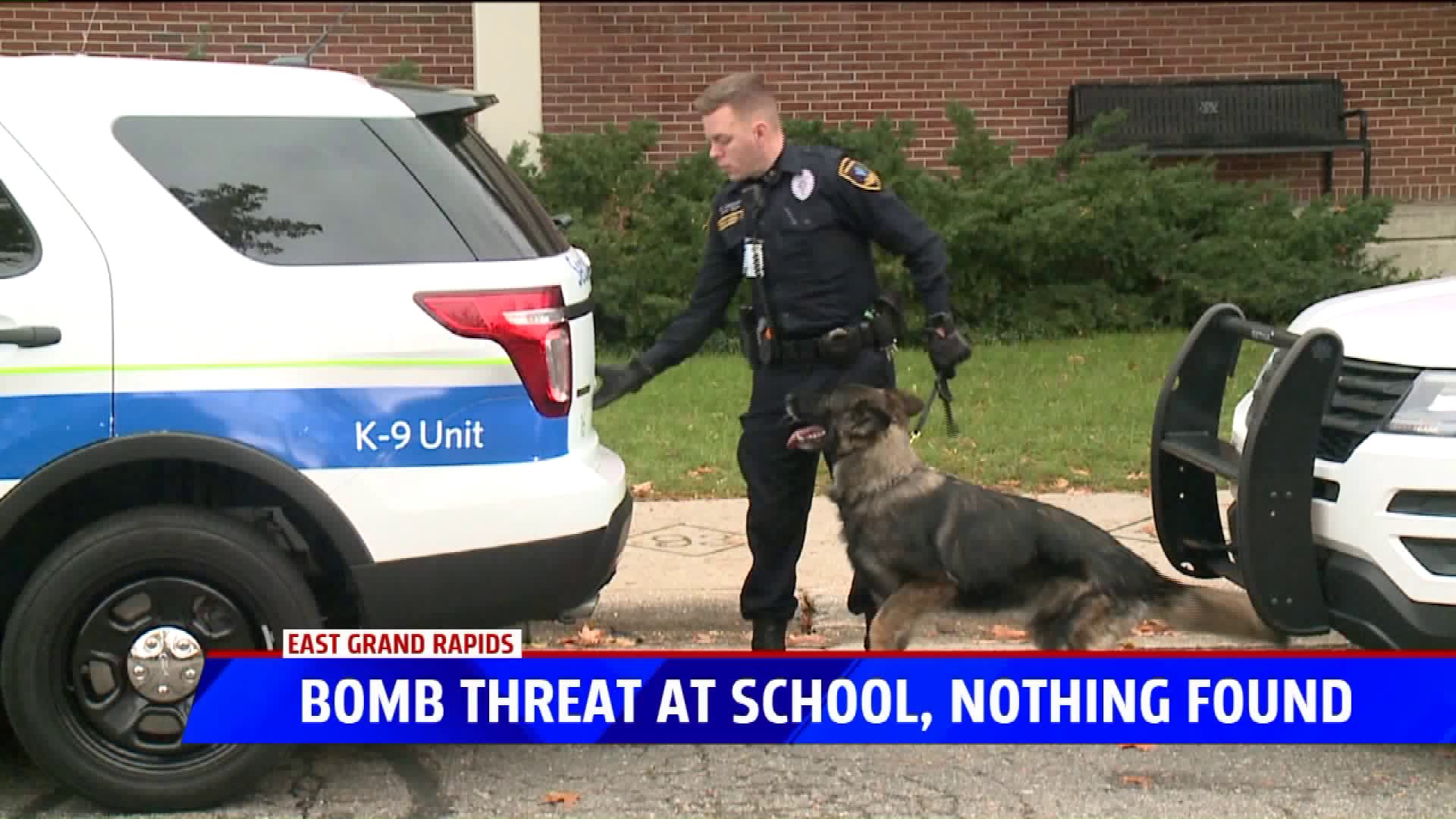 GRAND RAPIDS, Mich. -- The Grand Rapids police department says the threat that evacuated students at East Grand Rapids High School Monday was part of a string of threats made at two other area schools.

Administrators at East Grand Rapids High School heard the voicemails early Monday morning, prompting an announcement over the intercom telling all students to evacuate the building and go home.

"I showed up at school at 7:30 a.m. like normal walked into my class got call over the intercom saying just to leave it was kinda scary everyone just started running down the halls there was a lot of commotion in the senior lot for sure," said student Chase Fisher.

"Given the very specific nature of the threat it was not necessary to evacuate any other buildings in the district; however, EGR Public Safety monitored and patrolled the other school buildings in the district as an additional precaution and communication measure. At this time, we are unable to share the nature of the threat, its credibility, or any additional information regarding the threat as it is still under investigation by the FBI, ATF, and East Grand Rapids Public Safety." - Heidi S. Kattula, Ed.D. Superintendent

Police say there is no indication that these threats were valid, but the investigation will still be taken very seriously. Investigators are now working to determine if the threats are connected.

No suspect is in custody for these threats, nor has a person of interest been identified.