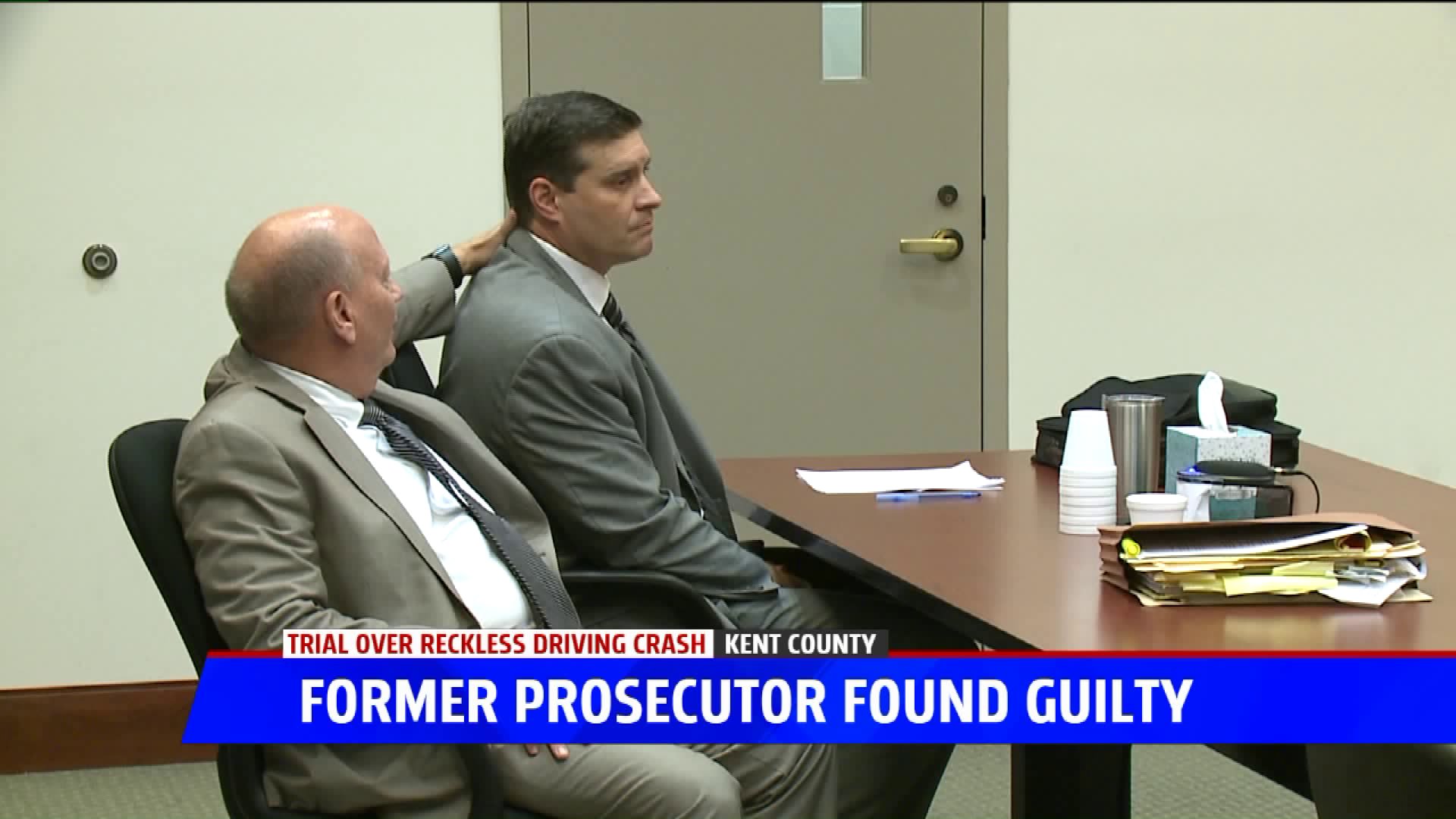 Joshua Kuiper was on trial for the November 2016 crash that happened in Grand Rapids. Investigators say that Kuiper was drunk when he drove the wrong way down Union Avenue when he hit a parked car. Daniel Empson had been reaching into the vehicle for a jacket at that time and was injured.

Kuiper was not given a breathalyzer test at the scene and three members of the Grand Rapids Police Department were disciplined for their response to the incident. One of them ended up being fired.

Attorneys argued on Monday that Empson's injuries did not amount to "serious impairment." Prosecutors said that Empson's everyday life has been affected by the crash.

Kuiper resigned from the Kent County Prosecutor's Office after the crash.

The judge has scheduled Kuiper's sentencing for December 19.

We'll have more from court on later editions of FOX 17 News.