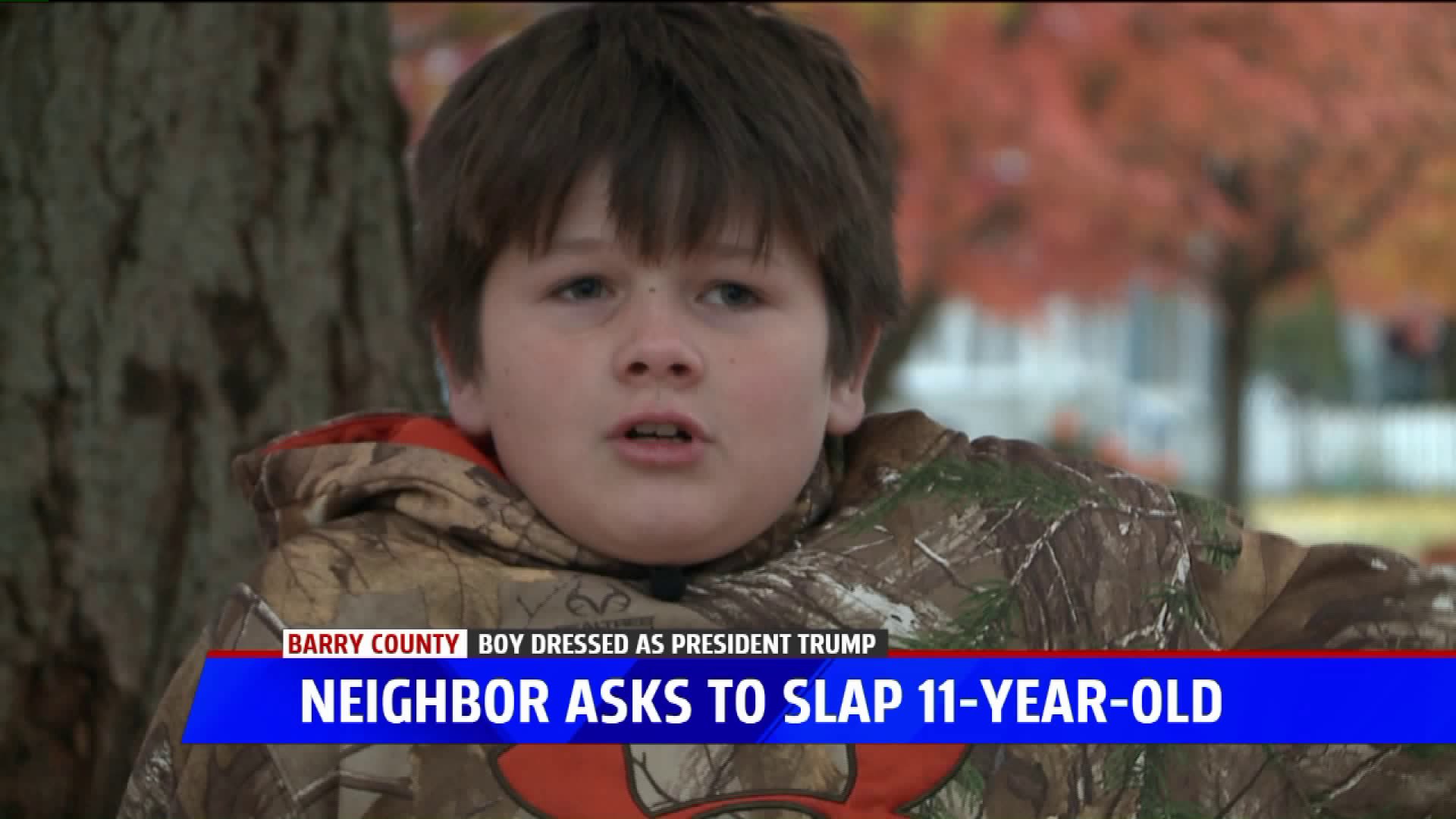 HASTINGS, MICH. -- Benny Drake, like many kids, was excited to show off his Halloween costume and go trick-or-treating Wednesday evening.

"I wanted to be him for two years," Benny Drake said.

He knew the costume would raise some eyebrows, maybe even get him a few comments. Benny says he laughed all of them off, until one woman said something he couldn't shake.

“When we walked up to get candy, she threw the candy at me, and asked me if she could slap me,” Drake said.

Benny says his family usually trick-or-treats on Green Street in Hastings, but it gets pretty crowded. His parents decided this year to take the kids across down to a different neighborhood, one they heard didn't get many trick-or-treaters.

Benny says a man passing out candy with that woman on Charles Street laughed at him. He just walked away.

“When I get sad, I just either, I straight up run, or I just stand still,” Drake said.

FOX 17 went to the home in question. The woman who answered the door wouldn't go on camera. She also wouldn't confirm nor deny she was the one who allegedly made that statement.

Meanwhile, after reading about the encounter on Facebook, many neighbors and local businesses have spoken up in support of Benny, even offering to give him some post-Halloween treats.