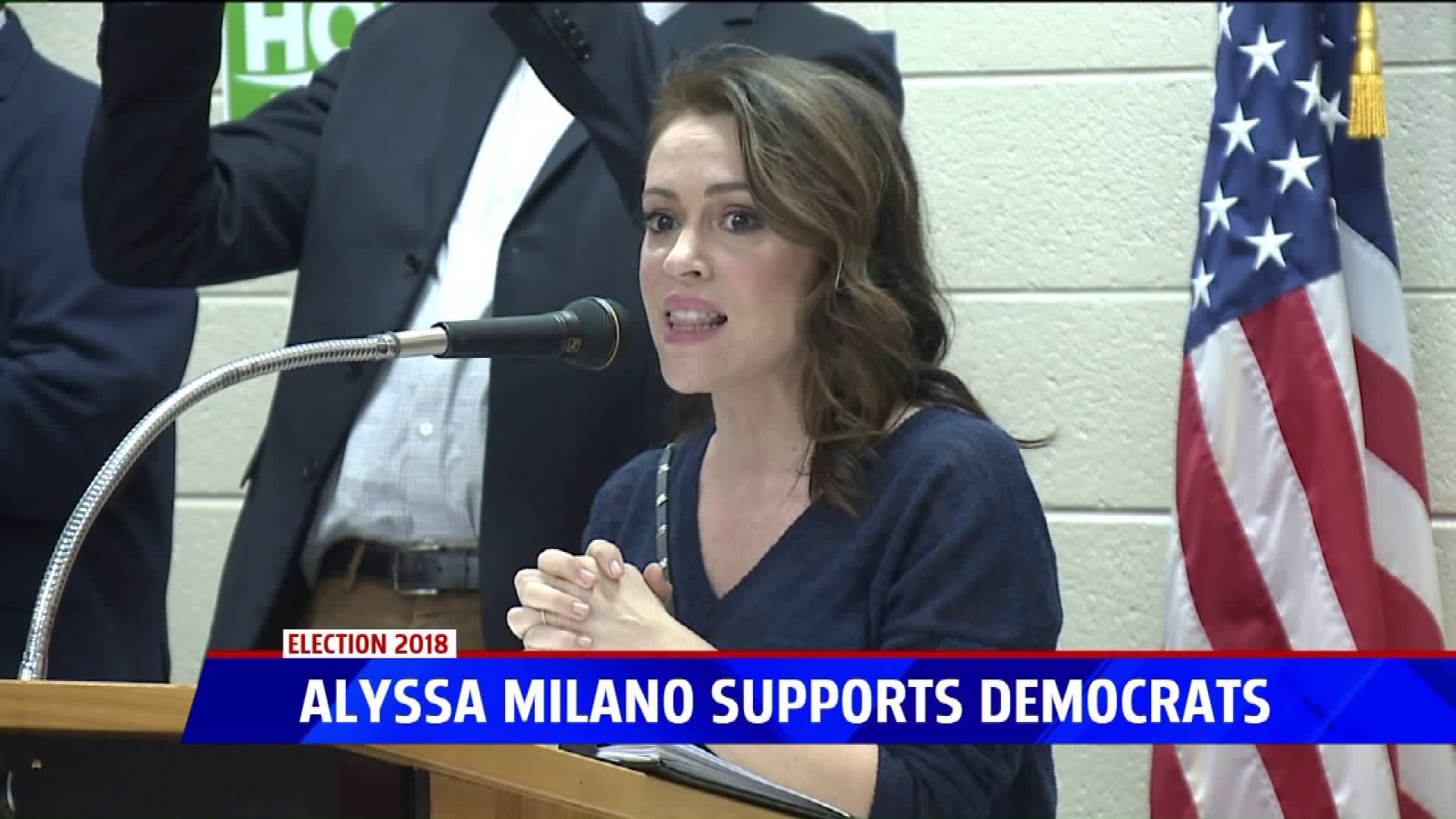 The Michigan GOP announced on Saturday that Kellyanne Conway will appear at a rally in Taylor for James, Bill Schuette, Tom Leonard and Mary Treder Lang on Sunday. Conway was originally scheduled for an appearance on Thursday but couldn't make it due to mechanical issues with her airplane.

Though she's never been to Michigan, Milano says she was motivated by her anger over the Flint water crisis to campaign with Michigan Democrats.

“It was really intense. The whole experience, including the day before where I had gone with about 200 survivors to the Republican senators’ offices to tell our stories of sexual assault and survival, that was incredibly memorable, intense," says Milano.

After a week of tense confirmation votes, Saturday Night Live parodied the hearings in a cold open sketch, which featured a cardboard cutout of Milano's face.

“The SNL sketch was a, a nice end to that week that was very heartbreaking," says Milano.

Milano tells FOX 17 she will be spending Sunday with Congressman Dan Kildee in Flint.