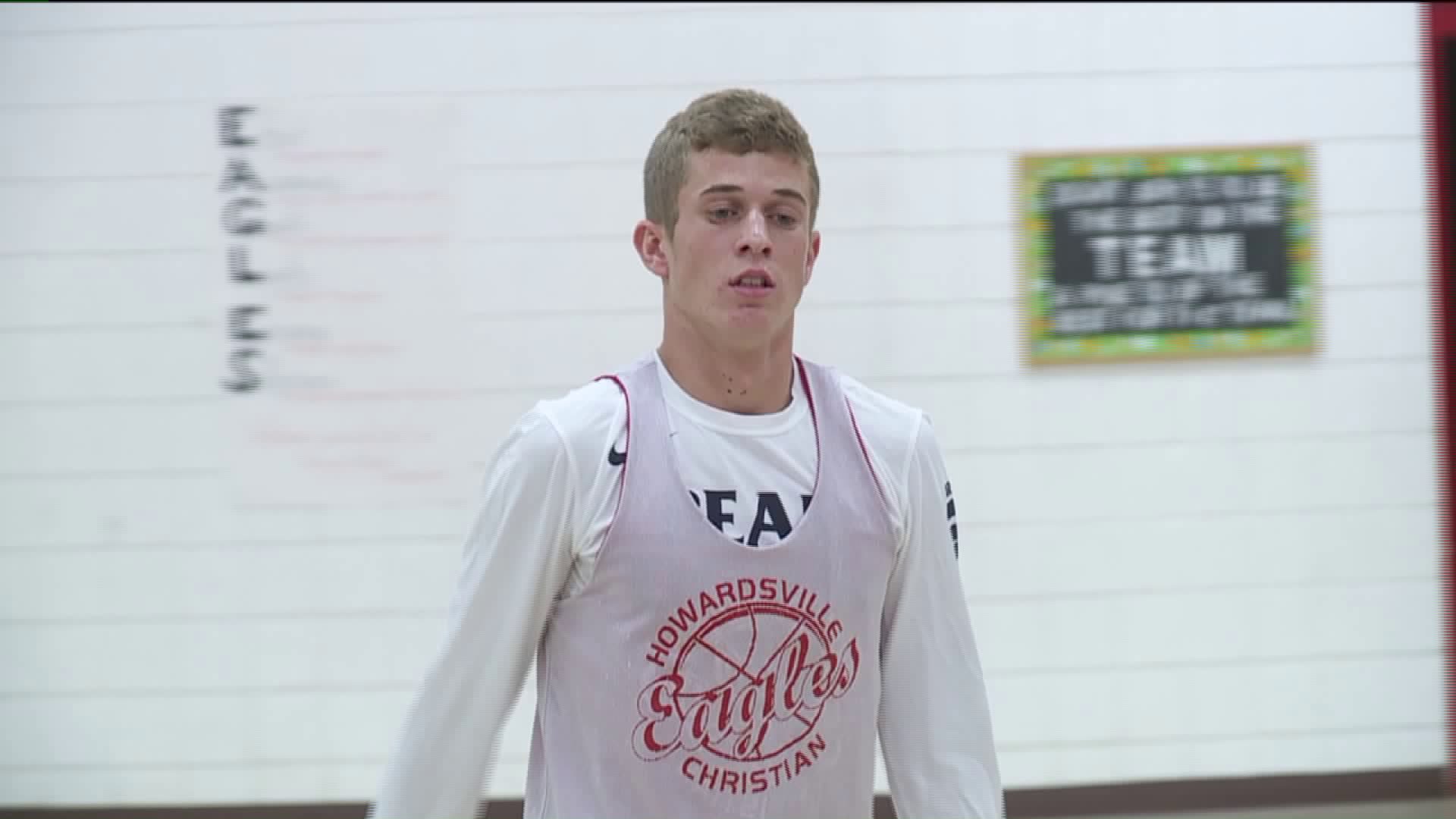 HOWARDSVILLE, Mich -- One of the best high school basketball players in West Michigan comes from a high school with less than 40 students. Howardsville Christian product Dylan Jergens has 1,830 career points and is a two-time all-state selection. Now, Jergens can also call himself a Central Michigan commit.

"Ever since I was little it has been my dream to play at a Division-I school," Jergens said, "that's what I've worked for my whole life, so when I got the call from CMU, I was super excited. I knew that was probably going to be one of my best chances to play Division-I, so I jumped right on it."

Jergens' path to recruitment wasn't easy due to the small school he goes to.

"It's definitely very hard getting noticed at a smaller school like Howardsville," Jergens said, "we don't play many great teams and Class D doesn't get much attention."

Thanks to travel basketball over the past few summers and his stardom in his high school games, Jergens stood out to several programs, including the coaches at Central Michigan. Jergens averaged 31 points per game last season and helped solidify him as one of the top players, not only in West Michigan, but in the state of Michigan.

"It was pretty exciting when they [CMU] made the call and said 'we're coming to Howardsville to do a workout with him,'" Dylan's father and varsity basketball coach, Tim Jergens, stated. "No doubt, when a Division-I coach shows up here you're kind of star struck going, 'wow I didn't know little Howardsville was even on the map.'"

On October 26 during an unofficial visit to Mount Pleasant, the Chippewa coaches had given Jergens the opportunity to play there and he committed that day. Now, he gets to look forward to the change of going to school with less than 40, to more than 15,000.

"It's definitely going to be a big change for me," Jergens said, "I'm not quite sure what to expect."

Now that his commitment is out of the way, it's time to focus on this basketball season.

"We're looking to get it [Dylan's recruitment] behind us and concentrate on the season," his father said.