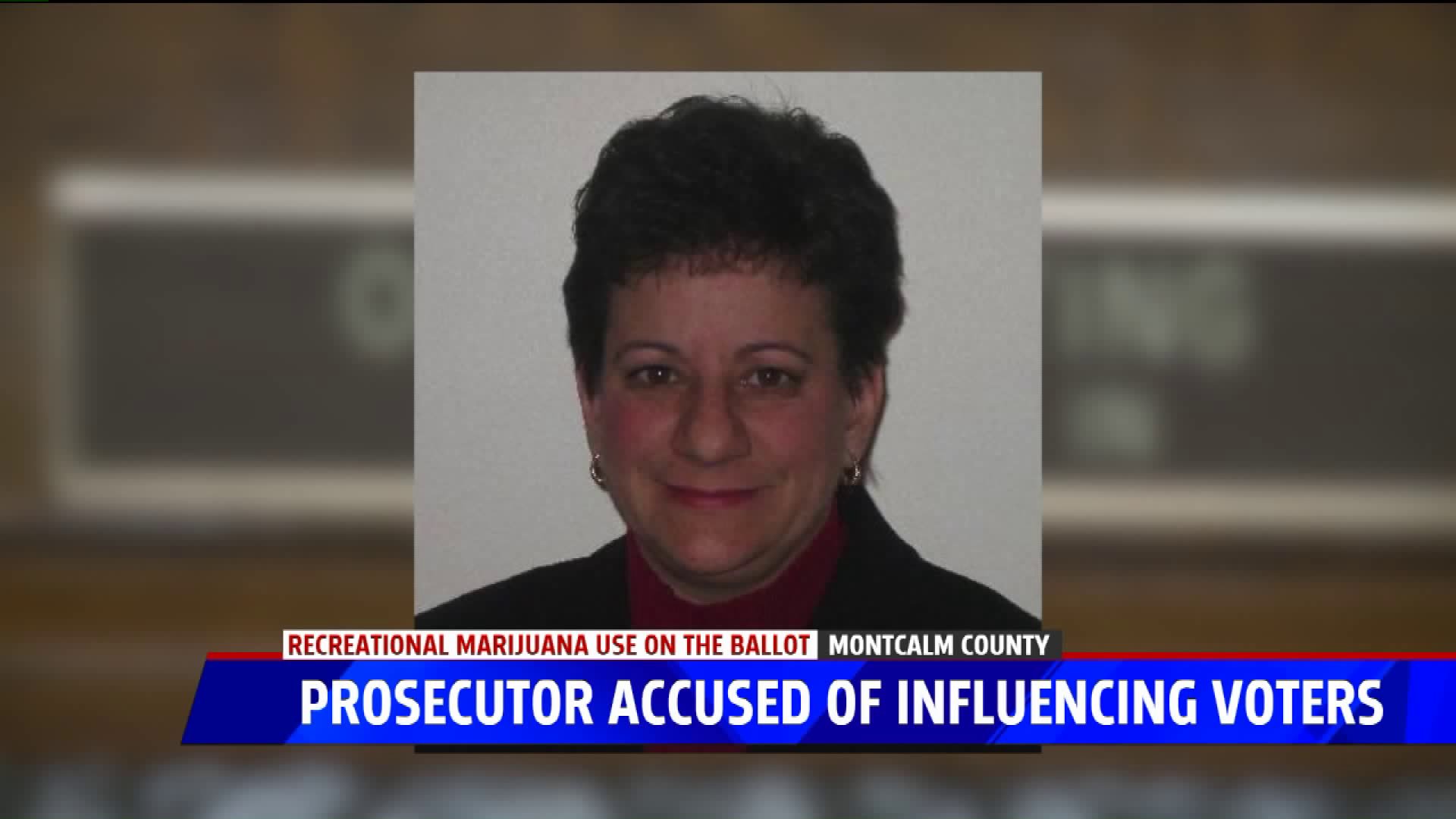 STANTON, Mich. -- The Montcalm County prosecutor is facing some scrutiny after making her feelings on recreational marijuana legalization public during an Oct. 22 board of commissioners meeting.

A West Michigan cannabis grower says he's filed a complaint against prosecutor Andrea Krause with the Secretary of State's office. Michigan's campaign finance law is at the center of the issue.

Sidney resident David Overholt says Krause went too far at last month's meeting when she convinced the board to approve a resolution opposing recreational marijuana.

“The referendum went against Proposal 1 and recreational marijuana. I definitely believe she has overstepped her boundaries within the time period allotted to give statements and make these type of moves,” says Overholt, a West Michigan marijuana farmer in favor of Proposal 1.

During that meeting, Krause gave a presentation to commissioners opposing Proposal 1. Overholt says he filed a complaint with the Secretary of State's office against Krause's actions, citing the Michigan Campaign Finance Act of 1976, about public officials using public funds or resources on something that is on the ballot within 60 days of the election.

“It should of had more public input at that time so the commission could have made a decision about whether their community wanted to see this or not,” says Overholt.

Prosecutor Krause says she absolutely did not violate any campaign finance laws and is fulfilling her expected role as an elected official. Krause says she gave a factual presentation on the negative effects Proposal 1 would have on Montcalm County and the state of Michigan.

One of the commissioners who voted against the prosecutor's proposal says he was a little surprised by it.

“We had one side of a story and we didn’t have both halves. I don’t care what the issue is you should have the whole issue before you make a decision. That was another reason I decided it should be a 'no' vote. Being on the ballot as it already is that the voters are going to have their own mind,” says Ron Retzloff, Montcalm County commissioner for district 5.

Overholt says his complaint is being reviewed by the Secretary of State's office, but a decision has not been made.