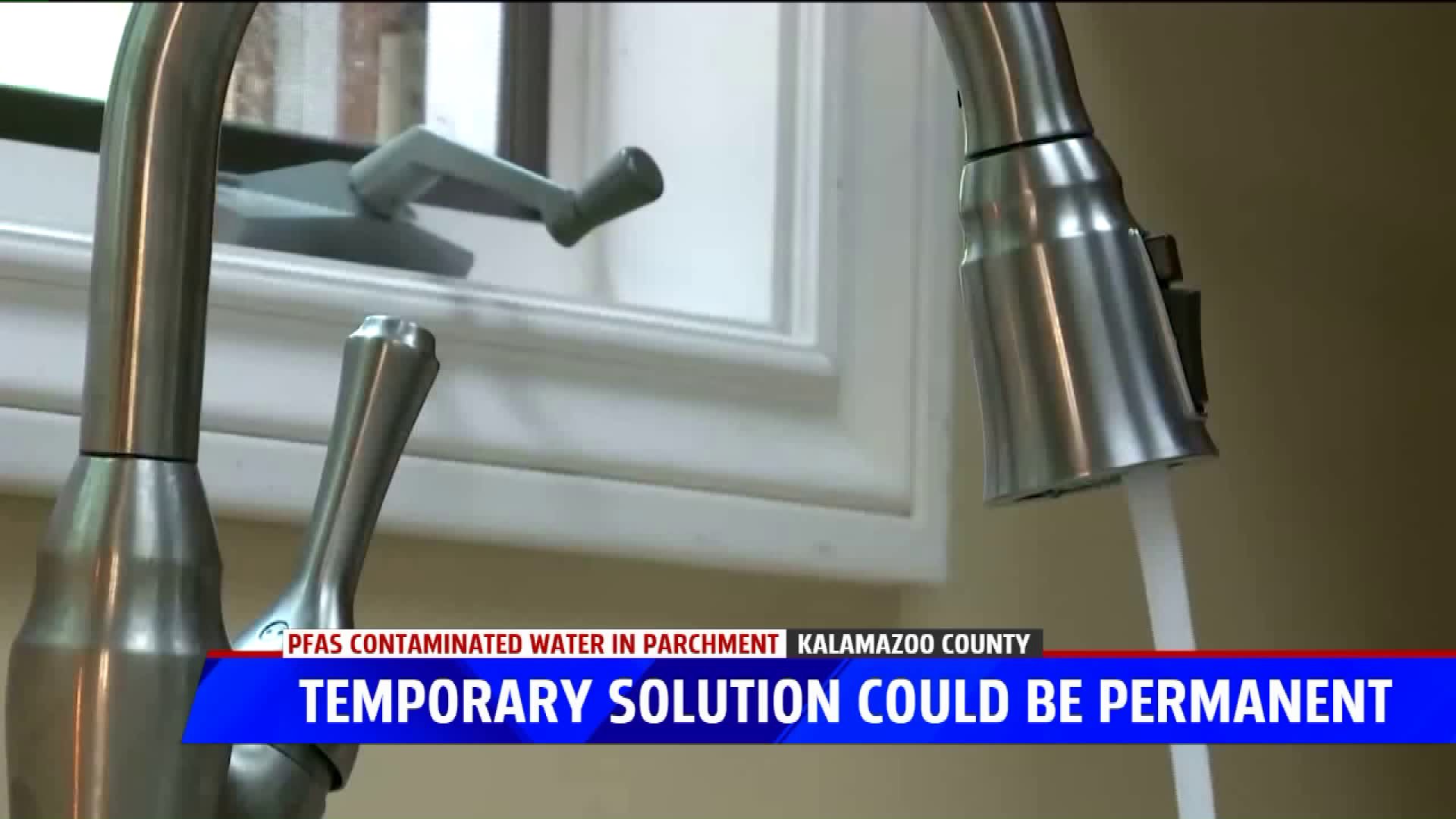 PARCHMENT, Mich. — Officials in the City of Parchment voted on Monday evening to move forward with negotiations with the City of Kalamazoo to enter a longterm retail water contract.

“I think that people are very reassured that our good neighbor the City of Kalamazoo has provided us with drinking water that’s safe,” said Parchment City Manager Nancy Stoddard during an interview at City Hall. “[It’s] probably the most tested drinking water in the state of Michigan at this time.”

Stoddard said that currently the City of Parchment is a wholesale customer of Kalamazoo, which means that they buy their water in bulk. However if Parchment switches to becoming a retail customer, it’ll give Kalamazoo more control over their water system and the city would sell their pipes.

“They would take care of all the main breaks, the lead service line replacement, any issues with water including quality and any other services that they needed including billing,” Stoddard said.

The move could also lower residents water bills, she said. Jean Brand is one of the residents. She said the bill she pays is “outrageous.”

“In Cooper [Township] you get the water bill. Nothing else. No sewer. No water. Nothing,” Brand said. “I know people in Kalamazoo get all of that for less than I’m paying for just water.”

The biggest fear lingering in the minds of people in Parchment, though, is future contamination. One resident spoke up at the meeting to remind her neighbors that they must remain vigilant and hold their leaders accountable.

“There’s a lot of things that we don’t test for and it’s gonna be years before we find the next thing and we’re gonna deal with it again," she said. "And that’s why there’s people like myself and other people in the community that have become more involved in the political side of this."

A concern brought up during the meeting was the future of employees who work with Parchment's water supply. Members of the city commission say they do not intend to terminate any of those employees and hope to provide them opportunities to work in other roles.