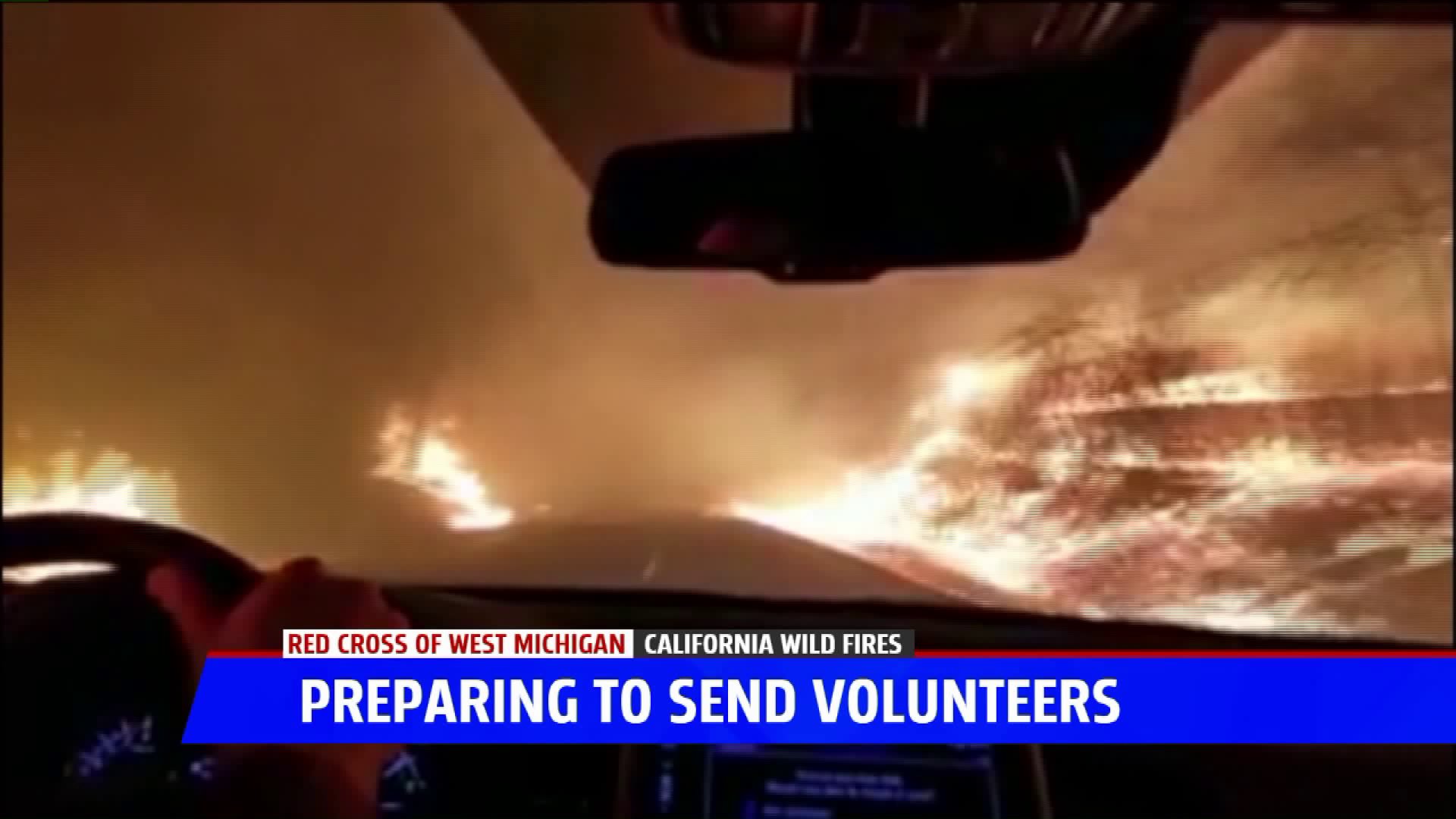 Page says, she could be one of the next people to head out to help.

“Executive Directors throughout the nation get deployed to natural disasters, to work with government officials and elected officials, to really be the hands and feet on the ground, and make sure that people are getting the support they need in terms of canvassing neighborhoods,” Tiffany Page said.

The fires include the Camp Fire, in the northern part of the state. More than 6,000 structures have been burned, in what's being called the third deadliest and most destructive fire in California history.

The fires are being blamed for nearly 30 deaths, and officials expect those numbers to rise as they search through the rubble. As of Sunday evening, more than 100 people are still considered missing.

Page says the main mission of the Red Cross right now is to reunite families.   She says the best way to do that, is to register as "Safe and Well" if you're in an area that has been evacuated.

Late Sunday, a new round of evacuations were ordered.

California's governor is also requesting a Presidential Declaration to get federal funding when it comes to relief efforts.