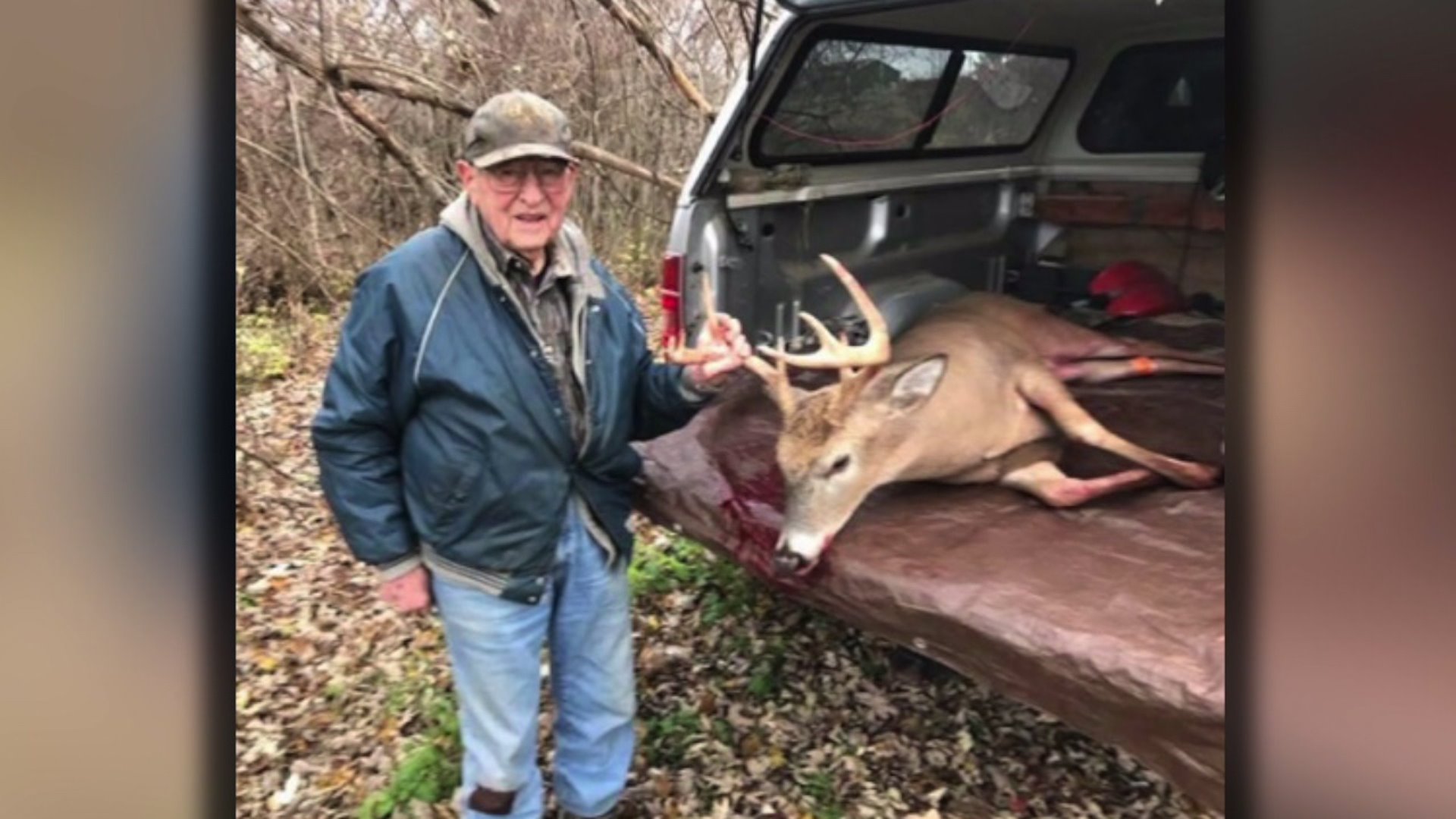 GRAND LEDGE, Mich.--A 96-year-old World War II veteran is inspiring Michiganders after a picture from a recent hunting trip was shared on social media.  The vet was just as surprised when he saw the big buck for the first time.

"And I looked and it was him," says Ernie Nostrant of his tag.

It was Monday, November 5th when Nostrant, from Grand Ledge bagged the buck he was praying for all morning.

"It was about 15 yards out there and then he turned and started to go north and when he did he was broadside to me and it made a nice shot and I just pulled the trigger on a crossbow and bang he went down," says Nostrant.

Ernie bagged the 200-pound, eight-point buck with just one arrow, a catch he says he's gotten before.

"To me this is just routine," Nostrant nonchantly told FOX17.

But, Ernie's friend, Greg, says he was shocked when he saw a post of a photo of his 96-year-old friend on social media with his newest tag.

"The post said that I tried to call grandpa today and he says 'I'm kind of busy right now, I don't have no time to talk, because I'm cutting my eight point right now.' Well, I wanted all my friends to see Ernie's buck," says Greg Schaible about his friend, Ernie.

So he shared the photo, gaining dozens of likes and comments.

Greg says people were amazed that Ernie was still hunting at his age and that he arrowed such a large buck.

"He's such an inspiration to me and it is quite the thing for his age to be out doing what he's doing. A lot of people don't know that hunting is a lot more than just walking out in the woods and just shooting something. There's a lot of physical work involved," says Schaible.

But, Ernie says he's used to it!

Since 1990 he says he's bagged 150 bucks, some of those he caught with his childhood friends after they returned from World War II. Now that they've all passed, he says he wants to keep up their tradition.

"Gradually one will pass away and then another one and it's kind of sad because they're gone forever and you just have to realize we had a good time and it's over, just like with me. I don't know how much I got, cause I'm getting up there to where it's close, but fortunately my health's good enough to where I can do most of it,"says Ernie.

We asked if he would hunt as long as he could and he said, "Yes, that's right!"

Ernie says he was even able to gut the buck all by him self and that he'll be back hunting next week.

By the way, firearm deer season in Michigan kicks off November 15th.