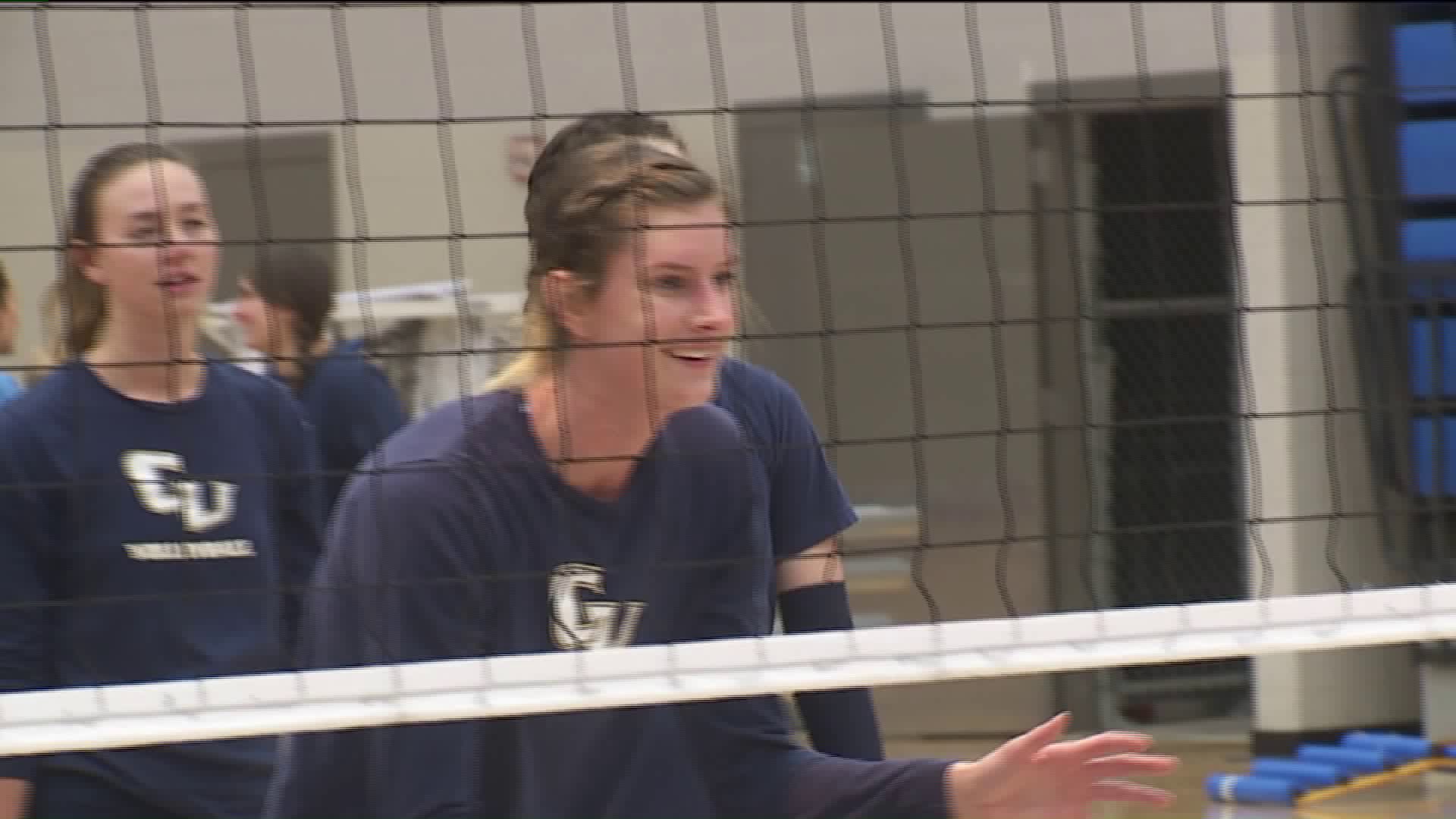 The Cornerstone senior is a 3-time WHAC player of the year.

GRAND RAPIDS, Mich -- Kendra Zwart has had a quite a volleyball career at Cornerstone

"I love volleyball" Zwart said. "I am so passionate about it."

The senior middle hitter is just the second player to ever be named Wolverine Hoosier Athletic Conference (WHAC) player of the year three straight times.

"It is something that I never would have thought would have happened coming into college" Zwart added.  "Hard work is paying off and it is really cool."

Zwart led the WHAC in blocks, hitting percentage and kills this season.

"I want to get better at it every single day and it is awesome to have coaches that are so willing to work with us" Zwart said.  "I have loved all my coaches I have had assistant coaches and Ryan (Campbell, Cornerstone head coach) has been awesome working with me."

When Zwart was deciding what college to attend after high school, only two schools showed interest in her for volleyball, one of them was Cornerstone.

"Beginning of my career I was really tall and lanky didn't really know a bunch of stuff" Zwart said.  "Every year I've worked on little things to improve everytime."

Zwart has led the Golden Eagles to a third straight appearance in the NAIA Natonal Tournament which starts this Saturday at home against Milligan College.

"I think we learned a lot last year" Zwart said.   "We have a couple returners so we know what it takes what we did last year that maybe not work so well and then going into this year I think we have some good things going on."

With a win Saturday Cornerstone would advance to Sioux City, Iowa with a chance to win a National Championship.