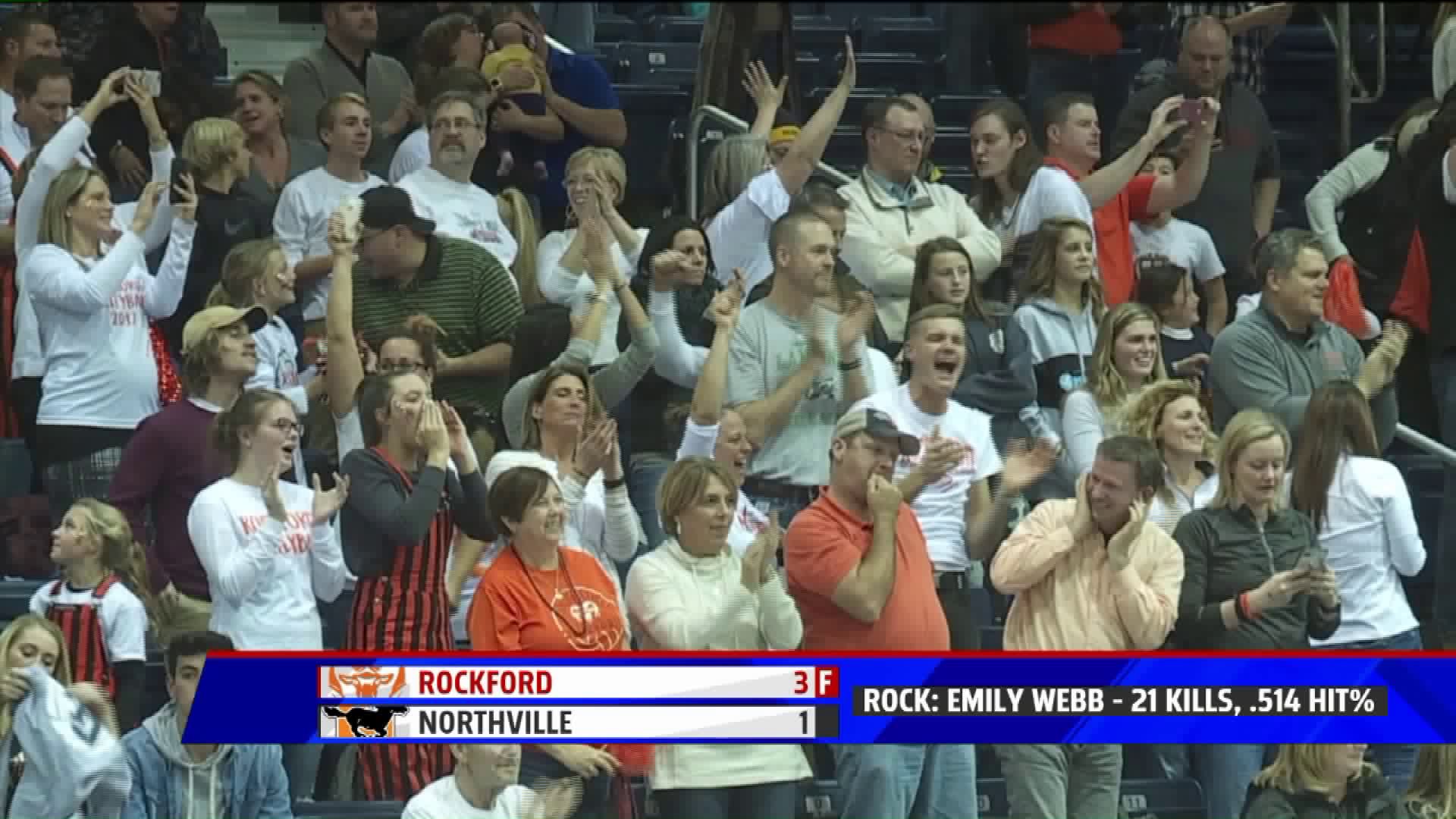 The Rams advance to the Division 1 state final

"We were very happy obviously getting off to a fast start" head coach Kelly Delacher said.  "We knew Northville was going to give us a fight they are a very good team and we knew we were going to have to play well throughout the match."

The Rams won the first set easily, 25-13, before the Mustangs came back to win the second set.

"They are a very good team they can serve aggressively" senior Lindsay Taylor said.  They weren't really blocking very well in the first set but I knew that once I started swinging in the second they were coming back and you could tell their motivation was generating."

Emily Webb led the way with 21 kills and a .514 hitting percentage in the game.

Rockford will meet Lake Orion in the state championship at 2 p.m. on Saturday at Kellogg Arena.