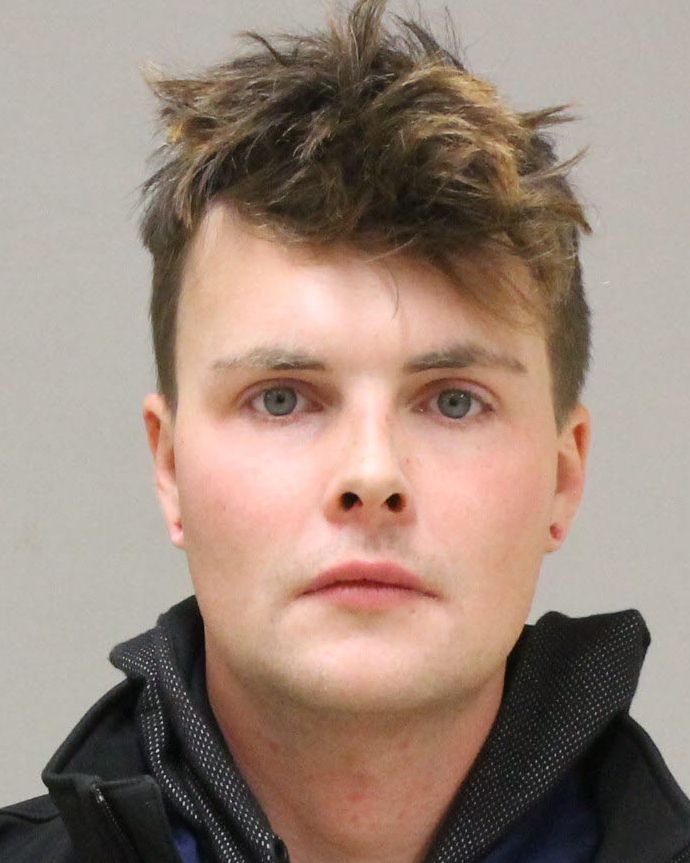 At 9:40 a.m. Thursday, Grand Rapids Police Department officers responded to Brown-Hutcherson Ministries at 618 Jefferson St. SE and Brown’s Funeral Home at 627 Jefferson St. SE  to investigate voicemail messages and e-mails that were directed to them overnight.

The messages were threatening and ethnically intimidating in nature.

Police learned that at 4 p.m. Wednesday two trespassers had been under the awning of the Brown’s Funeral Home porch and were asked to leave by a representative of the funeral home. The trespassers left the property after a short confrontation.

Soon after the trespassers’ departure, the facilities began receiving threatening telephone messages containing racial slurs. These messages continued until Thursday morning when they were discovered and police were contacted.

Grand Rapids Police detectives also responded to the scene and worked with officers to develope leads that identified the threatening caller and e-mail author as Todd Jamison, 26, of Grand Rapids. He was arrested at 4 p.m. Thursday and confessed to making the calls and producing the e-mails.

On Friday, the Kent County Prosecutor’s Office issued a warrant charging Jamison with the following charges, for which he was arraigned in 61st District Court — ethnic intimidation, a felony; stalking, a misdemeanor; and malicious use of telecommunication service, a misdemeanor.

Jamison bonded out of the Kent County Correctional Facility on Friday evening.