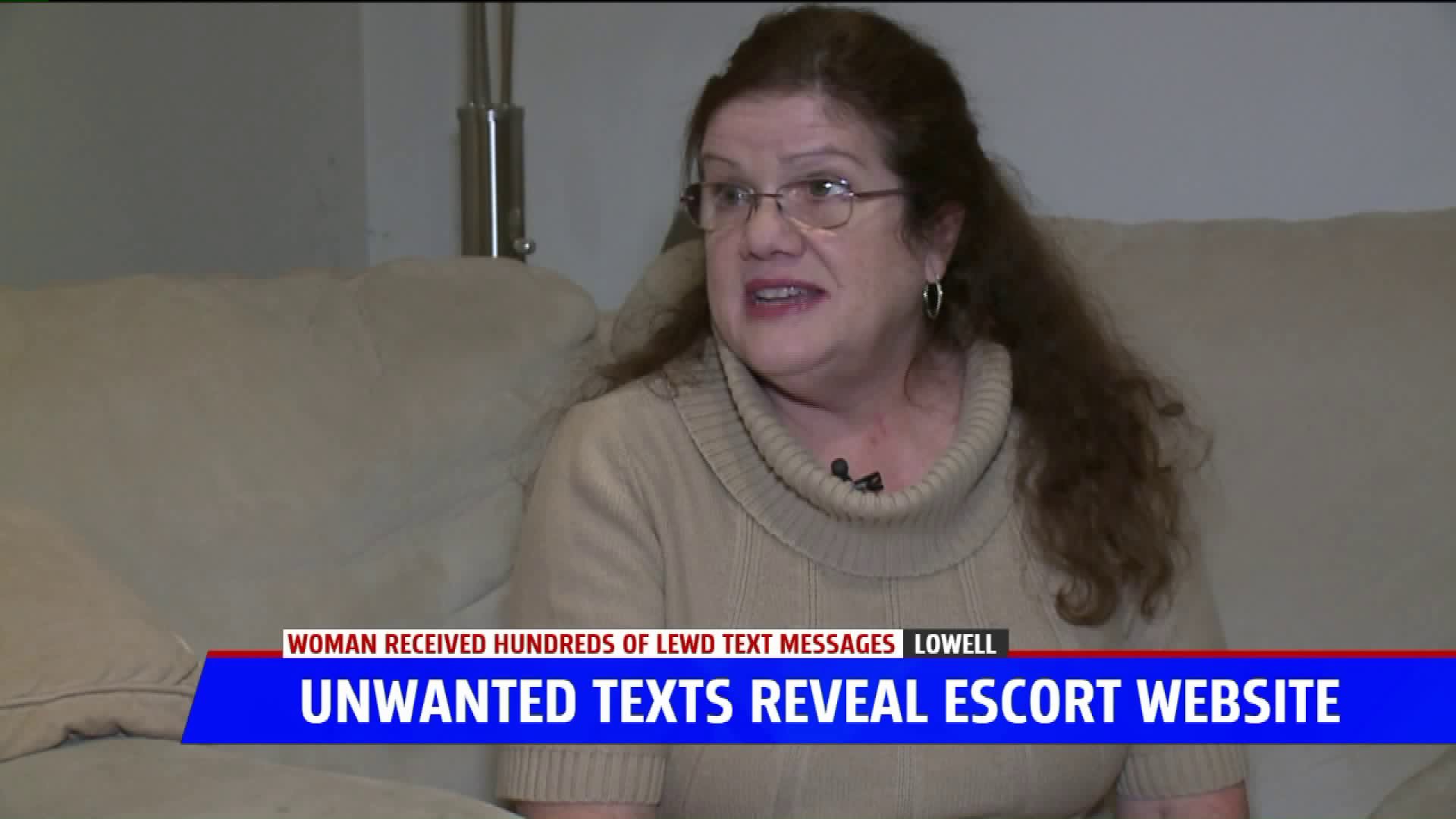 WEST MICHIGAN -- A West Michigan woman said hundreds of men solicited her for sex within just a couple days, and it's all because her number ended up on an escort service website.

Susan, whose last name is being withheld for privacy, said the onslaught of text messages started Nov. 1.

Her phone holds nearly 300 texts and some voicemails from men looking for attention. Susan said she didn't even know most of the sexual lingo in the texts nor is she trying to find out.

According to the area codes, most of the men are from West Michigan. By their own admission, some are married.

"Two weekends ago, if I drove to Muskegon I could have made over $1,500 just from this one person," she chuckled. "It's been quite a source of entertainment for me and my girlfriends to read these."

She said her daughter did some digging. One of the texts referenced a website called “Skip the Games.” It turned out to be website where escorts post ads.

“[My daughter] found three ads that had my work cell phone number on it. I don’t give that out to anybody because it’s my work phone," Susan explained.

Fed up and creeped out by the onslaught of lewd texts, the family emailed the site administrator numerous times and asked them to take the number down. They had no success initially.

"I think copying FOX 17 [on an email] is when [the website] started to pay attention to our emails and quit ignoring us," Susan said.

After that, she said the ad disappeared and the texts and phone calls soon died down.

On one voicemail, a man said, "I was out and about wondering if you wanted to hook up or whatever."

While Susan is single, she said this isn't how she mingles. Here's her concern: what may have been a simple typo on an escort site could've spelled disaster for any couple.

"If I was laying in bed going to sleep, and I had a significant other with me and all of these started to come through it could have ended in divorce court," Susan said.

She added, "We're all into the world of technology and just, I want people to be aware that these mistakes could happen. People can make them. I wouldn't want to see a good relationship go south because of a typo."

If something like this happens to you, Susan suggests you contact the website administrator and request that they pull the ad down (without revealing any of your own personal information to the site administrator). She said make sure to be persistent.