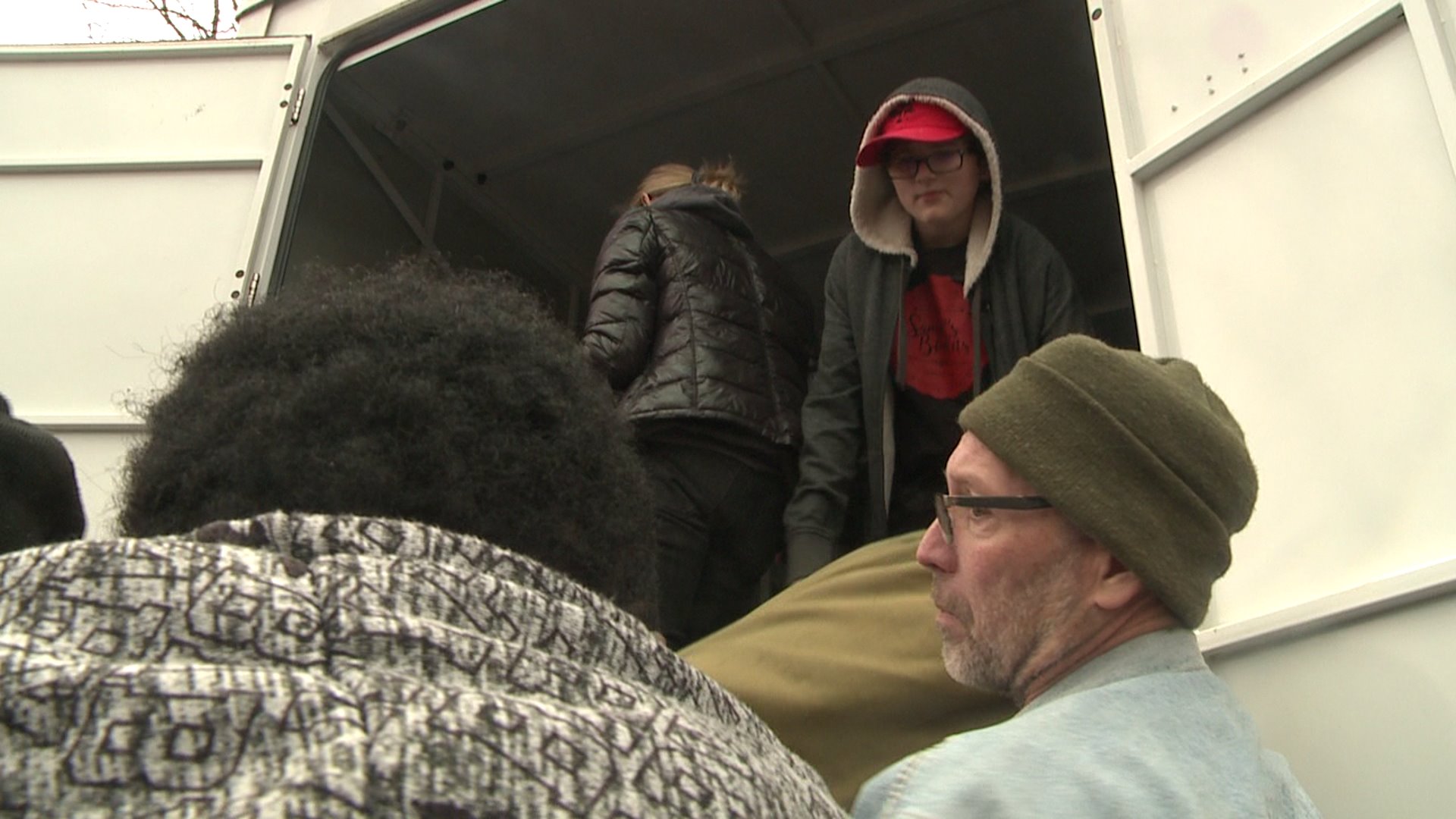 KALAMAZOO, Mich --  A young boy in Kalamazoo was at it again, handing out thousands of blankets to the homeless at Martin Luther King Park.

On Black Friday, a day when many people are getting a jump-start on their holiday shopping, you’ll find 12-year old Samuel Verhage in the back of a truck, handing out blankets and sleeping bags.

He said, “Winters are cold and harsh, and unpredictable. One year it can be super warm and the next it’ll be below freezing.”

Michiganders know this all too well, but those who are homeless feel even more.

“I saw someone that was homeless,  and I thought maybe they’d be cold in the winter.”

“The first year he wanted to collect 200 and I thought that was too high.”

That year, Samuel collected more than three hundred blankets and this year, he collected 2,585.

Denise Verhage says his passion for the project  makes her proud.

“Something as little as a blanket really means a lot to someone and we take it for granted.”

Banks said she’s impressed with Samuel’s efforts seeing as she has a son of her own.

It’s an effort that’s inspired others to join Samuel in the park the day after Thanksgiving, handing out hats, gloves, and care packages.

Samuel said he has a goal to keep the collection going each year and even bring his efforts to other states.