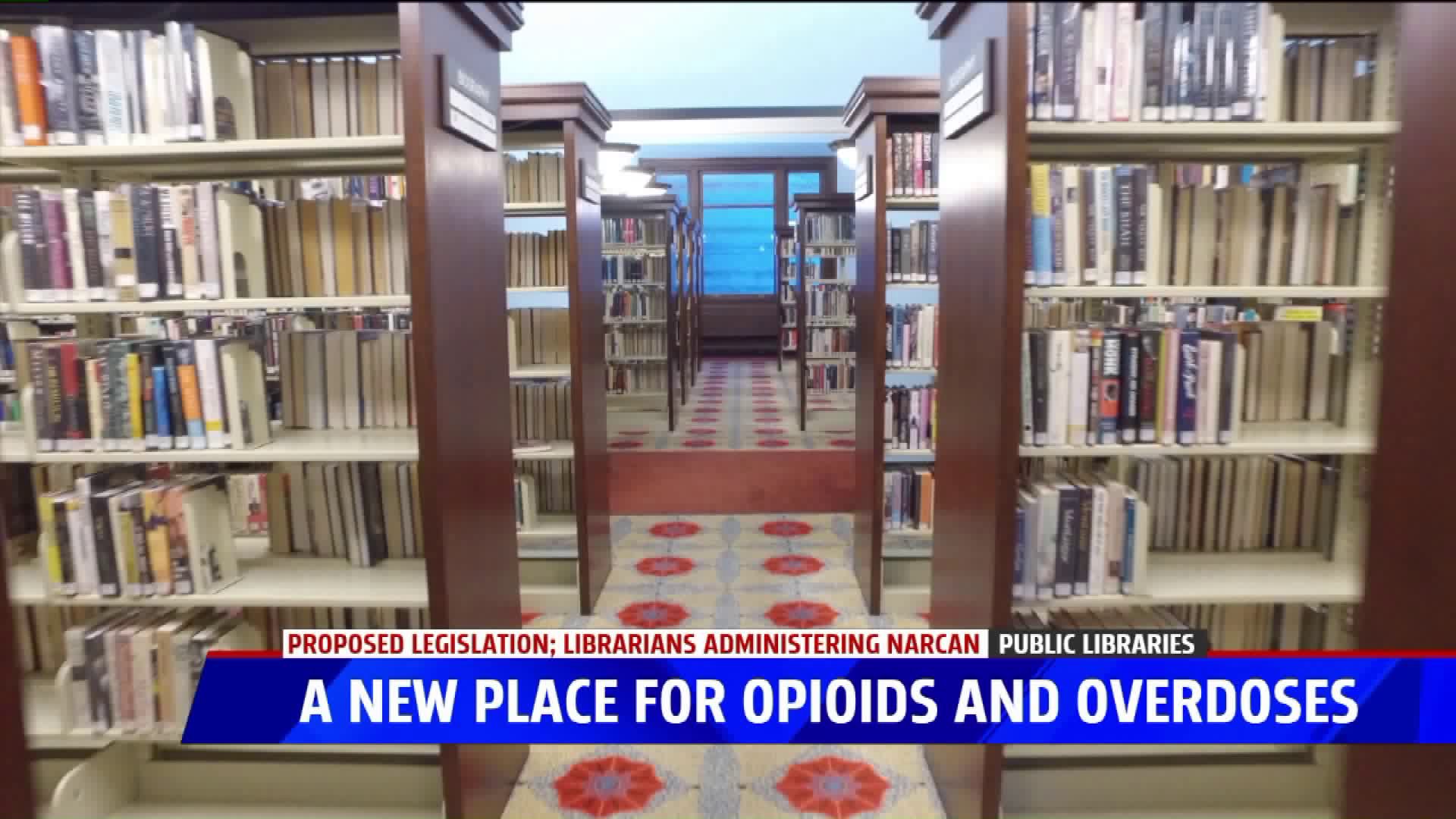 LANSING, Mich. -- A bill moving through Lansing would allow public libraries to stock an antidote to treat opioid overdose emergencies.

Senate Bills 828 and 829 would allow public libraries to purchase and stock naloxone. Library employees would be able to carry and administer the medication after they've been trained to a person believed to be experiencing an opioid-related overdose.

Some libraries say this is a necessary step to take.

"There have been a number of libraries that have seen serious overdoes in their libraries, including our libraries here in Grand Rapids," said Marla Ehlers, Assistant Director of Grand Rapids Public Library.

Ehlers says people are abusing opioids inside libraries and sometimes overdosing, both in bathrooms and out in the open.

"I can think of three or four instances off the top of my head where in the last year and a half, two years, where we're pretty sure that it was an overdose," Ehlers said. "There's one instance where someone did die."

"The library association came to me and said 'Would you please sponsor a bill protecting librarians?' Because libraries also have issues where people go into the bathroom and they go into the stacks or the parking lot and unfortunately they use heroin and they have an overdose," said Jones. "The purpose of my bill is to make sure that librarians can administer Narcan and save lives."

Current laws already protect law enforcement, first responders and schools, and this would add libraries to the list.

"It's unfortunate that we have to do this, but it's very important," Jones said.

The bill doesn't provide funding to provide the naloxone. Libraries would have to apply for grants or find a different way to pay for it. It also doesn't require library staff to receive the training, it simply gives them the option to learn.

"That will give the library the protection it needs to be able to offer an antagonist to combat an overdose in the time that it takes for first responders to get here to help," Ehlers said.

Ehlers says the Grand Rapids Public Library works closely with the Red Project, and they'll likely provide the training to staff members to recognize the symptoms of an overdose and administer Narcan.