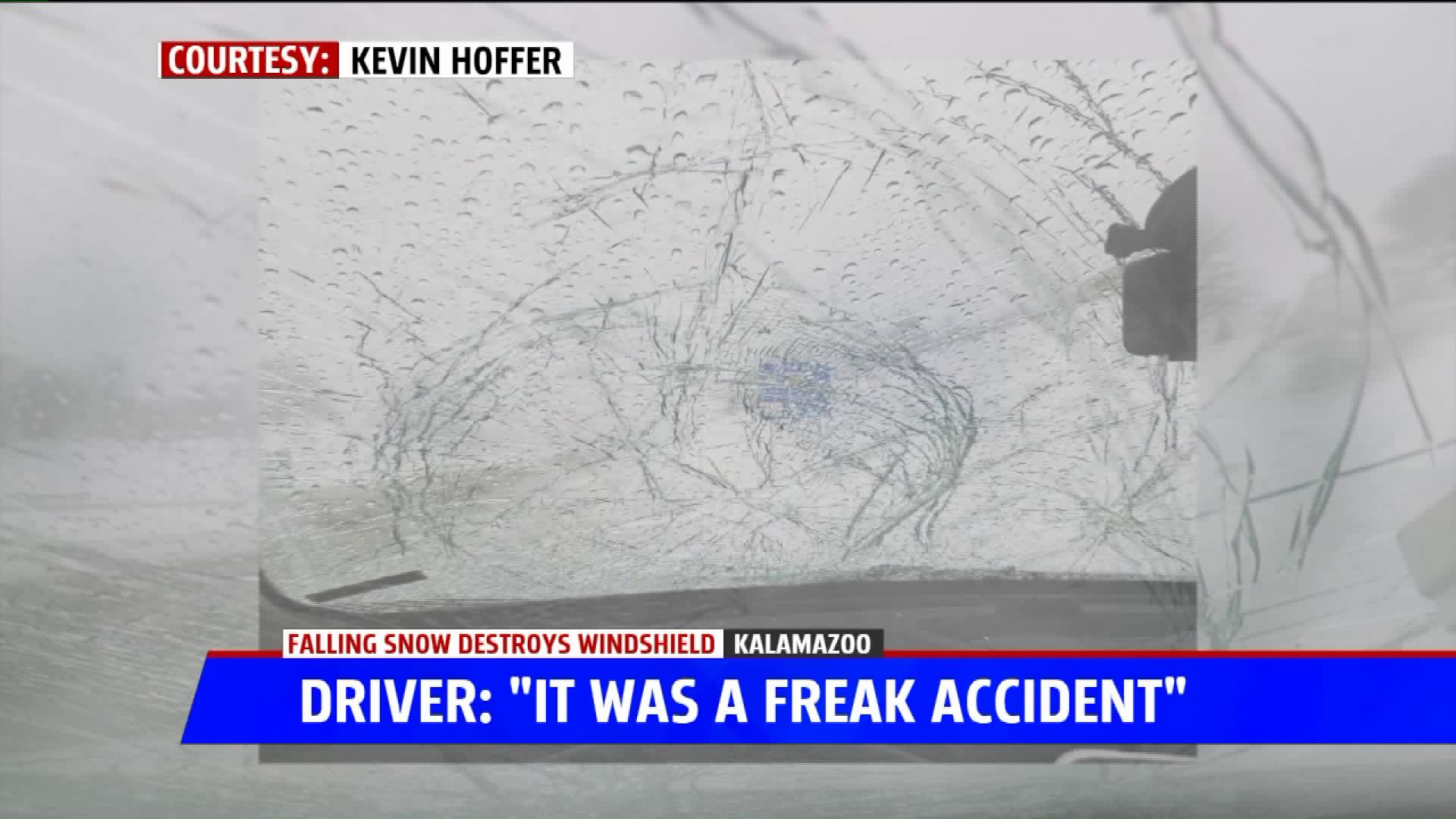 KALAMAZOO COUNTY, Mich. - A freak accident was caught on video Monday in Kalamazoo after the snow storm.

Kevin Hoffer was driving northbound on US-131 when he approached the Michigan Avenue overpass. A county snowplow on the overpass was clearing snow dropping it onto the highway.

Hoffer says he saw it coming. He was able to pull off the highway safely and was not injured and traffic was not affected.

"I didn't nearly expect it to come crashing down and cause any damage. My entire intent was actually to not have it come down on my windshield and not be able to see the road because of traffic and stuff I wasn't trying to get out from underneath so it didn't do that and in turn it just smashed my windshield," says Kevin Hoffer, Driver.

Hoffer tells FOX 17 that his insurance is covering most of the $600 cost to replace his windshield, but he's hoping the county will pay for the rest. He says he is happy that he had a camera on his dashboard to record the incident.