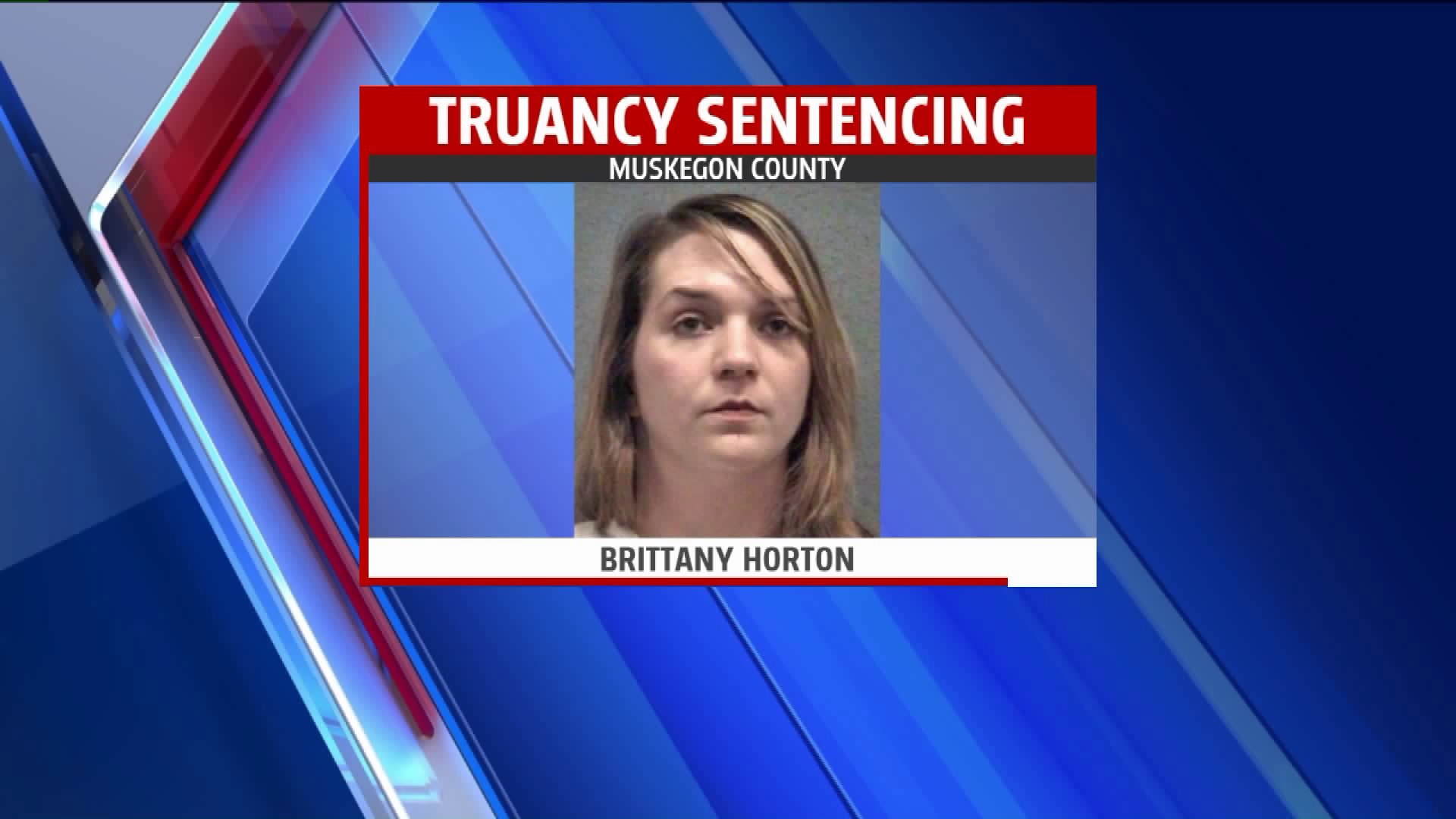 MUSKEGON COUNTY, Mich. --  A mother in Muskegon County woman has been ordered to spend 5 days in jail after she did nothing to keep her child from missing school.

In total there are 26 unexcused absences on her 6-year-old's record.

Brittany Horton was sentenced this month after she plead guilty to a charge of truancy back in May. Her punishment was delayed, because the prosecutor's office wanted to give Horton a chance to solve the problem.

Instead, her student missed more classes.

Administrators say Horton also failed to show up to scheduled meetings to discuss the absences.

Along with jail time, she'll have to pay more than $500 in fines.