Now and Then in Michigan: Brewery Vivant – From Chapel to BrewPub 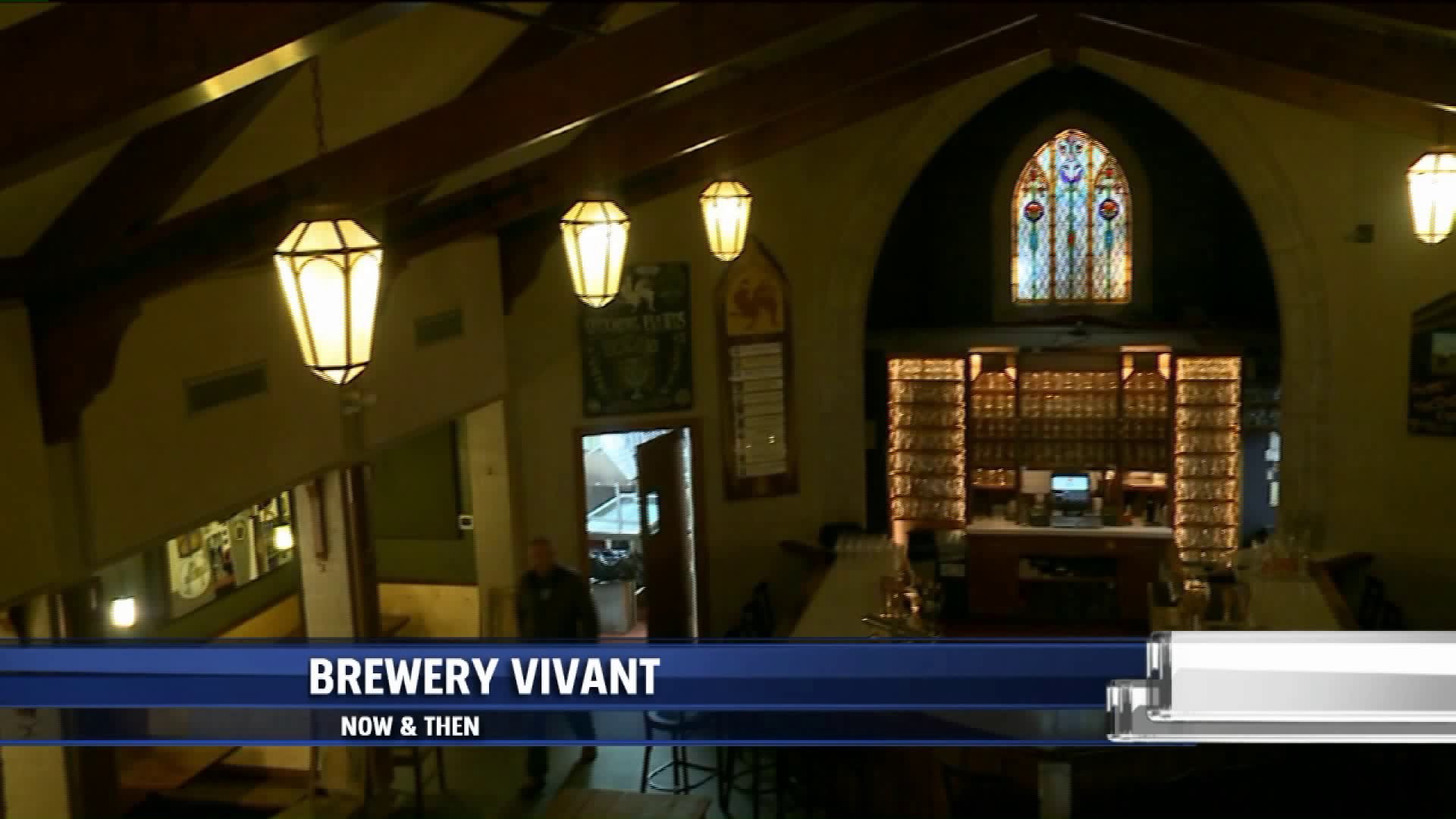 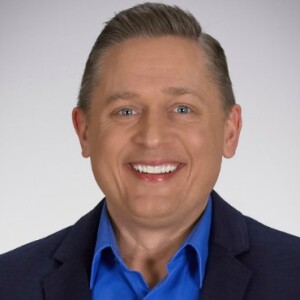 In our Now and Then in Michigan series,  we’ve taken you from the historic Holmdene Hall on the campus of Aquinas College to downtown Grand Rapids' first every skyscrpaper at McKay Tower.  All of this running around has gotten us thirsty. Good thing there’s a brewery in town that’s located in a building that’s just as interesting as it’s wide selection of craft brews.

If it feels like you’re having a religious experience while at Brewery Vivant, that wouldn’t be far off from one of this building’s intended purposes. This chapel-like structure has a buttressed roof, long wooden community tables down the center, and stained glass behind the bar. It’s unlike any other brewery in the area.

In 1894, the Metcalf Funeral Home was the largest funeral home in Grand Rapids and held that distinction for almost 100 years. The high vaulted ceiling and exposed beams were design features of the day. The building expanded in 1915 and the new space was used as an automobile garage but later turned into a stable for Metcalf’s 17 large white horses.

It was 1948 when the chapel, which now serves as the brewery’s main pub and gathering space, was constructed.

In 1980, Spectrum Health purchased the two buildings and used them as a daycare center. But by the year 2005, the buildings were once again empty and sat that way for about five years.

That’s when the Spaulding family stepped in. This husband and wife team bought the two buildings in 2010 and planned on opening their own craft brewery and pub.

Brewery Vivant is a 20-barrel, three vessel brewhouse, that produces about 5,000 barrels a year. But it's not only a full manufacturing production brewery, but also one of the most touted brewpubs in the area known for its beer, food, and unique ambiance.

The Spauldings made a concerted effort to incorporate as much of the original construction as possible while still modernizing the space. The limestone arches, stained glass windows, open beamed ceiling, and chandeliers are all original from its days as a chapel.

Brewery Vivant's owners are just as passionate about the environment as they are about brewing.  The building was the first ever LEED certified production brewery in the United States in 2012 by exhibiting resource efficiency, using less water and energy in order to reduce greenhouse gas emissions.

Two years later, they became the fourth certified B Corporation in West Michigan.  B Corps are for-profit companies certified by the nonprofit B Lab to meet rigorous standards of social and environmental performance, accountability, and transparency. This is an international certification similar to LEED for buildings or Fair Trade for coffees, but it looks at the whole business, not just one piece.

The Spauldings have been able to accomplish all of these environmental goals without taking any of the charm away from the original structure.

If you're looking for a unique dining and drinking experience, stop by Brewery Vivant. If you'd like us to dig deeper into a historical site you have found interesting for our Now and Then series, send us an email: tchance@fox17online.com.