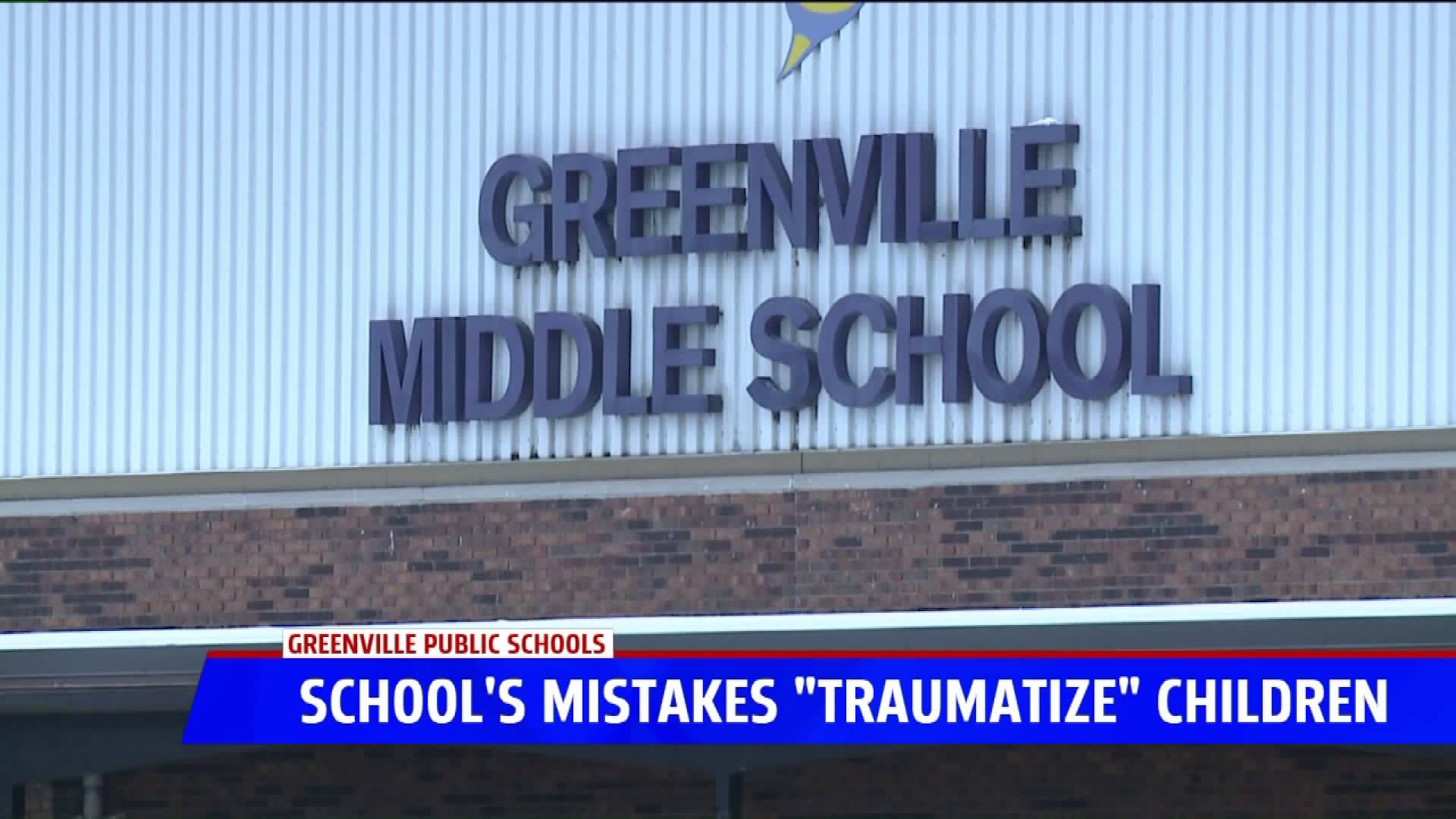 GREENVILLE, Mich.-- A false threat of a school shooting led to an innocent child being questioned by police and embarrassed in front of his peers because he has the same first name as another student with discipline issues.

The mother of the innocent 12-year-old spoke to FOX 17 and is choosing to remain anonymous to protect the privacy of her children. She says she got a message from her husband Thursday morning that said, “He’s at the police station. Something about a threat. I’m not sure what’s going on.”

According to Superintendent of Greenville Public Schools Linda VanHouten, a parent sent in a tip after her daughter told her about a rumor she heard on social media that a boy was threatening Greenville Middle School.

Only two boys at the middle school have the first name included in the tip.

“The public safety only had a first name," says VanHouten. "They did not have a last name. We have two students with that name in our building and so we were trying to sort out which student it may be.”

After investigating, the superintendent says the rumor snowballed from an incident earlier in the week from one of the boys and that there was no current credible threat. According the mother, the other boy had been suspended. She says that fact should have been enough for the school to leave her son alone.

“That’s what really upset me, is the fact that the school district didn’t put two and two together at all," the mother says.

The mother says her son and daughter were on the school bus Thursday morning when police pulled the bus over, came onto the bus and put her son in the back of the police car. They brought him to a police station for questioning.

“I can understand why parents and that student may be frustrated that they even had to be questioned," says VanHouten.

The mother says it was also a traumatic experience for her daughter, who was taken to the high school for safety reasons. This meant she had to miss class. She says while she was there, her daughter opened up an application on her cell phone that keeps track of her attendance.

“She goes on her app and the excuse they put in was ‘Brother threatened to shoot up the school,'" the mother says.

The mother says that's what made her the most angry: that her son was treated as guilty until proven innocent.

The superintendent apologized to the mother for that entry in her daughter's attendance record. She told the mother that note has since been deleted and issue has been addressed directly with the main office employee responsible.

The mother says both of her children did not want to attend school on Friday, so she allowed them to stay home.

The mother tells FOX 17 she is strongly considering having her children switch schools.

“There’s really nothing anybody can really say. I mean it’s, a little boy got traumatized. And his sister," the mother says.

The mother says she has gotten several messages of support from other parents. She adds that she does not blame the Greenville Police Department because they were simply acting on information from the school district.

VanHouten says she already worked with school security and staff about the matter and how they can make sure a situation like this doesn't happen again.