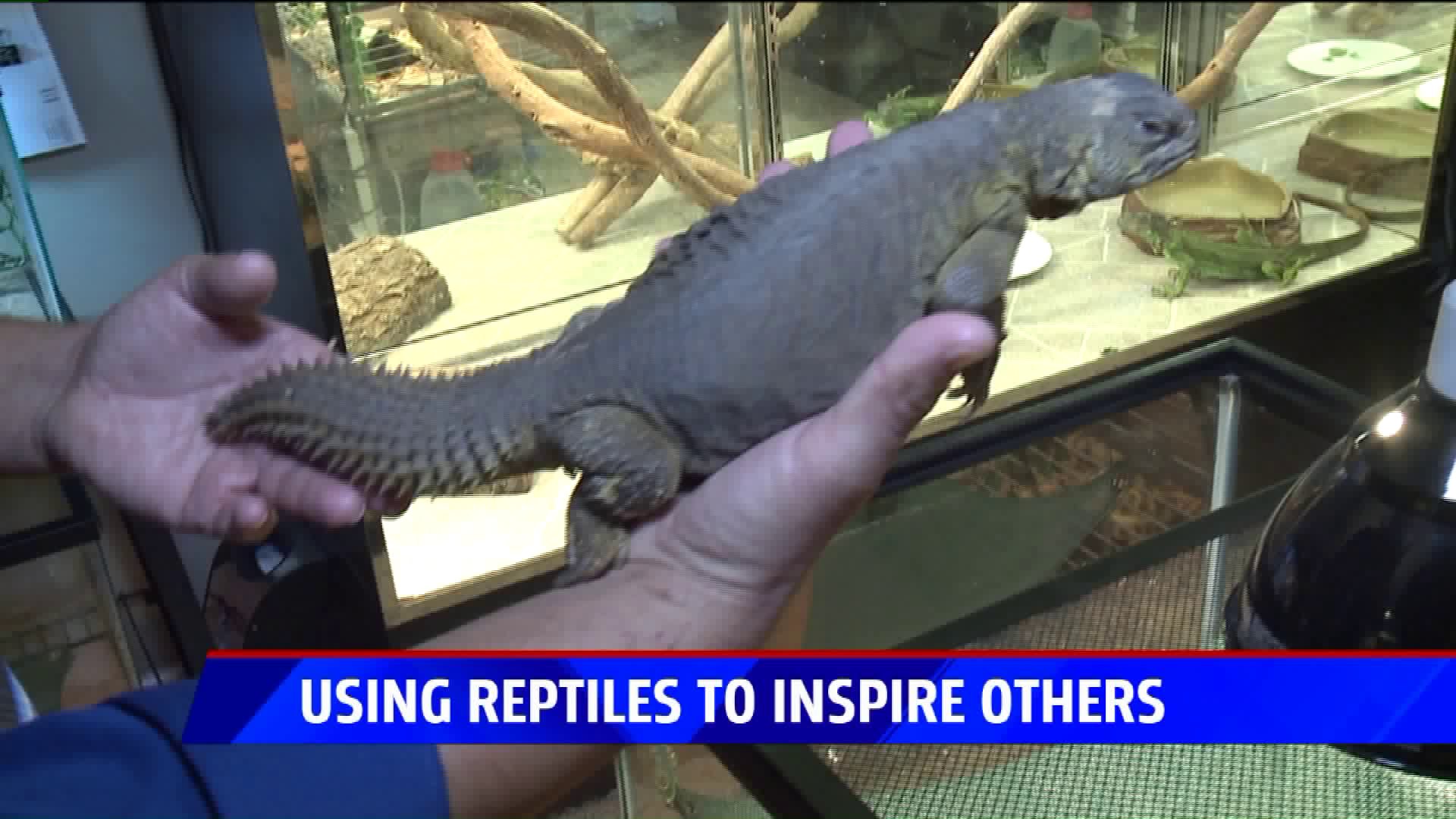 HOLLAND, Mich-- Whether you love them or hate them, reptiles are a part of our ecosystem, and though it may seem unusual, a local man is using them to inspire others.

Just like his pets, including his turtles, he's showing others that it doesn't matter how slowly you go as long as you never stop.

Just years ago, Lalo Salcedo was homeless and couldn't afford a 99 cent bag of chips for his daughter.

"I remember one experience where I was homeless and I slept on an air bed. I remember waking up on the floor and it was just the ickiest feeling," Salcedo said.

Now, he's using bearded dragons, snakes, and lizards to teach others to never give up.

"I just started purchasing," Salcedo said. Collecting animals can be tough. It's a never-ending quest and an expensive one at that.

Currently, Salcedo owns nearly 50 reptiles, treating his Blue Tegu Lizzard like a king in his man-made animal kingdom. He says they're like family and all of them have names.

That includes a boa constrictor. "It's maybe 15 feet and I haven't brought it here yet because my fiancé is terrified of it," Salcedo said.

Do you blame her?

It's clear Salcedo has a major love for reptiles and it's his dream to open up a reptile exhibit in Holland for West Michigan to enjoy.

"I feel that God has brought me from the pits, not to the palace, but he's taking me there and I want to bring people with me," Salcedo said.

With, of course, reptiles; 200 of them, in fact. But there's still a lot of work that needs to be done. Salcedo needs to purchase the building for his reptile exhibit, buy more animals and their enclosures.

He needs tens of thousands of dollars to do so. He hopes to open the exhibit in a year and it will be open to the public for a small fee.

Wednesday, December 5th, Buffalo Wild Wings in Holland is holding a fundraiser. If you would like to help, they'll be donating 20% to Salcedo on all sales, as long as you mention the reptile exhibit.