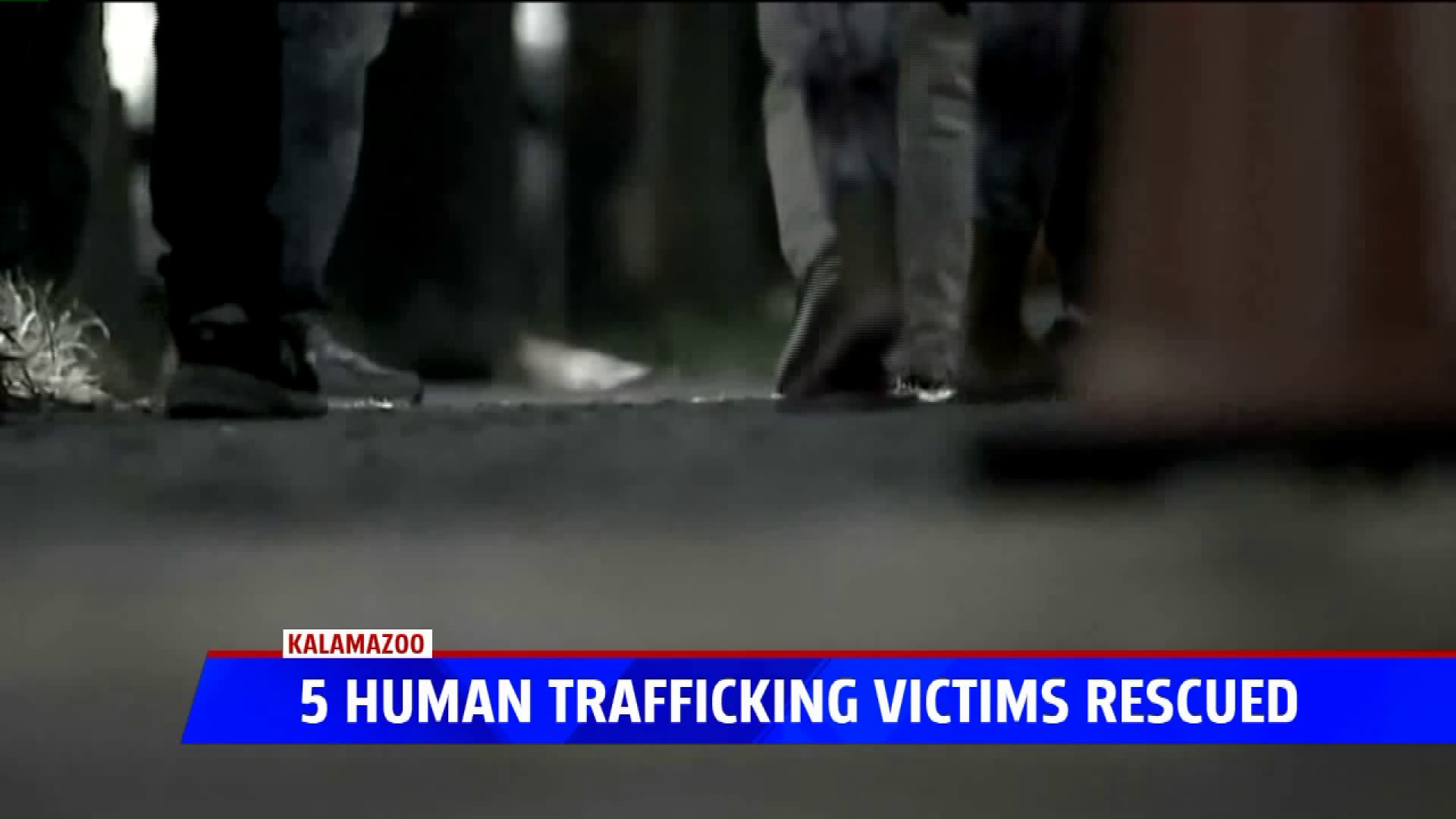 “We had identified about 20, give or take, victims of human trafficking,” said Det. Lt. Criger during an interview at MSP’s 5th District Headquarters. “We had some undercover officers try to make contact with them. We were able to contact and locate five of those [victims].”

Det. Lt. Criger said they worked alongside the Kalamazoo Department of Public Safety and the Federal Bureau of Investigation, tracking several escort websites' activity between Paw Paw and Battle Creek for weeks. Undercover officers first made contact with the victims on the telephone and they eventually met online. Then, through using a victim-centered approach, they were able to "recover" them he said.

“We brought in the Kalamazoo Area Victim Services and the YWCA and [were] able to take those females, offer them all kinds of services anywhere from coats -- because it was very cold -- to a bed,” said Det. Lt. Criger.

They were also offered services for housing, employment and mental health. He said human traffickers will use manipulation and emotional abuse to hold victims captive.

“Sometimes one of the hurdles are they’re not really sure about their status and that they are actually victims,” Det. Lt. Criger said. “In some cases these girls have, a little bit in their mind, [a] better life now than they do at home.”

Det. Lt. Criger said they’ve spent much of the year training police posts throughout southwest Michigan about human trafficking awareness. Road troopers were trained on how to identity it during traffic stops. The public was also eductaed on how to spot suspicious activity, especially at hotels. He said oftentimes girls are taken to hotels and kept in rooms.

“When people go into hotels the things to look for are multiple people, different people going in and out of one room,” said Det. Lt. Criger. “Maybe somebody there that looks like they’re controlling the room, milling around the outside, not really doing a a whole lot, doing the talking for the girls.”

He suggested also paying attention to cell phones and who’s  carrying them and if there’s any signs of physical abuse on the victims. Police did not make any arrests this weekend, he said. The focus now is on helping the victims have better lives.

“We’re offering them other ways to sustain life on their own,  make a living, be out there and do things for themselves,” Det. Lt. Criger said.

***Anyone with information about any adult or child who may be a victim of human trafficking or is at risk of becoming one, you should call the National Human Trafficking Hotline at 1-888-373-7888 or text 233733 at any time. For immediate emergencies, call 911.***