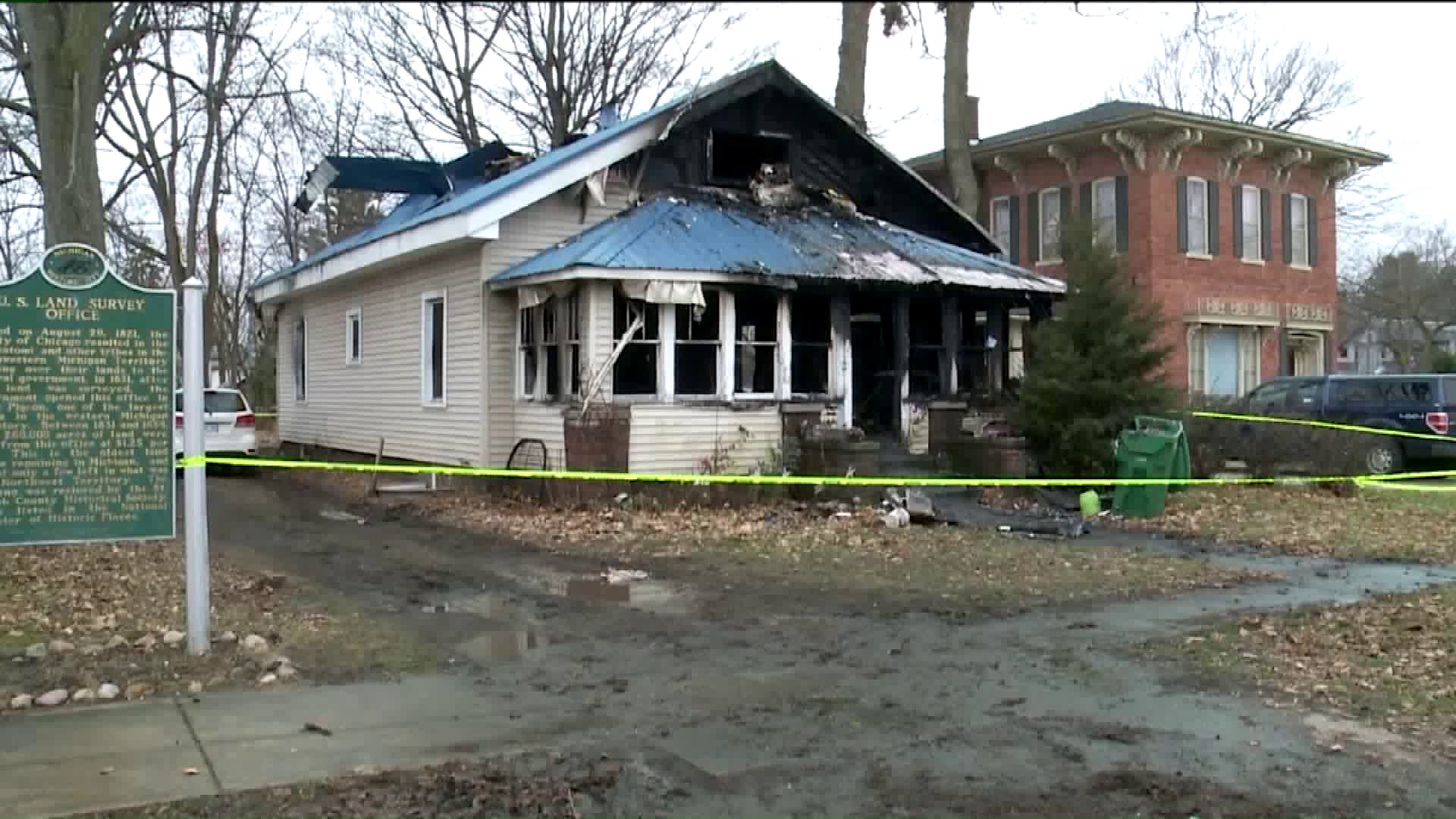 WHITE PIGEON, Mich. — Fire Chief Troy Andrews paused a few times while talking about the fatal fire Tuesday morning. He said most of the people escaped from the fire. However two did not. One of them he knew.

“It’s not an easy job especially when you have a deceased child close to the age of your child that has interaction with your child, through school, through a sporting program,” said Chief Andrews during a media briefing. “I’m doing the best I can.”

Chief Andrews had been on the scene of the fire all morning. He said that fire crews were dispatched to the house fire on Chicago Road around 3 a.m. Eleven people were living in the house. Nine of them made it out and were alerting firefighters, when they arrived, to the two others inside.

“Crews attempted to make entry into the home but were faced with heavy fire and heat, preventing them from gaining access to the second floor,” Chief Andrews said. “I also had a crew attempt to go up the stairwell once they got the fire knocked down and the stairwell collapsed on them.”

No one was injured when it fell, he said. When they broke through two small windows in the back of the house and they immediately went upstairs.

“We found two deceased victims: one a 7-year-old boy and the other a pregnant 36-year-old mother,” said Chief Andrews.

Chief Andrews said the two were not related. Seven of the nine survivors were treated and released at a local hospital. They’re in good condition he said. However the emotional impact was devastating especially with the fire department.

“With this being a younger family, a lot of firemen are younger with children that go to our schools and go to school with these children,” he said. “So it’s probably more emotional than physical.”

Chief Andrews said the investigation into the house fire is ongoing. They do not know exactly what caused it. However they learned that the house had electrical issues. When crews were inside they did find a working fire alarm on the second floor. However, he recommended that fire alarms be placed throughout homes so that everyone can hear them and that families have an escape plan.

“Make sure that every home has smoke detector, a working smoke detector in every bedroom, every common area outside the bedroom,” Chief Andrews said. “The other things is teach your children two ways out.”

Morris Motorsports in White Pigeon is offering to collect clothes, toys and money for the victims.  They are also offering to donate 35% of their proceeds for the next few weeks to purchase items for the affected families. For a list of clothing sizes, click here.