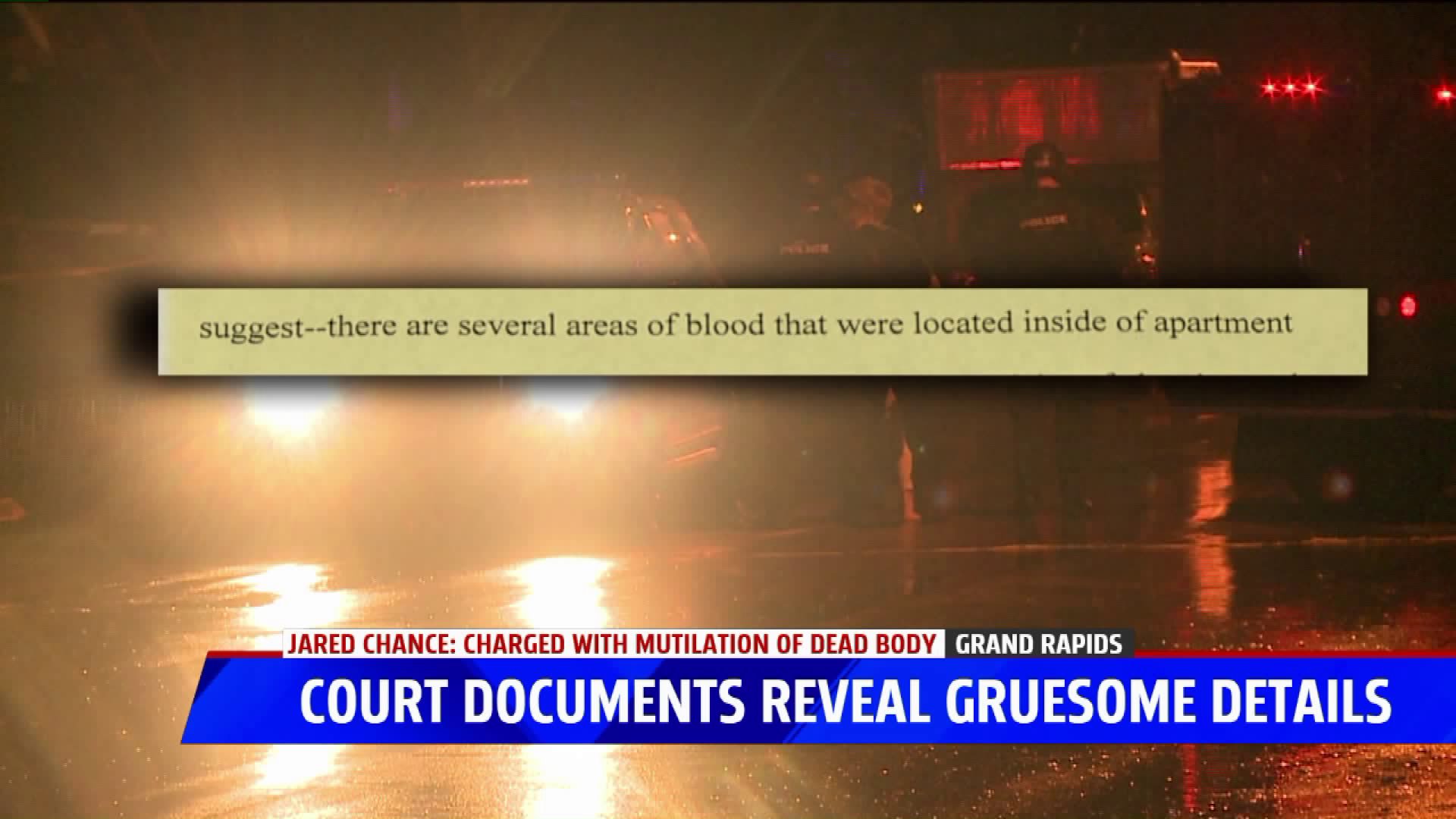 GRAND RAPIDS, Mich.-- Court records obtained by FOX 17 detail the gruesome discovery made by the neighbor of a man facing felony charges for the mutilation of a dead body.

A "strange smell" led Jared Chance's neighbor, who FOX 17 is not naming, to the basement he shared with Chance. It was there that the neighbor found a bag with the remains of a partial human body, prompting him to call 9-1-1.

Other evidence found in Chance's apartment include human remains, several areas of blood and cleaning supplies. These findings led to Chance's charges of mutilation and concealing a death.

Detectives also note that Chance was with a female acquaintance two days prior to his arrest, who has since been reported missing and hasn't been found.

Investigators say they've also been in touch with the family of Ashley Young, whose friends say knew Chance and hasn't been located since being reported missing herself.

On Wednesday, the same day Chance was arraigned, a Grand Rapids forensics team was at a home along 20th Avenue in Holland, which property records show is Chance's parent's home.

Those officers were seen coming in and out of the home, taking pictures and possibly collecting evidence. A vehicle at the property was also confiscated.

Investigators haven't commented since a brief press conference on Wednesday. They are asking for patience as this complex investigation runs its course.

Chance is being charged as a fourth time habitual offender because of unrelated prior criminal activity. He could face life in prison if convicted.