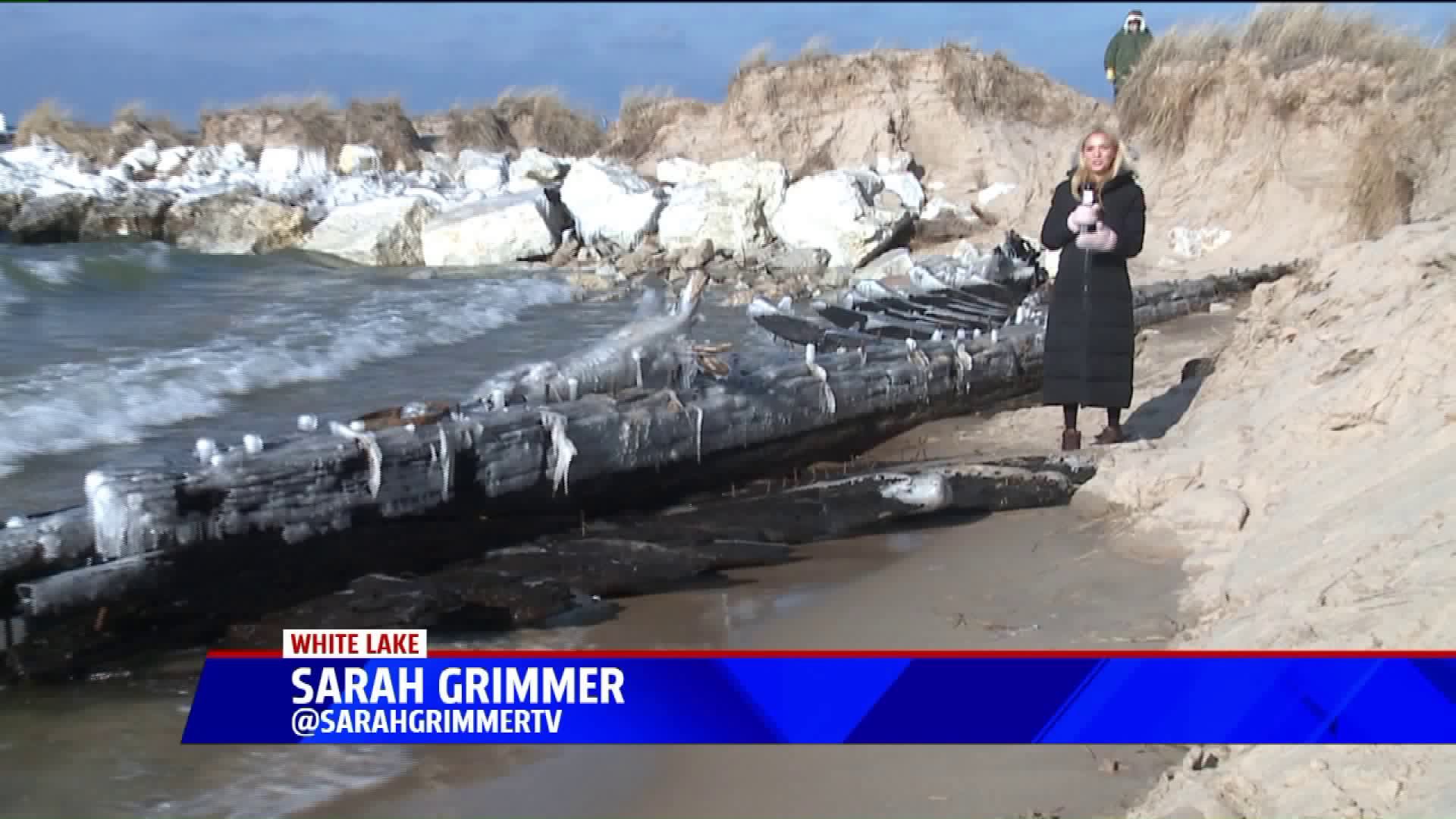 WHITE LAKE, Mich. -- If you've been on social media this week, you've probably seen the circulating photos of a shipwreck at White Lake channel.

The photos show a wooden hull partially deteriorated and coated in ice.

We decided to check out the spectacle ourselves and arrived to see many other families and individuals had the same idea.

People we spoke to seem to have the same guess: that the wreckage is that of the Woodruff, a ship from the 1800s.

But experts say that still needs to be confirmed.

"We're piggy-backing on earlier accounts where people have perhaps jumped to conclusions and named it Woodruff,"  said Michigan Shipwreck Research Association president Valerie van Heest. "But really, until we do an archaeological investigation can we really start to narrow it down."

What we do know for sure?

The local mystery is fascinating.

"[It's] a small piece of history that we're able to take part of," one couple told FOX 17 Monday.

History is indeed awaiting us right on our own lakeshore. However van Heest says it won't be visible for long.

"The sands are shifting, big storms will move large bodies of sand then reveal things," said van Heest. "This may be gone with the next storm. It's a small window in time where we can look at these ships, the remains of these ships."

That's why it's important to get out and see history while we still can, because according to local students, it's pretty awesome.

If you want to go see the shipwreck for yourself, head to the White River Light Station and follow the pier to the left.