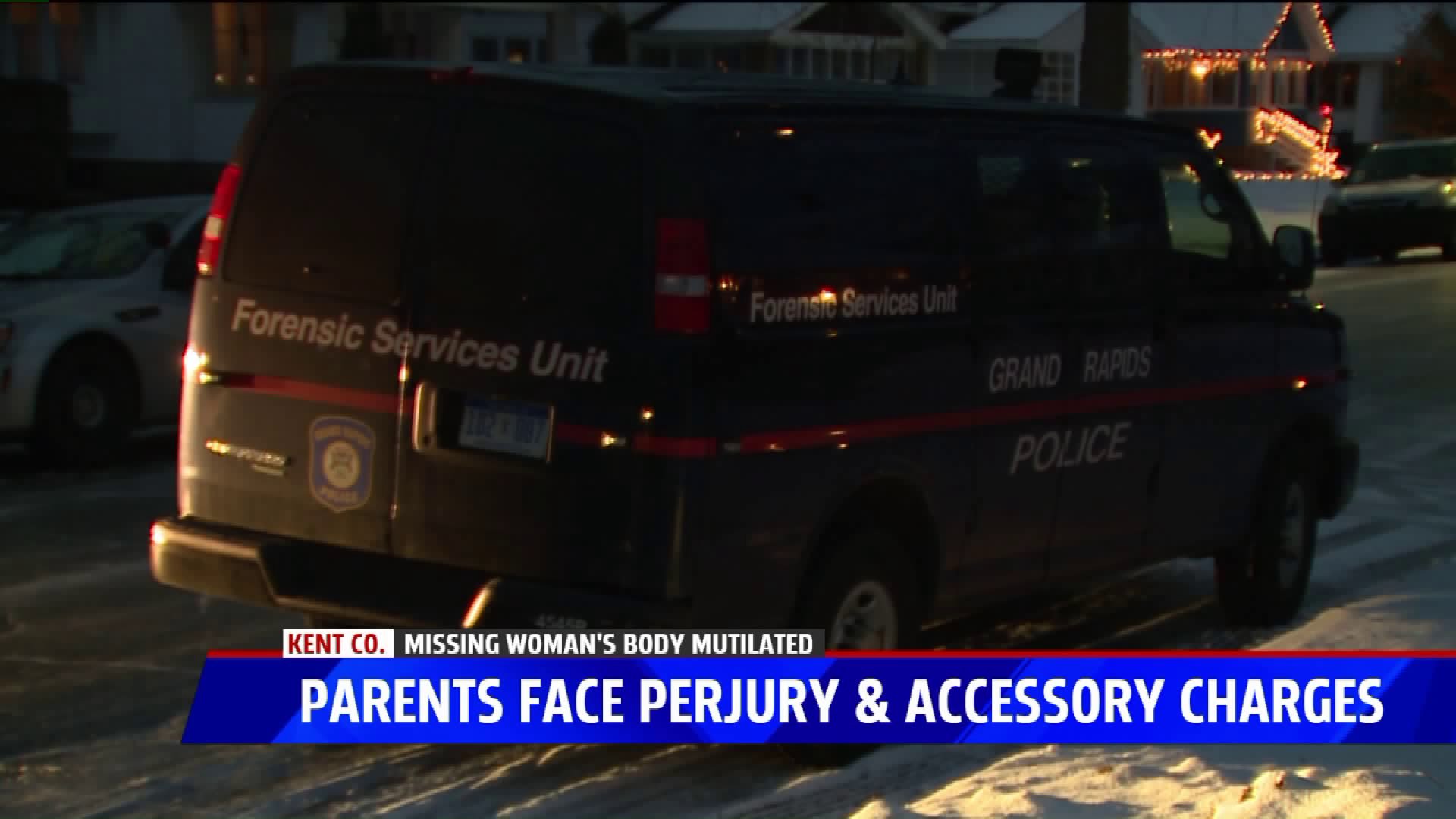 GRAND RAPIDS, Mich. - The Kent County Prosecutor has announced charges against the parents of a man charged with dismembering the dead body of a Kalamazoo woman.

Jared Chance, 29, is in custody charged with Mutilation of a Dead Body and Concealing a Death. The body was found in a home in southeast Grand Rapids on Sunday, December 2. Chance was charged with those counts last week. Police searched the home of Chance's parents in Holland last week as well.

Prosecutor Chris Becker says that both Barbara Chance and James Chance are being charged with one count of Accessory after the Fact to a Felony and one count of Perjury in an investigative subpoena. The felony referred to in the charges is the felony of Mutilation of a Dead Body.

The Chances are expected to be arraigned Wednesday morning.

A neighbor of the Chances says she never noticed anything out of the ordinary for the couple living in Holland. The woman didn't wish to be identified, but says she saw police searching the Chance's home last week, going through their garbage cans and towing away a car.

“It ran a chill through my spine, it really did because we live fairly close and it was unnerving, shocking and my heart broke for her family and what she had to go through and then also a part of me for that family and for the parents," said the woman.

The body was determined to be Ashley Young after several days of investigation when DNA results were returned. Young had last been seen at Mulligan's Pub in Eastown.

A family friend told FOX 17 last week Chance and Young had been spending time together recently. A photo of the two of them was posted on social media allegedly taken just a few days before she went missing.

“As a parent, you love your kids and you want to protect your kids," said the anonymous neighbor. "As a parent my heart broke for them. I'm not making excuses for what they did because I don’t know their role in this other than the fact that I’m sure that a protection went up for him. To be honest, I don’t know what went through their head. I could never do that.”

Jared Chance is being charged as a fourth time habitual offender and could face life in prison if convicted. The neighbor wishing to remain anonymous says she wishes this could've been prevented.

“It takes a village to raise a kid, so somewhere along the way here he didn’t have his village or there was something definitely missing there that’s heartbreaking to me," said the woman.