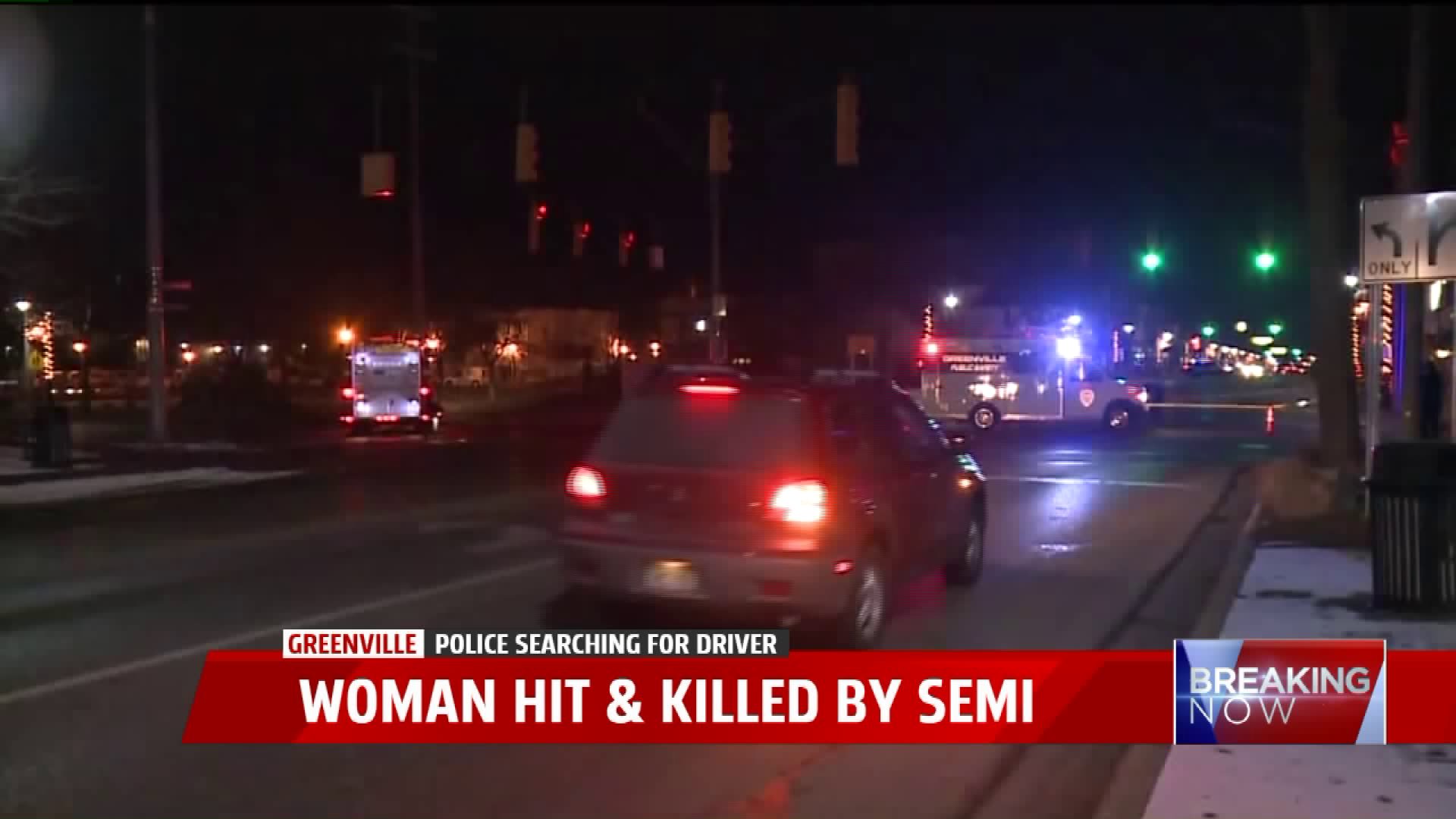 GREENVILLE, Mich.  --  A busy intersection in downtown Greenville re-opened to traffic around 9:35 p.m. Tuesday, after police say a semi truck struck and killed a pedestrian earlier in the evening.

Officials say it occurred just after 6 p.m. at the intersection of Washington Street (M-57) and Lafayette Street (M-91), as the semi was making a turn.

Investigators say a woman was walking across the street when she was hit by the semi and later died at a hospital. Police have identified her but are not releasing her name until family is notified.

Officials tell FOX 17 they are still searching for the truck and its driver and say it's possible they didn't even know they hit someone.

"They're sitting up so high, especially with semi tractors sometimes they don't see things that you and I would see in a passenger car," said Sgt. Darren Jones with Greenville Public Safety. "Quite often they can hit things and just not know that they hit something."

Sgt. Jones says the department is also looking to see if any businesses have surveillance video from the incident.

This isn't the first time an incident like this has happened in that area.

In September 2015 a four-year-old boy was fatally struck by a vehicle at that same intersection.