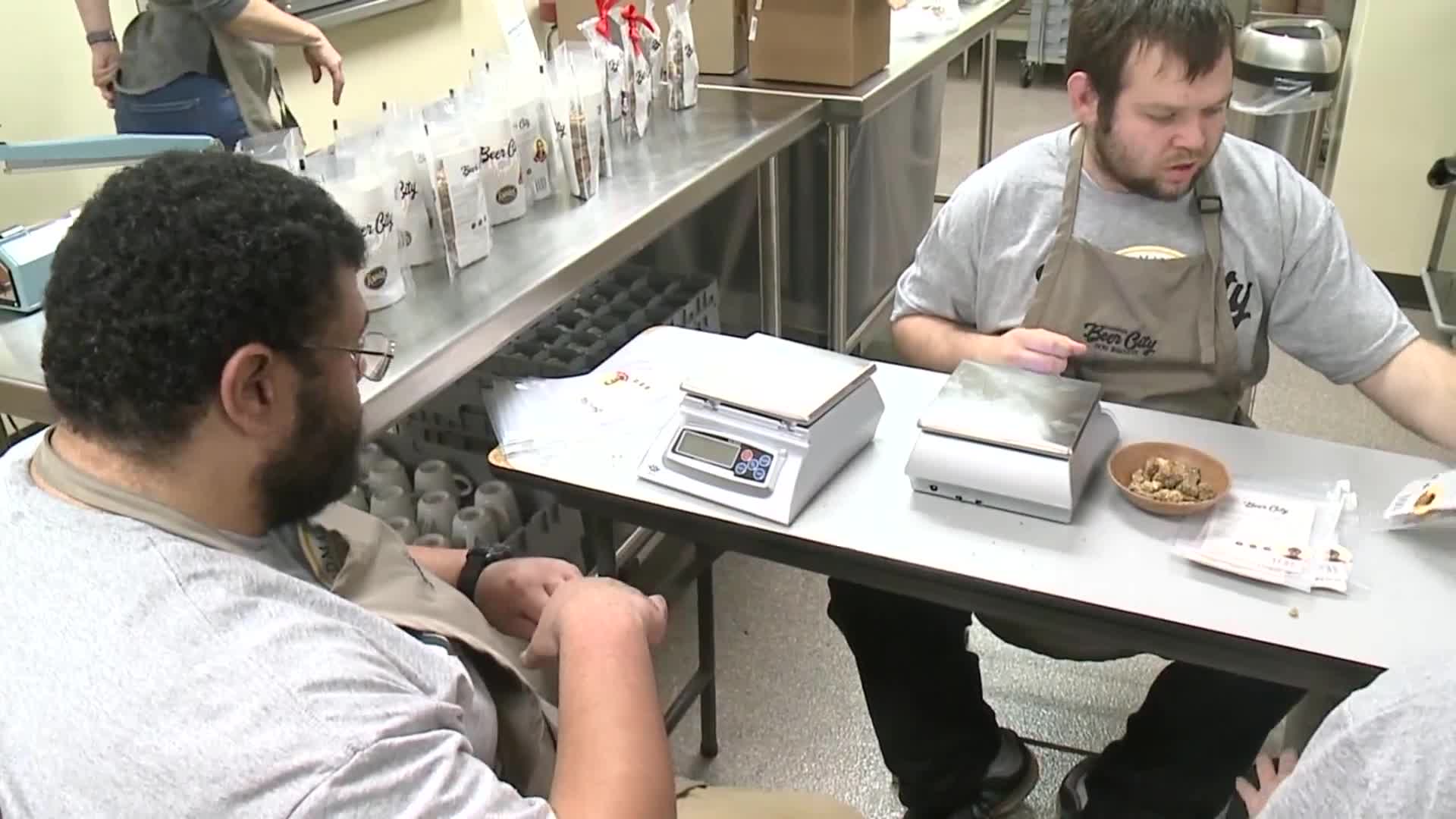 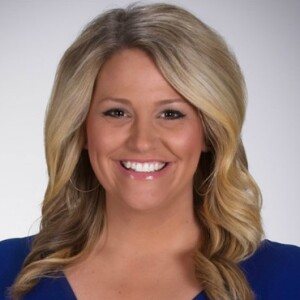 GRAND RAPIDS, Mich. -- Disability activist and American poet Robert M. Hensel once said, “There is no greater disability in society, than the inability to see a person as more.” Two long-time friends are  on a mission to change that.

Inside the kitchen at Central Reformed Church in Grand Rapids are people hard at work producing, of all things, dog biscuits. And joy.

The operation at Beer City Dog Biscuits is a little different. It provides vocational training and jobs for adults with developmental disabilities. And the masterminds behind the operation are two mothers who want more for their sons. Leslie Hooker's son is blind; Suzanne Wilcox's son is on on the autism spectrum.

"They’re so proud of what they’re doing, and we're so proud of them," said Suzanne Wilcox, co-owner of Beer City Dog Biscuits in Grand Rapids.

It all starts with four simple ingredients: peanut butter, flour, eggs, and spent grain donated by Founder’s Brewery.  But this recipe wouldn’t be complete without the dedicated and passionate “brew bakers."

"It's been a great experience just a working with all these great people," said Wilcox's friend and business partner Leslie Hooker.

"We felt that it was really important to find something substantial for them," Hooker said. "We did a lot of research and realized that there was not any kind of true program to be working for them in a consistent basis and having some fulfillment and a purpose."

And that’s how Beer City Dog Biscuits was born, to help bridge the gap of the some 70 percent of those with disabilities who are unemployed or underemployed.

The pair seek to provide a sense of being part of a true enterprise, "not just going in to working for an hour or two and leaving," Wilcox said. "From picking up the spent grains to packaging them to mixing the dough, putting the dough in the biscuit trays, to baking to, now, packaging and sealing,  it’s their business."

And 100 percent of the profits go towards the mission. And part of the mission is to show other businesses an untapped source of "incredible employees and work ethic," Wilcox said.

"I can see the future for them is being incredibly fulfilling," she added, with a chance to feel pride in their work and becoming independent.

A sense of pride built upon opportunity and possibility. "He really takes pride in it" Wilcox said of her son. "He wants to work. He wants to be valued in it every day and give back."

And it's not just disabilities the staff has overcome. "I think everyone of them was told they might die, they wouldn’t be able to be in a school room, they wouldn’t ever be able to work," noted Hooker. "And look at what they’re doing. So I think they all have beaten the odds."

Brew baker Tannis Hooker sent "a shout out to all the people that make this happen. (I) just want people to know that we're a group of individuals that can do anything, if we put our minds to it."

The goal is to one day actually employ the brew bakers and even have them become managers and play other vital roles in the company.

You can find Beer City Dog Biscuits at several places around the greater Grand Rapids area, including several Pet Supplies Plus locations.