Volunteers need to raise dozens of assistance dogs in training 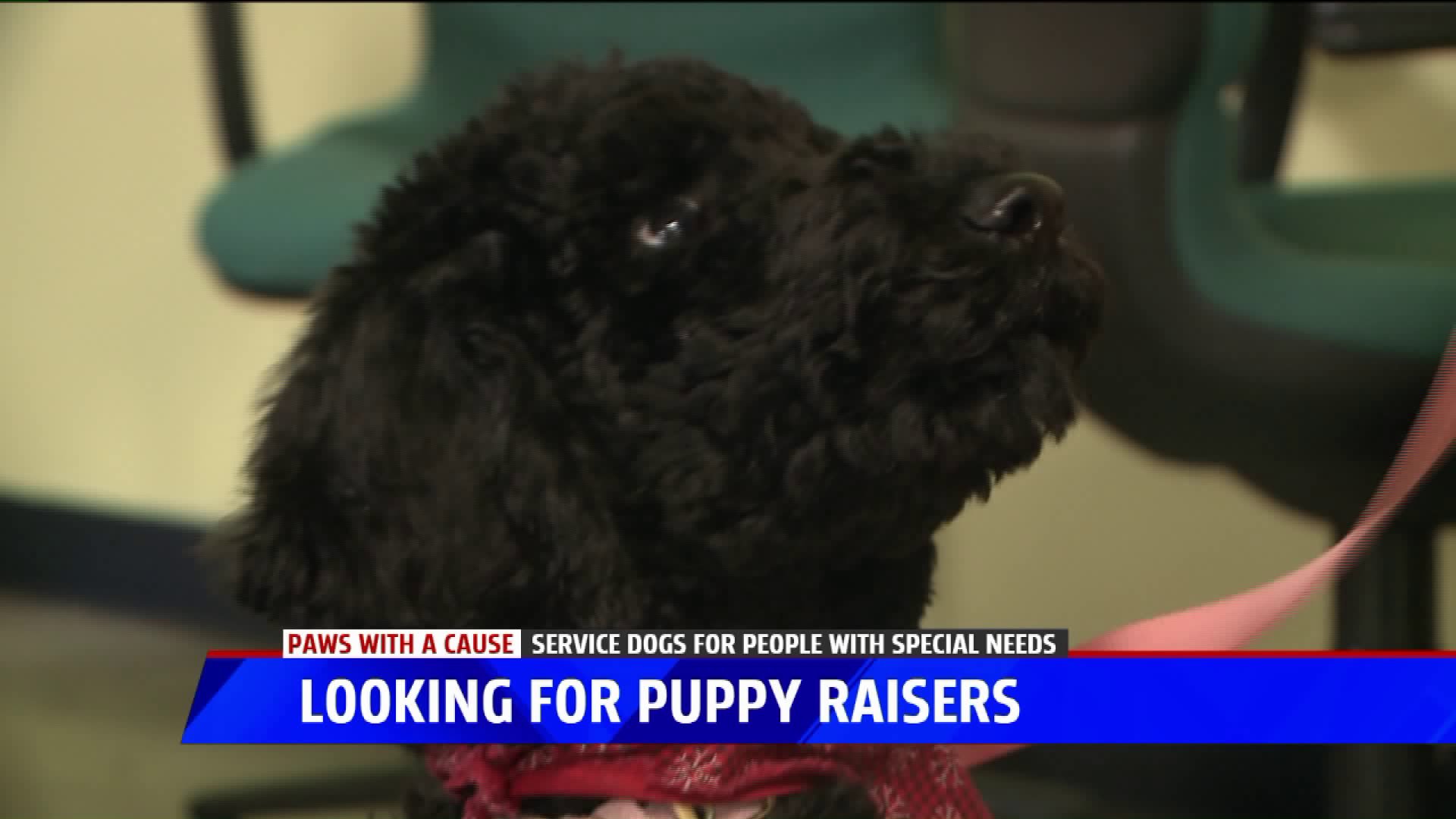 WAYLAND, Mich. -- Paws with a Cause, a non-profit that trains and places assistance dogs, is in need of volunteers to raise puppies through their first year of training.

Paws with a Cause is expecting the arrival of 79 puppies in January. The puppies trained through Paws are Labrador retrievers, golden retrievers, poodles and papillons.

“We try to keep our dogs working as much as we can," says Cara Conway, the public relations coordinator at Paws.

Paws dogs go through about two years of training before they are placed with their clients, at no cost to the client. The dog will help them do everyday tasks they they would otherwise need from a caretaker.

"They can open refrigerators or take a laundry basket, help someone take their shirt off, even open doors," Conway says.

During a Paws puppy's first year of training, they are placed with a raiser, who guides them through basic obedience classes.

FOX 17 is sponsoring a poodle named Scooter, who is entering his third month of training.

Many people shy away from raising a Paws puppy because turning them in at the end of the process can take an emotional toll.

“Yeah, you love this dog because you’re spending, you know, 24/7 with it," Conway says. "But this dog will actually change someone’s life and do some really quality-of-life-enhancing tasks for them.”

In addition to helping people with physical disabilities, Paws also offers dogs to people who are hearing impaired, where the dog will alert them to sounds around them. They also train seizure-response dogs, which help their client recover after a seizure.

One of the most common placements for a Paws dog is with a child with autism, "just, really, teaching the child responsibility, and it helps the child not bolt away from their parent," Conway says. "So the dog would actually wear a vest that has two different straps on it, so the parent would hold one, and the child would hold the other.”

Conway says the placements are life-changing, not only for the client but for their families and communities.

Raising a Paws dog requires a lot of hard work and dedication but doesn't require a background in training dogs.

“Really, what we’re asking is just to give the puppy a loving home, and we need you to put love into the puppy, so then that dog knows how to love their client," Conway says.

Paws has its own in-house veterinarian, which alleviates costs for the raiser. The organization also provides basic supplies to the raiser, like a crate, leash and collar.