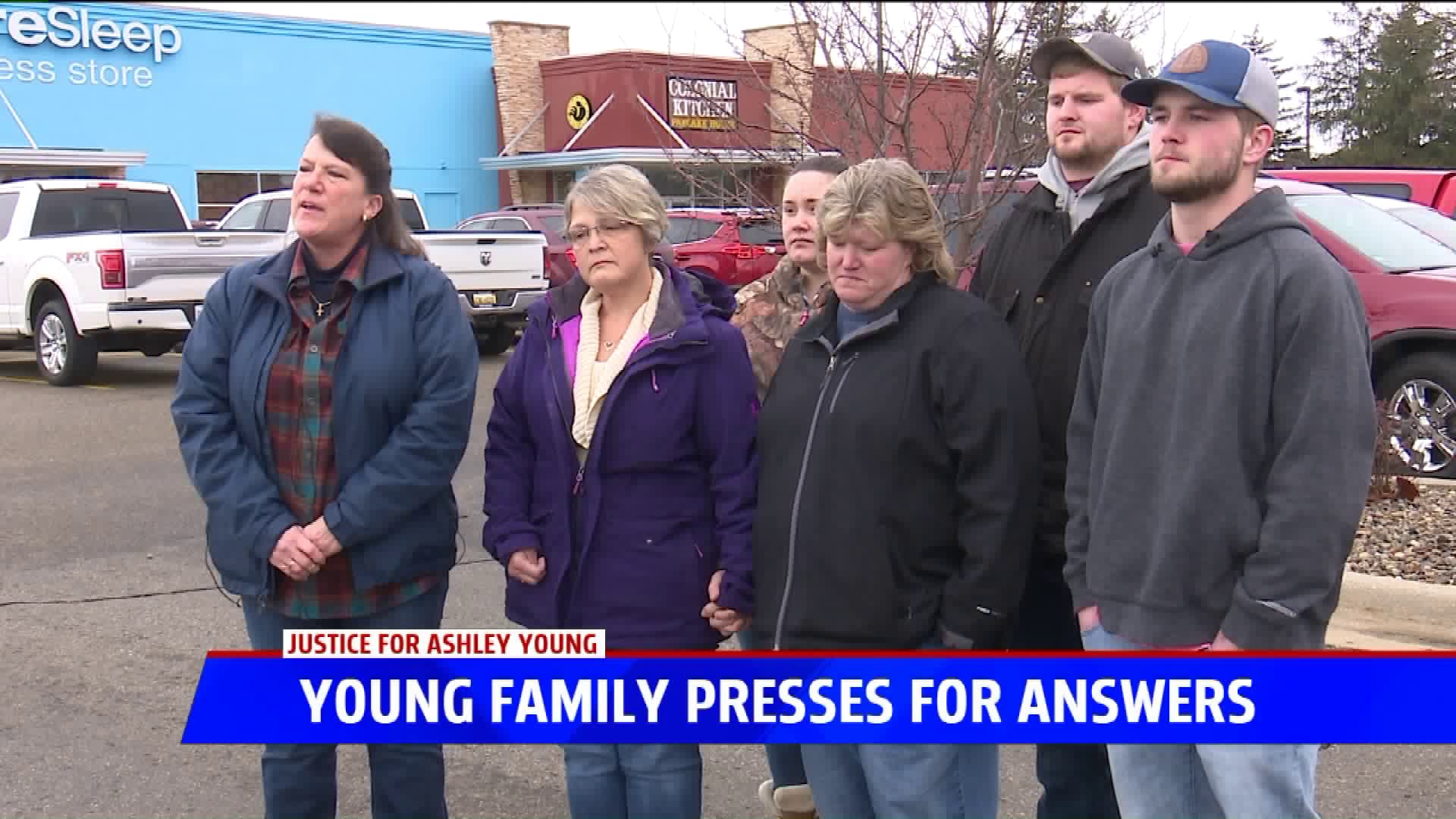 KALAMAZOO, Mich.--The family of a slain 31-year-old Kalamazoo woman is asking the man accused of mutilating her for answers. Ashley Young's mutilated body was found in Jared Chance's home in Grand Rapids on Sunday, December 2nd...two weeks later and young's family is still looking for the rest of her remains and the reason behind it all.

"If anybody was friends with Ashley why would anyone choose to do this" says Kellie Boers, Ashley Young family spokesperson.

A family, searching for answers, are now making demands.

"This is a plea to Jared we need you to step up and do the right thing," Boers said.

On December 2nd Ashley Young’s body was found in the home of Jared Chance. Court records show that chance told his parent's about Young's mutilated body, both are charged with failing to report her death to the police.

Now Young's family is asking the Chance family to break their silence and tell them where the rest of the 31-year-old's remains are.

On Saturday morning, Young's mother, Kris, attempted to visit jared chance in jail to get those answers, he turned down that visit.

The family is now coming together to lay young to rest something they say they didn't expect to do so soon and after such horrendous circumstances.

"What you did took away an amazing human being from this earth, the least you can do is do the right thing by this family. This family stands together because they love Ashley and they will everyday for the rest of their lives at least you can do is give them a little bit of peace," Boers.

Chance's parents have been implicated in Young's death. The three are scheduled to return to court early next year. To help Ashley Young's family put her to rest, stop by this link. Donations can also be taken directly to Lake Michigan Credit union.