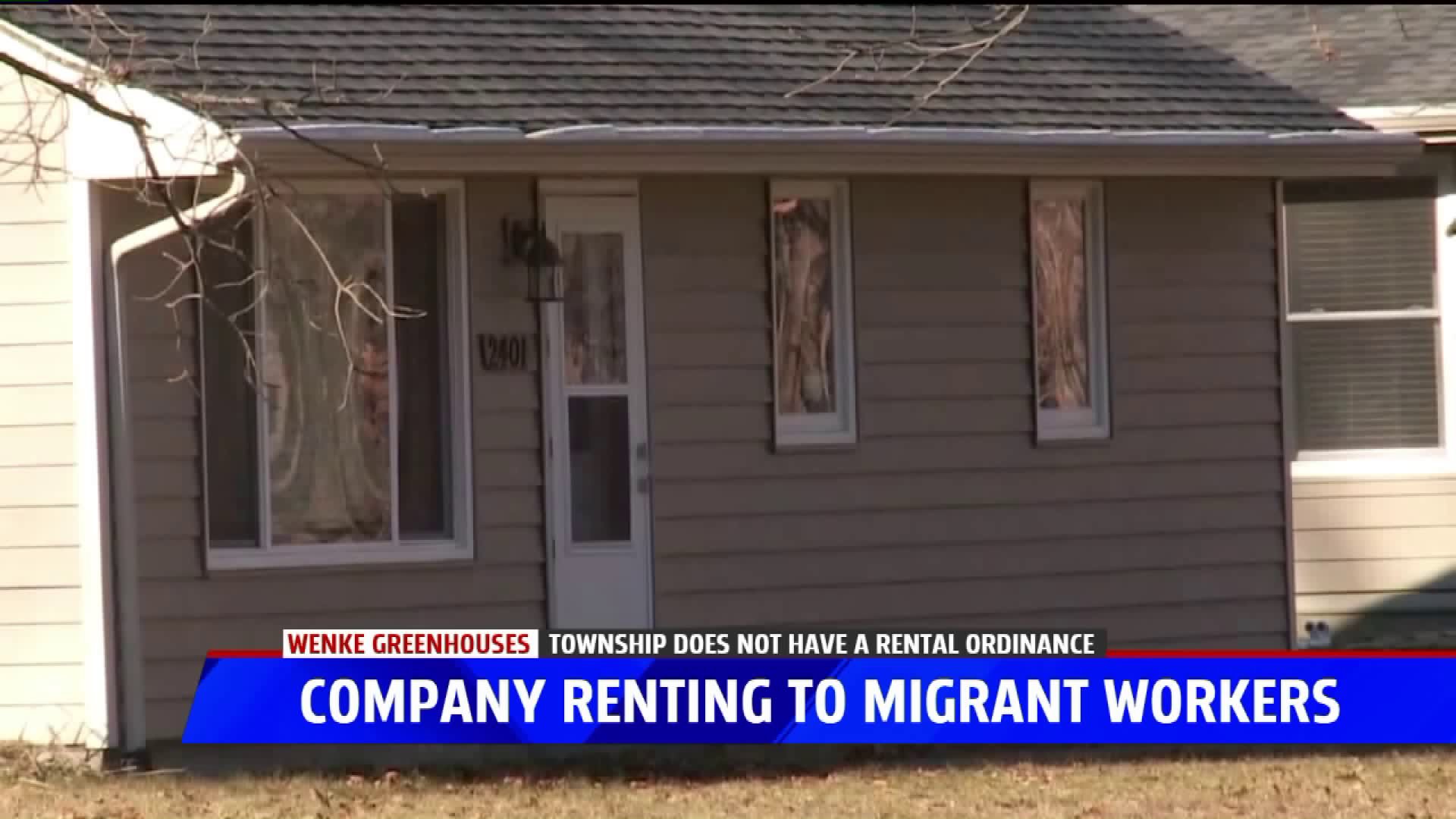 COMSTOCK TOWNSHIP, Mich. --  Wenke Greenhouses in Comstock Township says it needs summer help for the 2019 season and plans to use workers as part of H-2A program, a temporary agricultural program that allows people from other countries to come to the U.S. to legally work in the agricultural industries.

“We’re very much struggling to find people to come to work, with the seasonal nature of what we do,” said Lisa Ambrosio, owner of Wenke Greenhouses.

34 migrant workers will arrive in January, and Wenke plans to house them in the rental homes near Wenke offices on 30th Street in Comstock Township. Currently, there are no rental ordinances in  the township, so it's entirely up to the landowner who lives on their property.

“Just like any house that you could rent out to somebody, the house is already there. There’s no ordinance against leasing it to whoever you want,” Ambrosio said.

Some neighbors who live near the rental homes say they wish the had been notified by Wenke of their plans.

They also say they have concerns about the workers who are coming to the area. “I’m concerned about our property value out here. I don’t think we need anything like this,” Comstock Township resident Donna Standish said. “They’re all men, so it’s not families. Before, there were families in there, and I still had trouble with them.”

Others spoke at the planning commission meeting Monday night, saying they feel unsafe with the workers living in their neighborhood.

But Wenke Greenhouses says the workers are nothing to worry about.

“The people that are coming will be vetted. They will have gone through background checks. Everything they are doing here will be very much under scrutiny,” Ambrosio said. "There’s a lot of people that are concerned with what’s happening, and we are, too. We’re very much wanting to make sure that we work with the Comstock community and do the right thing."

Wenke Greenhouses has said that they would like to build additional housing for migrant workers, but they will need to have township approval before they do so.