1 person in custody after SnapChat threat at GR school 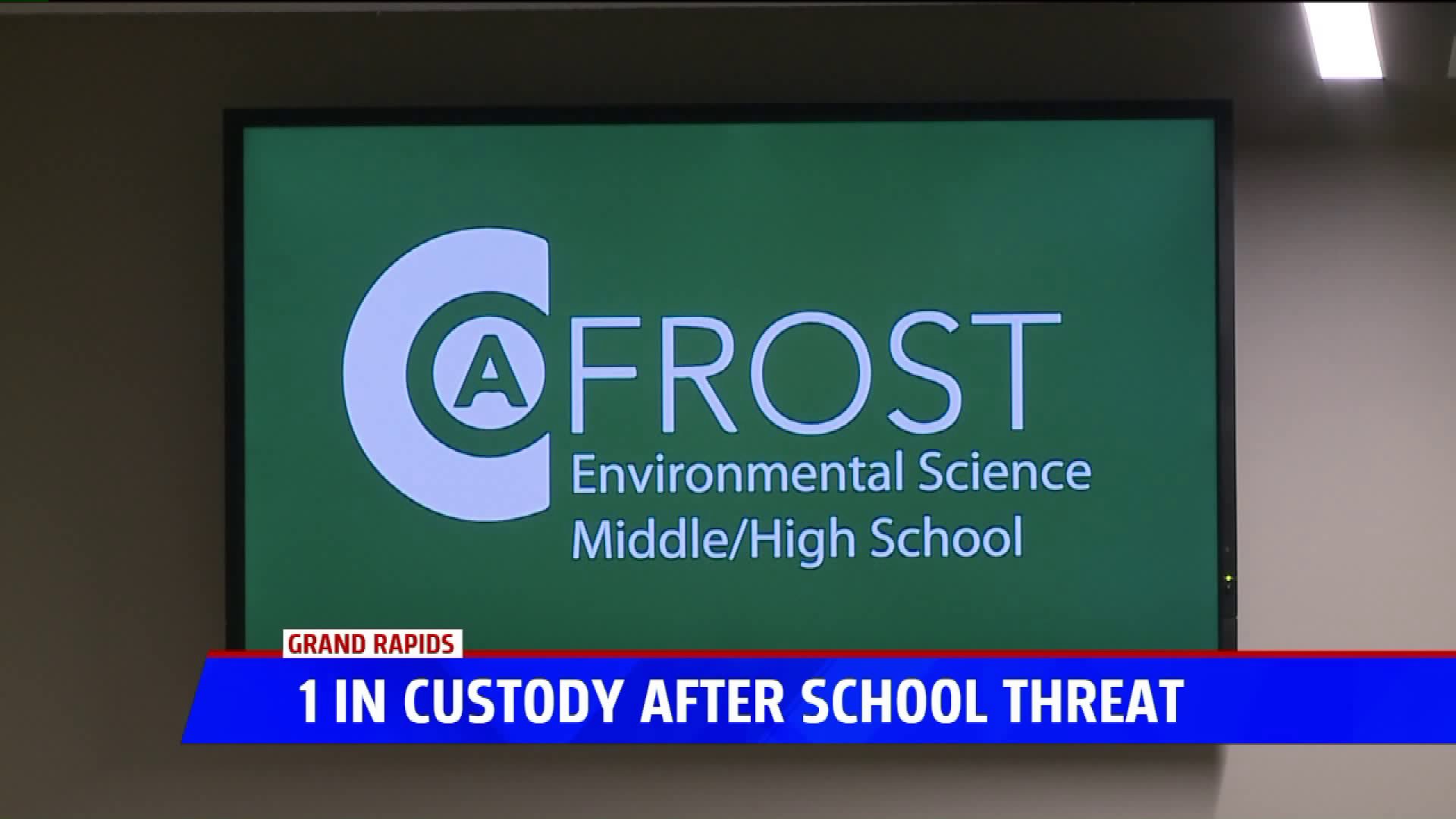 GRAND RAPIDS, Mich. -- One person is in police custody being questioned in connection to a threat that was posted on social media, threatening a shooting at a Grand Rapids school.

Officials say the threat was made to students at C.A. Frost Environmental Science Academy, which has two  campuses, one on Covell Avenue and  another on Laughlin Drive in northwest Grand Rapids.

Grand Rapids Public Schools spokesman John Helmholdt told FOX 17 they have identified the individual responsible for making the threat and  are 100 percent the situation is under control with no threat to the school.

Grand Rapids police say its too early to call the person in custody a suspect.

The social-media threat said, "If you go to C.A. Frost don't go to school tomorrow. I am going there with a gun to shoot everyone."

Helmholdt said they immediately sent a robocall, a text message and an email to all parents at both C.A. Frost campuses about the situation.