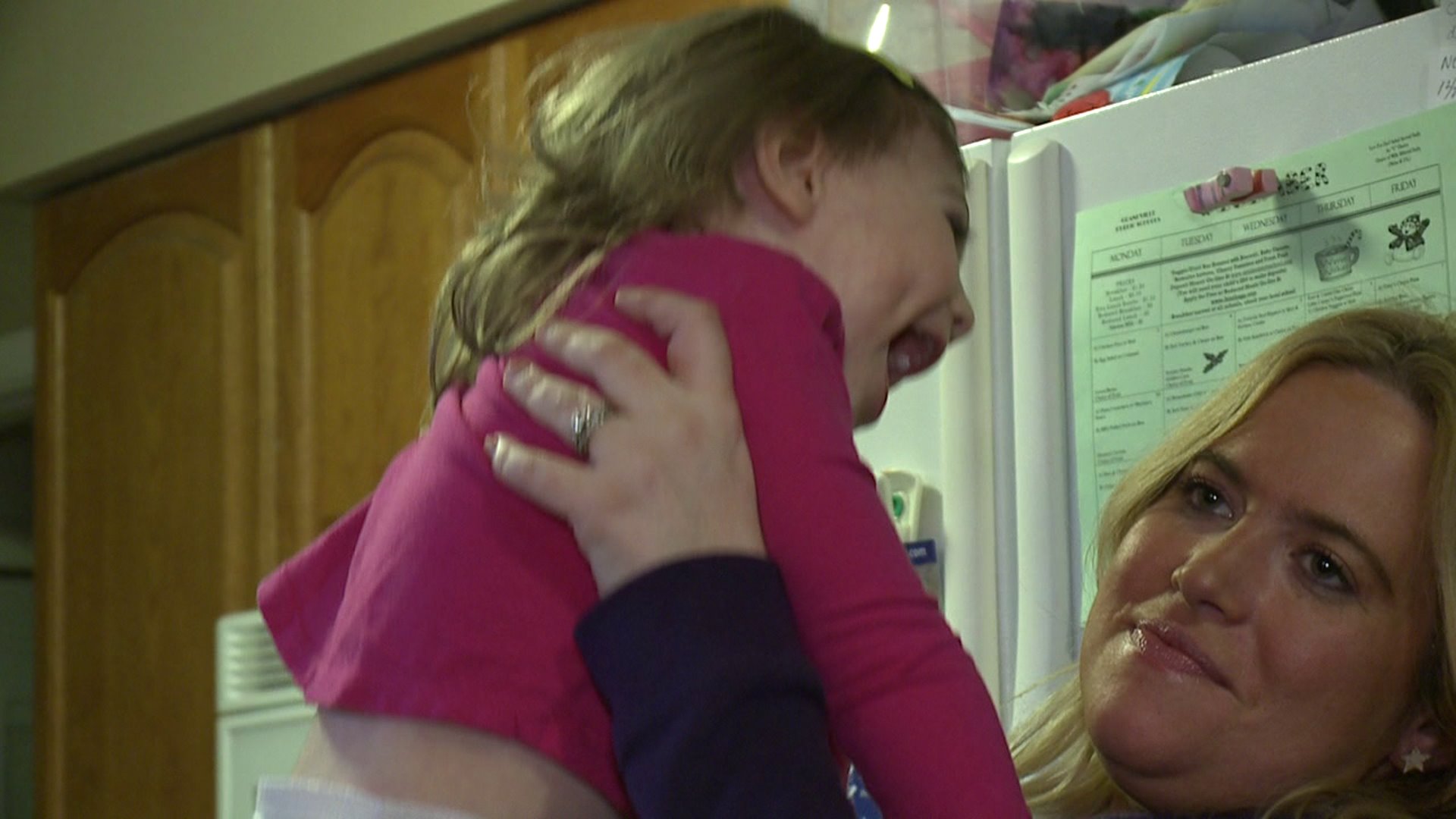 WYOMING, Mich-- Hiliary Dykstra says her daughter Claire has been through a lot. Born missing part of her brain, at two-years-old, Claire just learned to crawl, and is starting to walk.

“She has fought through every day, from day one, till now. That’s why we just rejoice in what she can do, and what she continues to do,” said Hiliary Dykstra.

Hiliary says Claire goes to Rogers Plaza once a week with her grandpa and her therapist to practice walking. That's what they were doing last Thursday, when Dykstra says an employee at the mall asked them to leave, because Claire was sitting on the ground.

“When she’s walking, she does a very good job. She’s come so far. But she does need rest breaks. Sometimes she just sits. It’s part of her condition, it’s part of her disorder,” Dykstra said.

Hiliary says her father tried to explain to the employee what was happening. In a video recorded by Claire's therapist, the employee asks them to leave, and threatens to call police if they don't.

“He didn’t want to understand that she had a disorder. That she was born without part of her brain,” said Dykstra.

The video is frustrating for this mom to watch.

“As a mom, my heart was broken. Because, we’ve watched her struggle through this, make progression. And to see someone so not understanding of what was going on, my heart just sank,” Dykstra said.

Dykstra explains, because of Claire's disorder, she knows she's capable of walking. She just can't physically do it yet.

“You see in the video she’s crawling. Because she was getting upset. She wants to go. She should be walking,” Dykstra said.

FOX 17 did call the owners of the mall for comment.  They directed us to their legal representation, Jason Chozick.

Chozick told FOX 17 children sitting or crawling on the floor poses a safety risk for other people at the mall, and that Rogers Plaza is not the place to do physical therapy.

Dykstra says thankfully, multiple other area malls are willing to accommodate her daughter. That's where they'll be going from now on.