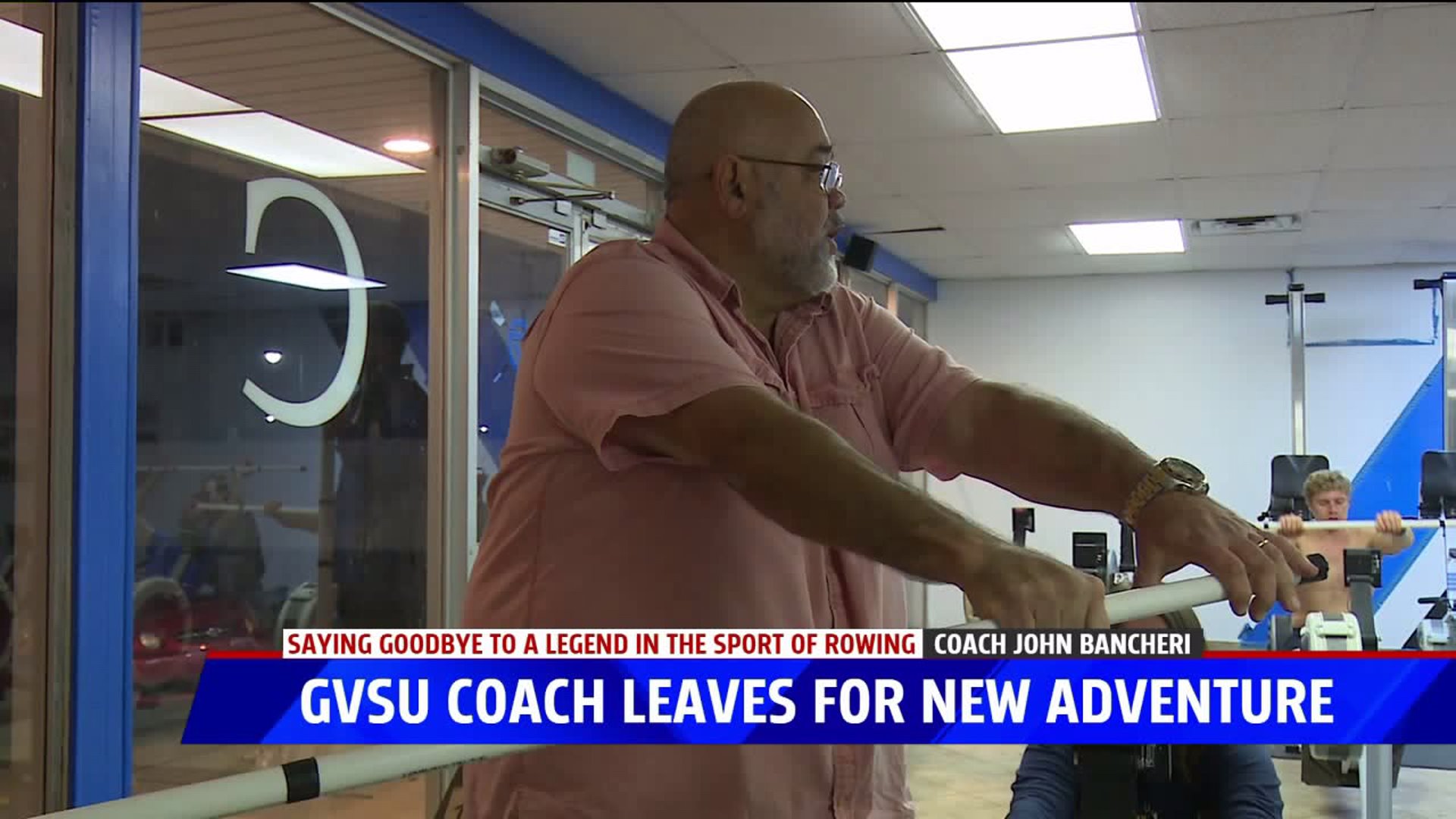 ALLENDALE, Mich -- John Bancheri has built a dominant rowing program at Grand Valley. For the past 15 years, Bancheri has been leaving an impact on his athletes and has turned GVSU into one of the top teams in the nation.

"When I first got here, there were a few nice boats, but the rest looked like an Earl Shieb used car lot. You know? I'll paint your car for $99.95," Bancheri said with a laugh.

Now, Bancheri is getting set to leave Allendale for a new adventure at Stockton University in Atlantic City, New Jersey, where he's originally from.

"Who ever is going to take it has a gold mine," he said, "I was given a gold mine to build, and I built it, now I'm leaving a goldmine, and all they gotta do is keep mining."

While he may be leaving the Lakers program, his legacy will continue, especially in the men and women he's coached.

"I think it's hard to replace somebody as passionate and motivated and so encouraged into his job as Bancheri," GVSU alumna Sarah McIllduff stated.

Not only is McIllduff a former rower of Bancheri, she was also the 2011 World Rowing Champion and made it to the 2012 London Olympics as well.

"I feel like I would really like to see the next person that comes in try to emulate that type of leadership and really, passion with the sport, and wanting to improve the athletes and the team and keep it going," she added.

"You know, it's the oldest sport here on campus, it's been here since 1964, and you want to pass on that legacy and pass it on to the next group of athletes that come through the program," Collins said.