Wayland basketball continues to send players to the next level 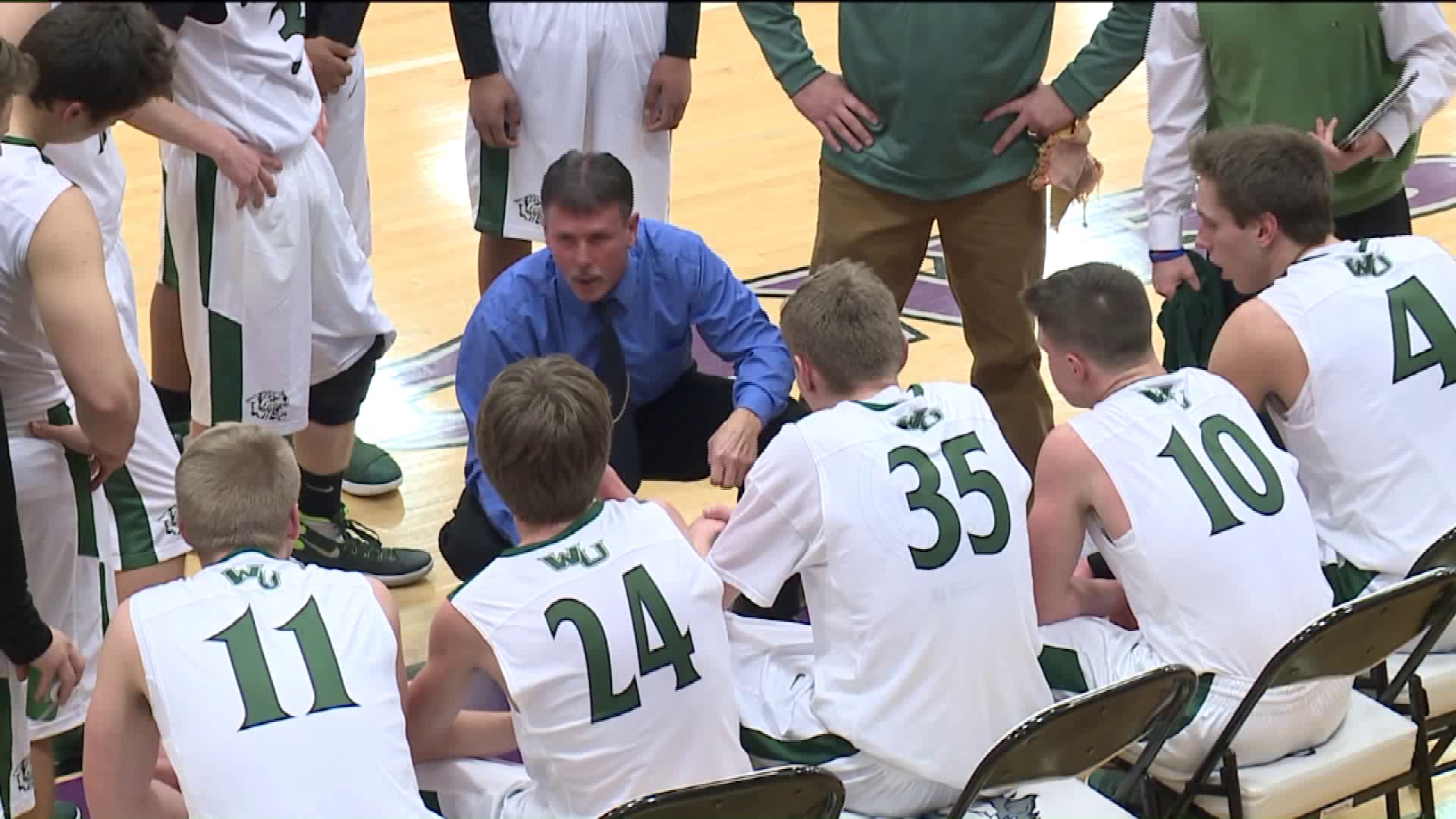 WAYLAND, Mich -- Wayland boys basketball head coach, Mike Hudson is now in his 26th season of coaching. Hudson has turned the Wildcat program into one of the most consistent in all of West Michigan, especially over the past few seasons. Now, he's watching former players have success at the college level, including right here in West Michigan with Cornerstone freshman, Carter Nyp and Davenport sophomores Avery Hudson and Zack Nieuwkoop.

"It's kind of cool to see how far basketball brings you," Avery Hudson stated, "especially from Wayland because it's not a very big town."

"It's so cool knowing you've played with those guys in middle school and high school," Nyp stated, "it's so cool seeing them do big things."

"It's awesome, you get to play with those guys all the time," Nieuwkoop said, "I played with Carter [Nyp] for two years and it's really cool to see how their hard work paid off and it's just going to continue for Wayland."

And it likely will continue. Coach Hudson says he's just grateful that his players have used a few things he's taught over the years.

"It's a fulfilling thing that you've taught some kids some things, so that when they go to the next level they don't have to sit and wait," Hudson said. "It's nice to know that your program has made them ready for what that step is."

Nieuwkoop says all of the players that come through the program are thankful for Coach Hudson.

"He's one of the best coaches I've ever had," Nieuwkoop stated, "one of the greatest coaches in Michigan in general for high school so it speaks to his testament of how he develops players and how he gets teams to come together and win."

Coach Hudson credits a family-first attitude that has been created inside of his program.

"The players talk about what a family is," Hudson said, "so that kind of ignites from within, that family atmosphere and what it is to be a Wayland basketball player."

"I'm super thankful, that's probably why I'm here," Nyp said, who is playing significant minutes in his freshman year, "Coach Hudson developed me so well I'm just so thankful for my time there."