More than 15 million Americans have alcohol use disorder, study says 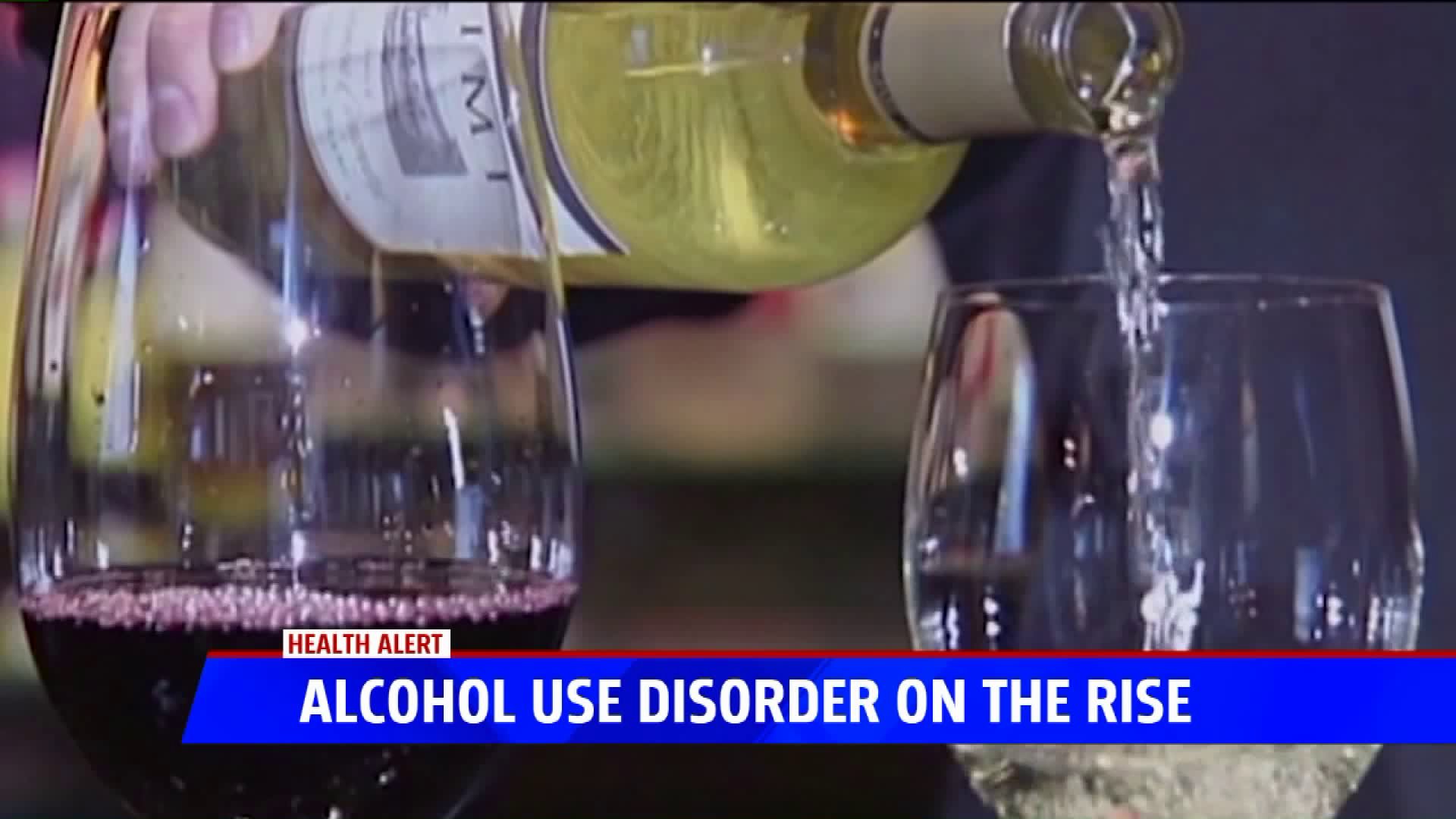 SEATTLE, Wash. --Millions of Americans--many of the 70 percent who consume alcohol--welcomed 2019 with a drink in their hand and for more than 90 percent of them, the cheer can be managed.

But according to the National Institutes of Health, more than 15 million Americans have alcohol use disorder.

Teena Richardson in Seattle was among them.

"I wasn't drinking wine anymore. It had escalated to hard alcohol," says Richardson, who says she nearly lost everything to her addiction. "I wanted to get the buzz as fast as I could get it, and I wanted to hide it so that nobody knew."

Her husband of 28 years threatened to leave. Two adult children said they'd make it without her if she didn't quit the bottle.

The decision faces an increasing number of women especially.

The recent study found that between 2006 and 2014, alcohol-related visits to the emergency room increased 47 percent, to 5 million.

The largest increase was for women between the ages of 45 and 64.

"If I went to somebody and said, 'You could eliminate 15 percent of emergency room visits; would you do it?' And they'd be, like, 'Absolutely.' Well, that means cutting out alcohol. 'No, no, we're not going there," said Dr. Eric Shipley, medical director with Overlake  Medical Center in Seattle.

88,000 people die from alcohol-related causes each year, making it the third leading preventable cause of death, behind only smoking and obesity.

"It's one of the most dangerous drugs there is," says Dr. Harris Stratyner, a New York psychologist who treats dependency and addictions. "It's a little slower to kill you. It might take 10 years before it causes cirrhosis, but it's gonna kill you."

For those who do start drinking but then can't stop, there's a number of treatment options.

Richardson tried outpatient therapy and Alcoholics Anonymous, but after a year, she relapsed. Then she went to Schick Shadel Hospital in Seattle for a 10-day aversion therapy program aimed at taking away the craving for alcohol.

"What we do is we pair the experience of nausea with the thought, smell, taste and sight of alcohol," said Dr. Erick Davis, medical director Schick Shadel. The hospital also uses sedation therapy to drill affirmations into the brain.

Richardson says she hasn't had a drop of alcohol in seven years.

"Now I'm present, and I'm mindful of where I came from. And the test of alcoholism gave me a testimony. I'm on the other side of it," she said.

Studies show the number of drinkers and the overall amount of alcohol consumed is staying fairly steady, but there's a growing problem with binge drinking which accounts for about three-quarters of the $250 billion annual cost of alcohol misuse in the country.

To get help for yourself, here are some local resources: Rehabs.com, Psychology Today.