Woman tried to poison husband by pouring antifreeze into his drinks, prosecutor says 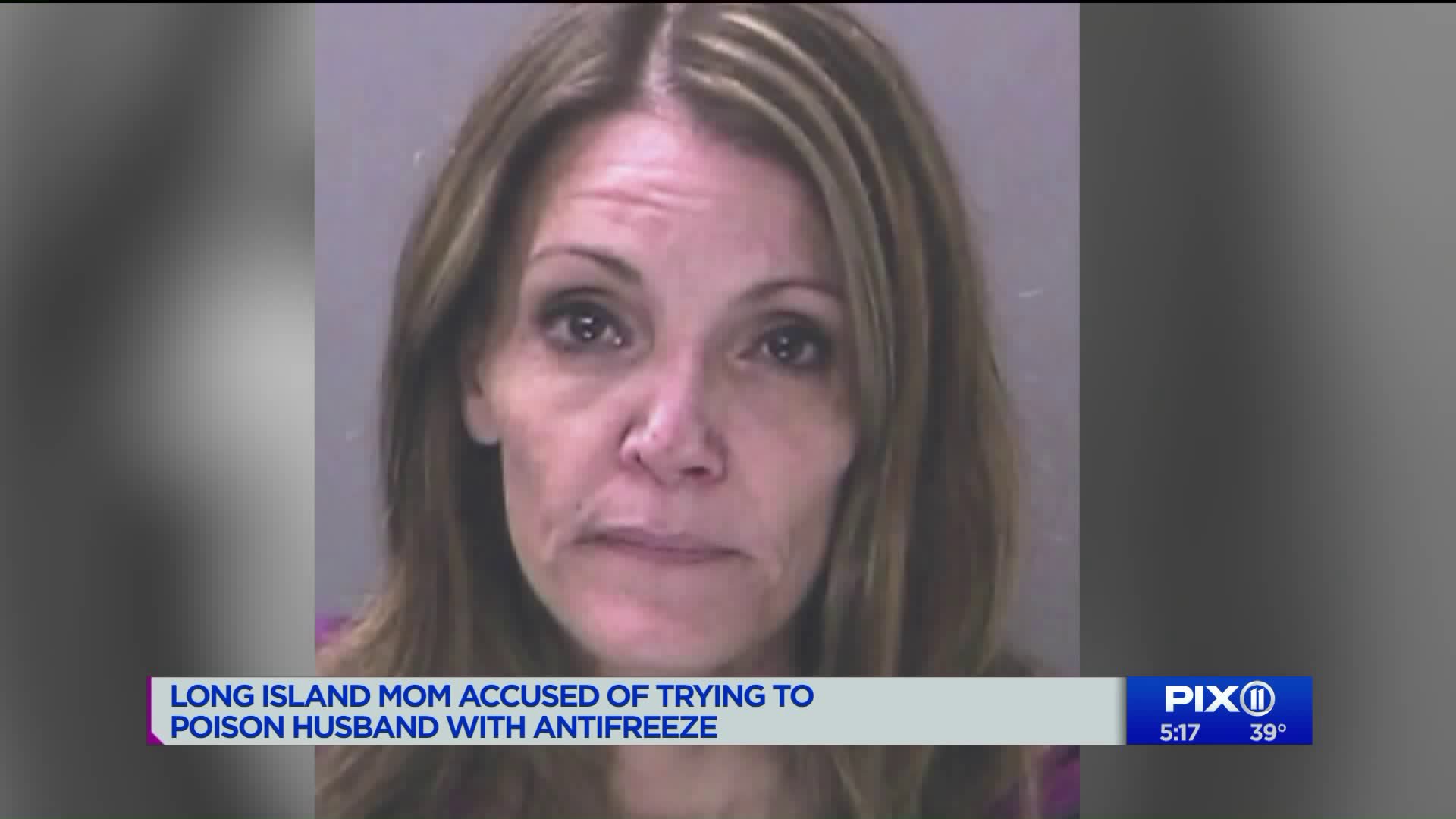 Renee Burke, 40, of Holbrook, pleaded not guilty to charges of attempted murder of her estranged husband Matthew Burke. She`s also charged with attempted assault, burglary and endangering the welfare of a child, according to Suffolk County District Attorney Timothy Sini.

NEW YORK – A New York woman faces multiple charges after she allegedly tried to murder her estranged husband by poisoning his drinks with antifreeze, a prosecutor said Thursday.

Renee Burke, 40, allegedly broke into Matthew Burke's Long Island home to slip the deadly ingredient into his beverages. Burke, who faces charges of attempted murder, attempted assault, burglary and endangering the welfare of a child, pleaded not guilty.

Officials say it started when Burke, with her kids in tow, entered his home and poured pink antifreeze into a wine bottle. On Sept. 6, Matthew Burke poured a glass of the wine but spit it out after tasting something odd, he told investigators.

Burke initially thought the wine had turned bad, but then a babysitter told him one of his children said that "Mommy came and put something in Daddy's drink," according to Suffolk County District Attorney Timothy Sini.

On a second occasion, Sini said that Renee Burke poured antifreeze in Matthew Burke's soda, which he also noticed and spat out.

On a third occasion that was caught on video, his wife allegedly mixed the antifreeze into another bottle of wine. Sini said Renee Burke used baby bottles to pour the concoction into a wine bottle in his refrigerator, unaware that he had set up a surveillance camera at the suggestion of police.

Detectives initially arrested Burke for the alleged burglary when she met her husband to give him their children, ages 4 and 8. Matthew Burke has primary custody.

When questioned, Renee Burke claimed she poured fruit juice into the wine, according to the DA. Her internet history contradicted that explanation, investigators say, and included multiple searches about the lethality of antifreeze.

Mike McKie lived next door to the Burke family in Holbrook for years.

"As things went on police were called a few times so it raised some suspicion. But both of them respectable people, looked like great parents. Just a rough relationship," McKie said.

He knew there were problems at the Grundy Avenue home but never expected Renee would allegedly try to kill Matthew.

"That's a shocker, I mean that's a big shocker. To say she attempted to kill him," McKie said.