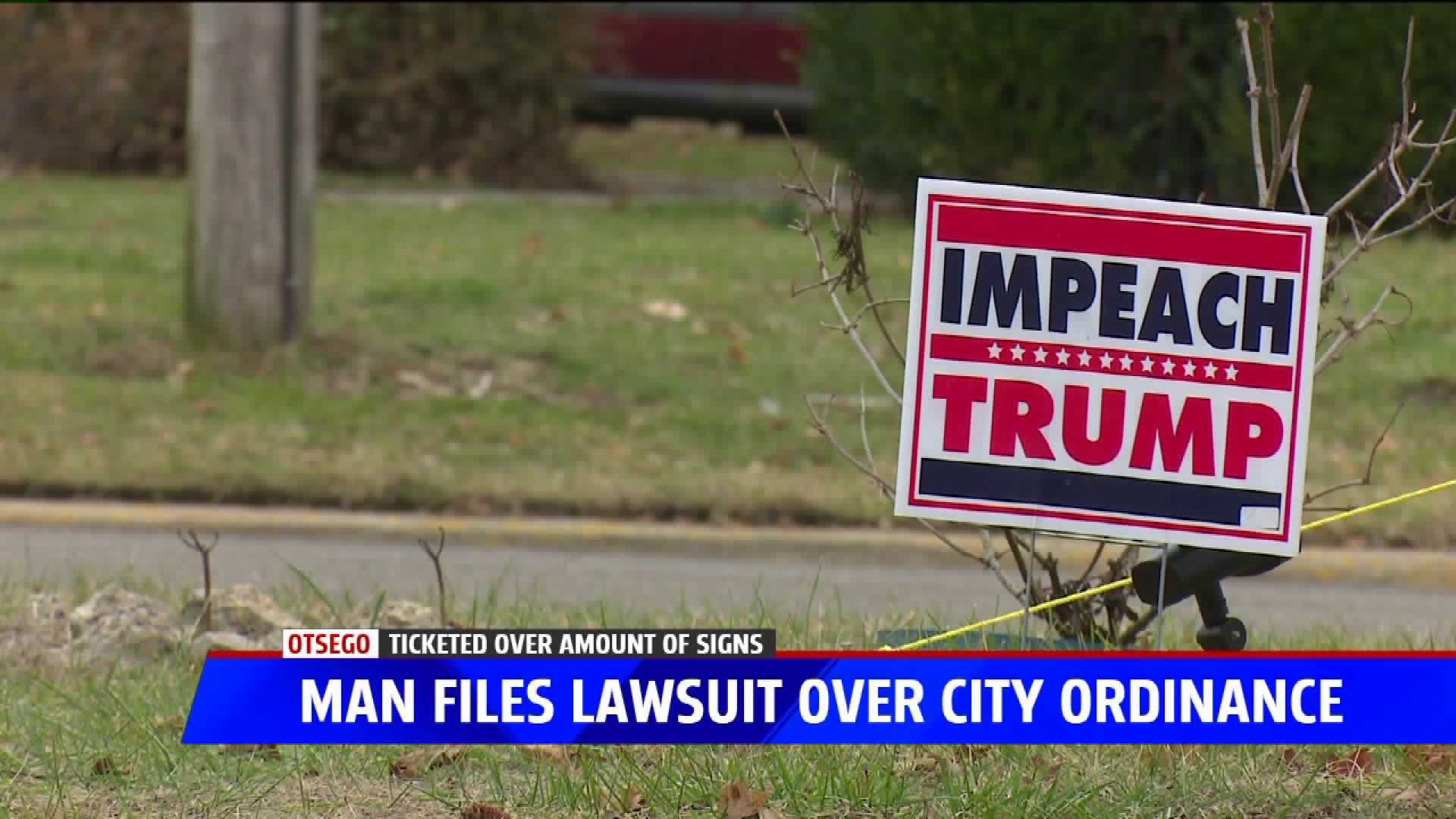 OTSEGO, Mich. -- Mike Ransbottom is taking legal action against the City of Otsego after receiving a civil infraction for violating city ordinance with the size and number of his political signs opposing President Trump.

Ransbottom's attorney, Robert Levi, says this issue is not about political views but rather First Amendment rights.

“If we want to continue being a democratic country, that’s really the most important right: freedom of speech and the ability to vote,” Levi said.

Mike's neighbor Stephen Sisson says he doesn't mind the signs. “I think they’re fine,” he said. "I think it’s important to say what you want politically." Adding that though he may not agree with the content of the signs, he agrees with his neighbor's right to share his thoughts. Sisson says when he noticed Mike cutting down one of the signs to conform to the city's square footage size requirement, he helped him out. “I think the First Amendment is extremely important, whether I agree with him or not,” Sisson said.

Otsego city officials didn't get back to us with a comment.

The lawsuit is in its beginning stages.