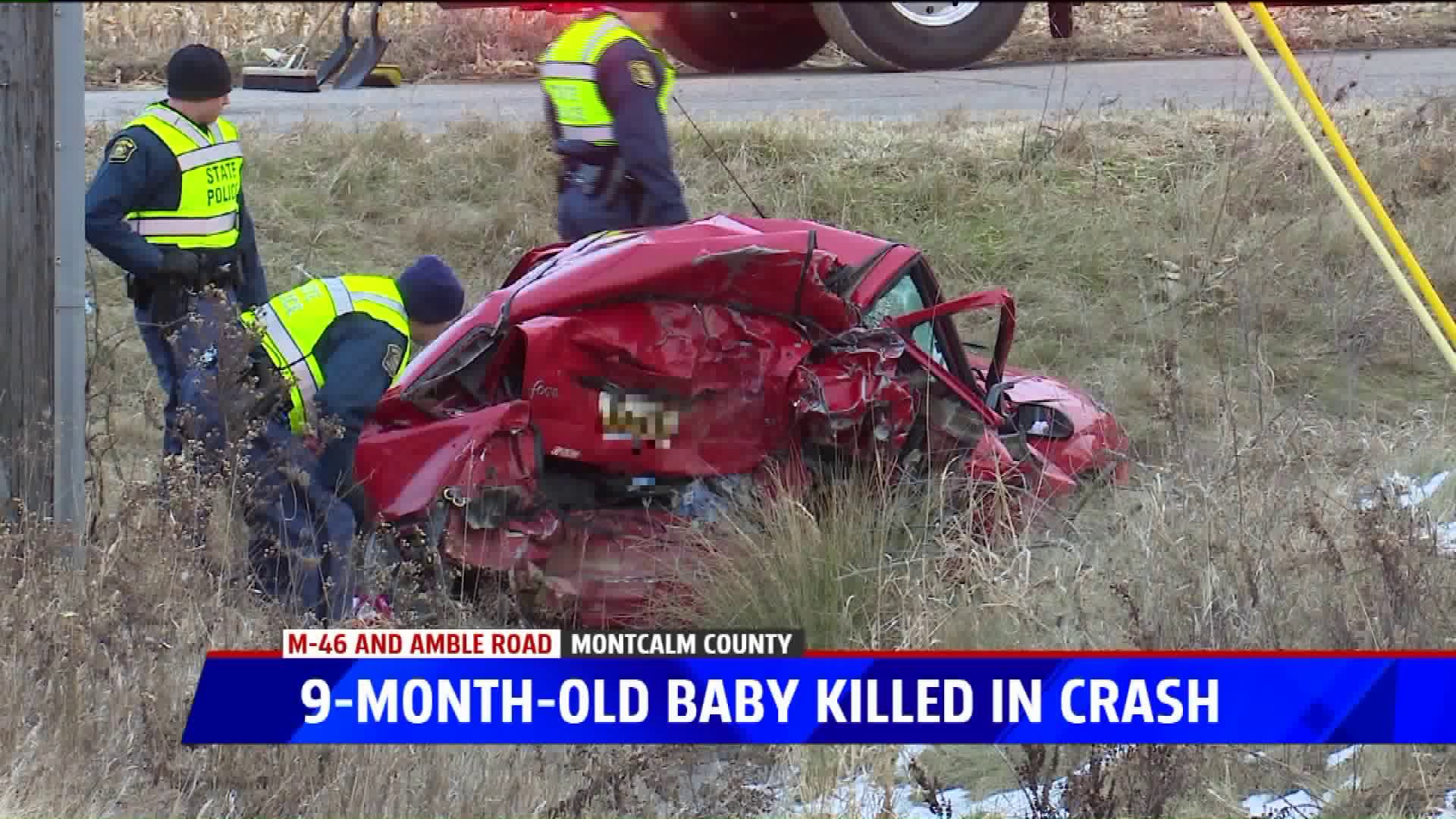 WINFIELD TOWNSHIP, Mich. -- A 9-month-old baby has died after a 3-vehicle crash near the town of Amble in Montcalm County.

Police on the scene told FOX 17 a vehicle was going eastbound, getting ready to turn onto Amble when it was rear-ended by another car which pushed it into the other lane where it collided with a pickup.

Four people were inside the vehicle that was rear-ended, including a 9-month-old baby girl who didn't survive.  Police say the 46-year-old driver in that vehicle had non life-threatening injuries.  The 18-year-old female passenger in the front was airlifted in critical condition. The other passenger, an 18-year-old male,  was also transported to the hospital, according to police.

Investigators say the 27-year-old that rear-ended that vehicle was hospitalized with minor injuries.  The 54-year-old woman driving the pickup truck also had minor injuries.

M-46 was closed while police investigated the crash. It was re-opened around 6 p.m.

No names have been released at this time.